Gold placers were discovered in Idaho in 1852 along the Pend Oreille River (Ross, 1930b, p. 2); however, Staley (1946, p. 5) considered the placer discovery at Pierce City in 1860 as the earliest discovery of consequence in the State. Other placers were discovered in Elk City, Orofino, and along the Salmon River in 1860 and 1861, and a year later discoveries were made at Florence, Warren, and Boise Basin. 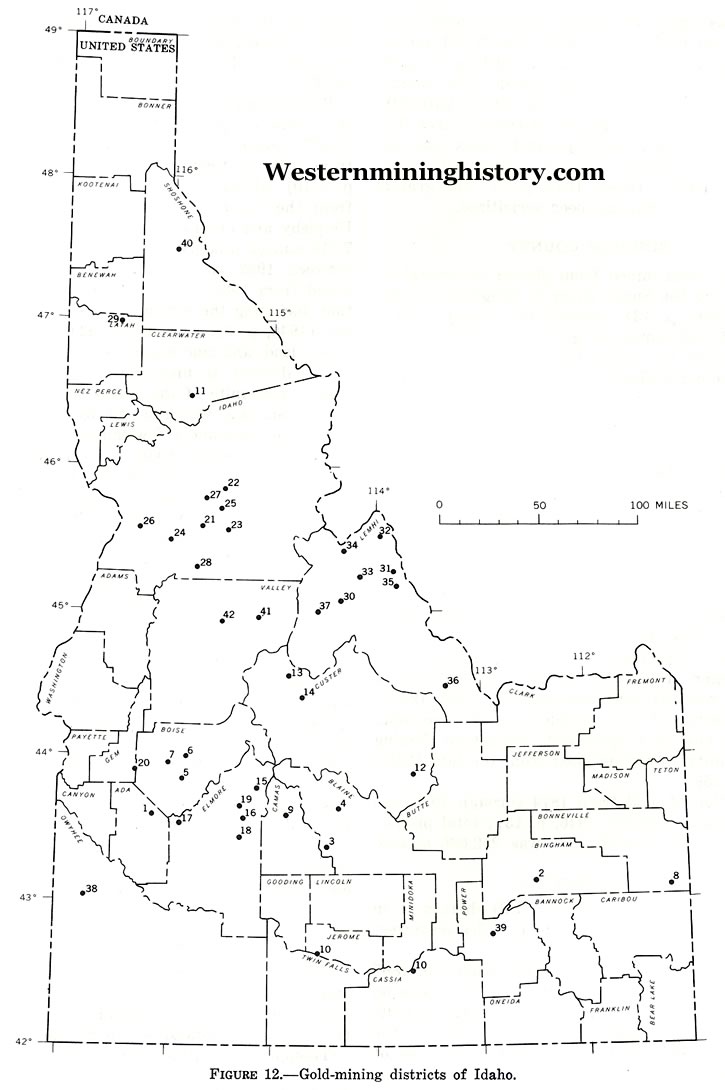 With a slight decline of placer mining after 1870, lode deposits, which had been known and worked on a small scale since 1861, became more important, though placering was rejuvenated in 1897 by cheaper dredging operations and it continued to furnish most of the gold. After a lull in mining from 1870 to 1880, the industry revived, but after 1900 gold declined in importance among the mineral commodities mined in Idaho (Ross, 1930b, p. 3). 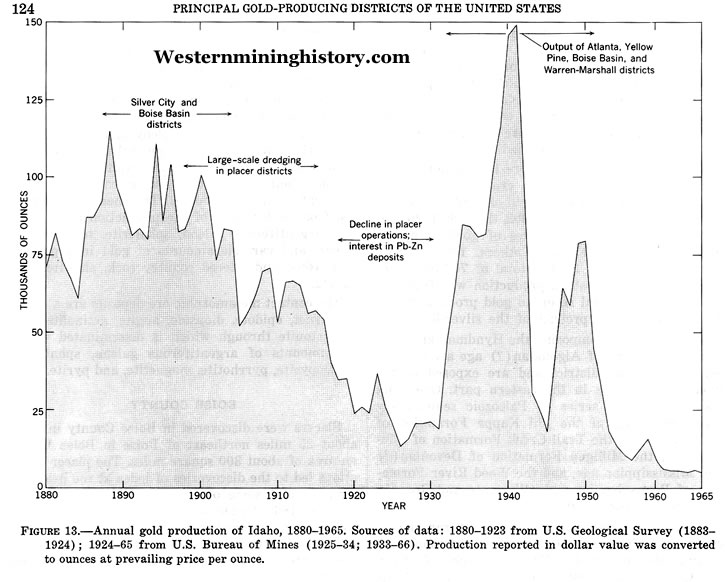 The lode gold deposits of Idaho are related to the huge Idaho batholith, a mass of granitic intrusive rocks that occupies much of the central part of the State. Most of the deposits are near the contact of the batholith, either in the granitic rocks or in intruded rocks which consist of sedimentary, meta-sedimentary, and volcanic rocks.

It is almost impossible to ascertain accurately the gold production of individual counties in Idaho. Much of Idaho's gold was produced before 1864, when the area became a territory and was politically subdivided. Counties were formed gradually, and many of the younger counties were formed from parts of older ones; consequently, some mining districts were originally in one county but later in another, and part of their production was reported by both counties.

Further complicating the issue is the lack of any county production data before 1880, except for Boise and Idaho Counties. Total recorded production for all counties accordingly is less than that for the State.