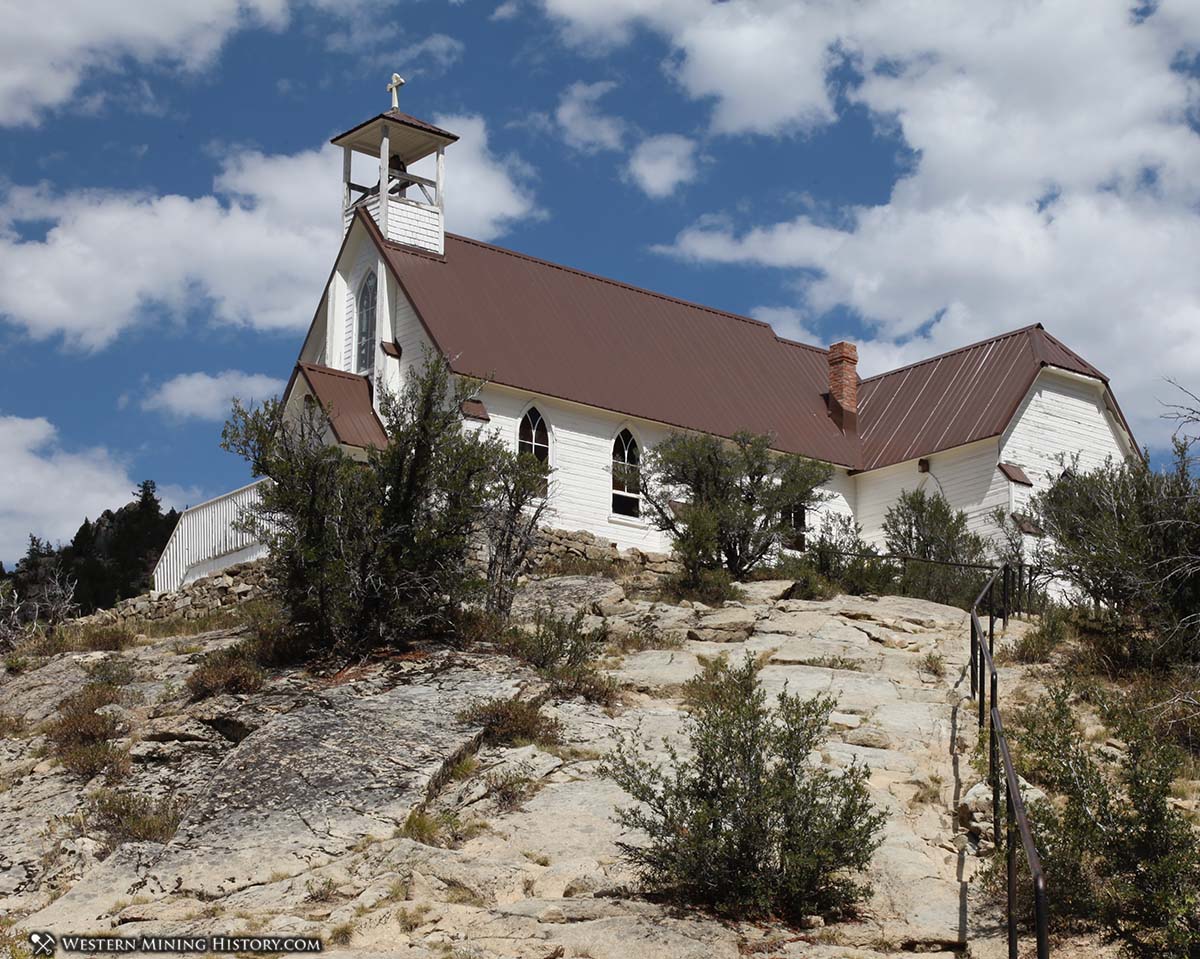 Our Lady of Tears, Silver City

The history of the church in Silver City goes back to the days of the Idaho Territory. The church, originally named St. Andrew's, was dedicated on December 18, 1868. That building was sold in 1873 and no Catholic church existed in Silver City until 1882. On November 5, 1882, St. Andrew's was rededicated under the title of Our Lady of Sorrows with a new church building on Jordan Street. During the years between 1900 and 1925, mining in the area dwindled and Silver City gradually declined. St. Andrew's fell in to disrepair and was abandoned.

The current church building was donated in 1928 to the Catholic Diocese by the Episcopalians. The Episcopal Diocese had been approached by some Namp businessmen who wished to buy their church building (St. James Episcopal Church) and convert it into a roadhouse. To spare the church this fate, Episcopal Bishop Barnwell offered it to Bishop Edward J. Kelly of the Roman Catholic Diocese of Boise. The church was thus rededicated as Our Lady of Tears Catholic Church.