Published in the 2016 Mining History Journal
By Larry Godwin

Click here to read part one of Silver Lake Basin: A Mining Chronicle

Subsequent Progress and Decline
Unfortunately the Guggenheims lacked the personal interest and purity of motive Edward Stoiber possessed. Furthermore, within three months of the sale, the principal vein at the Silver Lake pinched out,80 leaving the costly operation with much less payrock than the new owners had supposed. Whether Stoiber knew the situation before the sale remains uncertain. The new manager directed his miners to extract existing ore and drive new exploratory workings in search of the lost vein and others. These undertakings succeeded, exonerating Stoiber. Nevertheless, through 1902 the crew squeezed out just 260 tons of product per day, approximately one quarter of the new mill’s capacity.81

In 1903 the Guggenheim company merged with the giant American Smelting and Refining Company (ASARCo),82 which some of the nation’s most powerful smelter men had organized in 1899.83 The combined entity controlled Edward Stoiber’s Silver Lake empire and operated it to both exploit the mine’s profitability and provide a source of ore for its Durango Smelter. But in October 1904 a blaze destroyed the tramway’s turning station above the Iowa Mill, pulling over a number of towers on the Silver Lake and Unity segments, and, in the process, dropping all their buckets. The accident resulted in halting the entire operation. The domain’s manager, Rowland Cox, could have brought the old mill at Silver Lake Basin back online but declined to do so.84

H. A. Guess, mill assayer, replaced Cox in 1905 and returned the Silver Lake Mine to full production. But April 20, 1906, an arsonist set fire to the new Silver Lake Mill on the Animas River, causing $250,000 in damage85 and destroying, as well, the lower tramway terminal. Guess ordered a second suspension of operations at the mine. On April 21, the day after the mill burned, at the age of 51, Edward Stoiber died of typhoid fever while on vacation with Lena in Paris.86

Later that year ASARCo initiated construction of a much smaller replacement mill on the same site and workers completed it in 1907.87 But then another national recession struck.88 The company closed its new facility in 1908 and leased out blocks of ground at the Silver Lake to small parties instead of working the mine itself.89 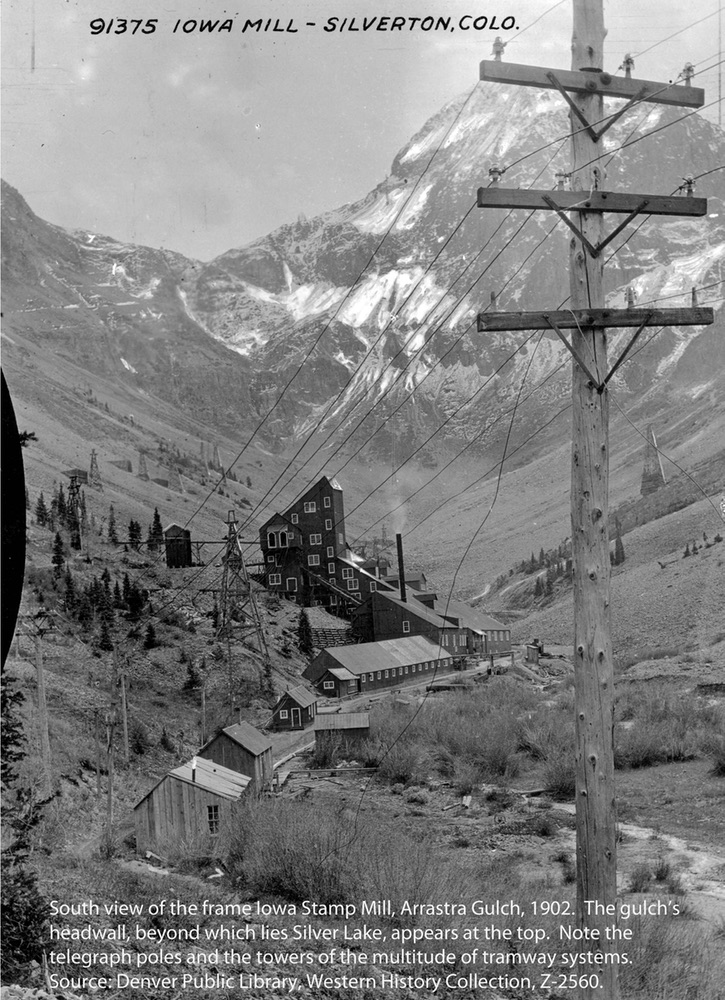