Location
The Jamestown district is in western Tuolumne County. It consists of that portion of the Mother Lode belt that extends from French Flat southeast through Rawhide, Jamestown, Quartz Mountain, and the town of Stent to the vicinity of the Belcher mine, a distance of about eight miles. It also has been called the "Jimtown" district.

History
The streams and rich surface ores were first worked in the gold rush. Jamestown was established in 1848 by Colonel George F. James, a lawyer. Hydraulic mining began at Stent soon afterward, and the lode mines were active from the 1860s on. The placers at nearby Campo Seco yielded $5.5 million and those at Jamestown $3 million. From around 1890 to World War I lode mining was a major industry; in 1906 more than 300 stamps were "dropping" in the various mills. There was some activity again during the 1920s and appreciable activity during the 1930s. There has been minor prospecting and development work in recent years at a few of the mines. The value of the total output of this district is estimated at more than $30 million.

Geology
In the north portion of the district, the deposits occur along a northwest-striking contact with serpentine to the southwest and phyllite, slate, and metaconglomerate to the northeast (fig. 16). In the central and south portion, the deposits are at or near the contact between massive greenstones and slates on the west and chlorite and amphibolite schist to the east. Latite of Tuolumne Table Mountain crosses the belt north of Jamestown, and Tertiary gravel deposits underlie the latite in the vicinity of the town of Rawhide and to the southwest. At Quartz Mountain the Mother Lode belt swings from a northwest-southeast strike to almost due south.

Ore Deposits
Outcrops consist of massive quartz veins up to several tens of feet in thickness, adjacent bodies of ankerite-quartz-mariposite rock which sometimes are scores of feet thick, as well as bodies of mineralized schist and numerous parallel quartz stringers. These deposits often contain abundant disseminated sulfides (as much as eight to 10 percent of the total rock), which are mostly pyrite. The gold occurs in the native state or with pyrite. Milling-grade are usually averaged y, to Va ounce gold per ton, but the are shoots were large. The are shoots had stoping lengths of as much as 400 feet or more, and several veins were mined to inclined depths of several thousand feet. A number of high-grade pockets have been found in this district. In places silver is abundant, and tellurides have been encountered. 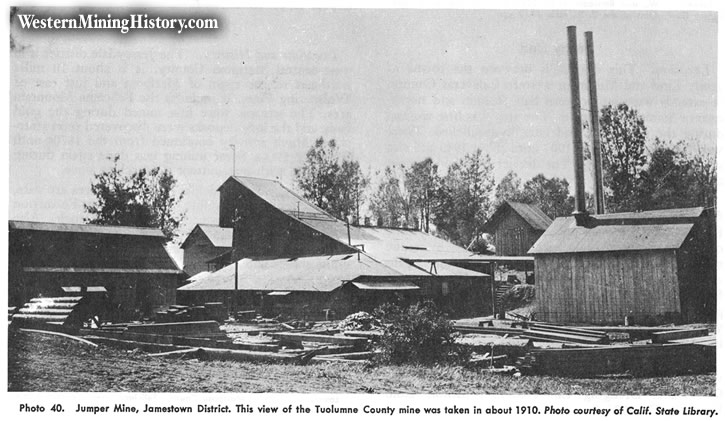 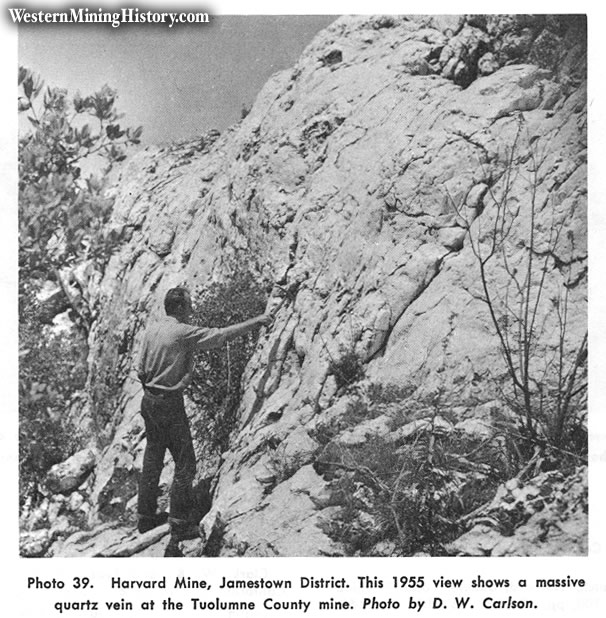 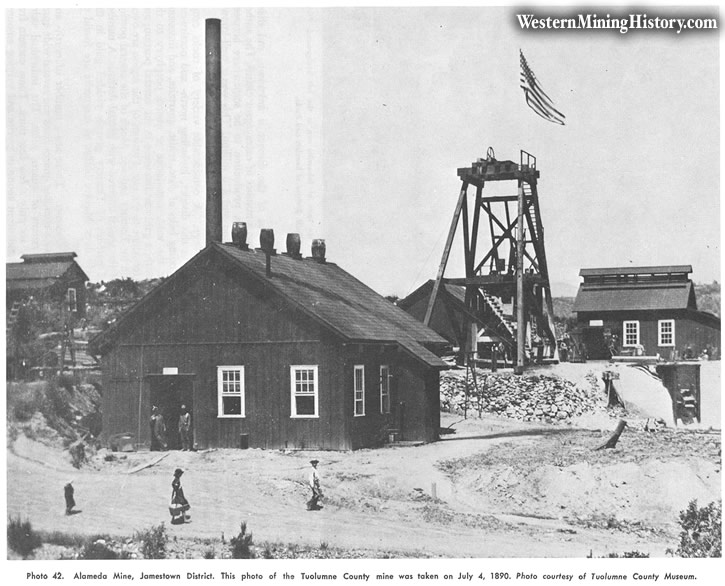 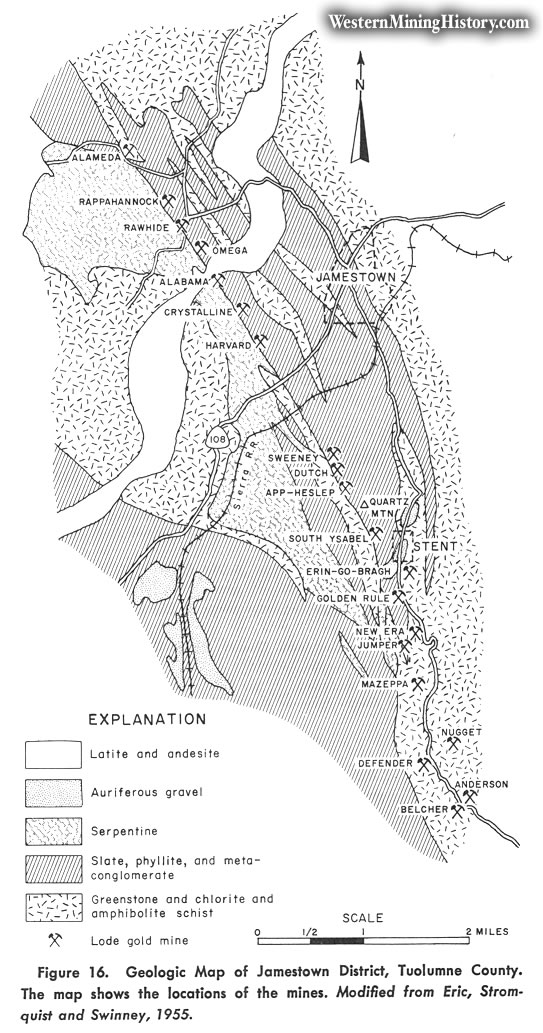