Location
The Johnsville district is in south-central Plumas County. Both a lode- and placer-gold district, it is at the north end of a major belt of gold mineralization that extends southward through the Sierra City district in Sierra County (see fig. 22, p. 116).

History
The river and stream gravels in the general area were first placer-mined in 1849 or 1850. The Eureka quartz vein, discovered in 1851, quickly brought many miners to the region, and most of the area was soon covered with claims. Considerable coarse gold was recovered from the creeks and considerable high-grade ore from the lode mines during those early years. Both the Plumas-Eureka and the Jamison mines were operated on a major scale until the early 1900s, when mining activity in the area declined. Johnsville was named for William Johns, manager of the Plumas-Eureka mine. There was intermittent activity in the district from the period of World War I until around 1943.

Geology
A considerable variety of rocks crops out in this district, including north- and northwest-trending belts of slate, schist, quartzite, and limestone on the west; metadacite or quartz porrhyry to the south; a gabbroic intrusion in the centra portion; and greenstone to the east. Portions of the region are overlain by Tertiary andesite. Much of the central portion of the area is covered with glacial detritus. A number of patches of Tertiary gravels yielded gold in the early days. Massive bodies of magnetite are found to the west. 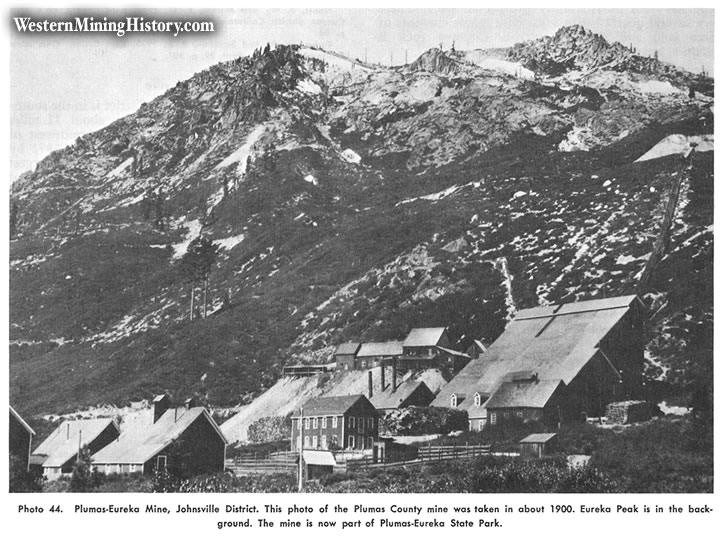 Ore Deposits
There are a number of north- and northwest-trending quartz veins and several wide complex systems of quartz veins. The individual veins usually are only a few feet thick. These contain free gold and often abundant pyrite and varying amounts of galena, chalcopyrite, and arsenopyrite. A number of high-grade pockets were taken from near the surface in the early days. Milling-grade ore contained from a few dollars to more than one ounce gold per ton. The sulfide concentrates sometimes held more than $150 in gold per ton. The ore shoots had horizontal stoping lengths of as much as several hundred feet. 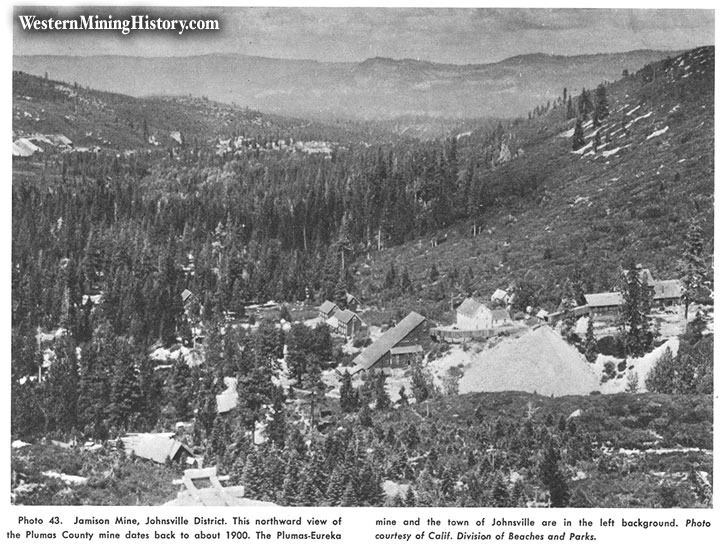