Location
This district in southwestern Placer County in the vicinity of the town of Penryn, also has been known as Stewart's Flat. The Ophir district adjoins it on the north and northeast (fig. 20). The town of Penryn was named by Griffith Griffiths, who opened granite quarries here in 1860, after Penrhyn, Wales. Appreciable mining activity here during the 1930s and early 1940s was highlighted by work at the Alabama, Chicago, and Sicily mines.

Geology
The principal country rocks arc granodiorite and quartz diorite with some diorite and gabbro. A number of north- to northwest-striking quartz veins, cropping out with nearly vertical dips, range from one to five feet in thickness. The are contains free gold with varying amounts of sulfides. Argentite and tellurides are occasionally present. The milling-grade ore usually averaged 1/3, to 1/2, ounce of gold per ton, but some was considerably richer. 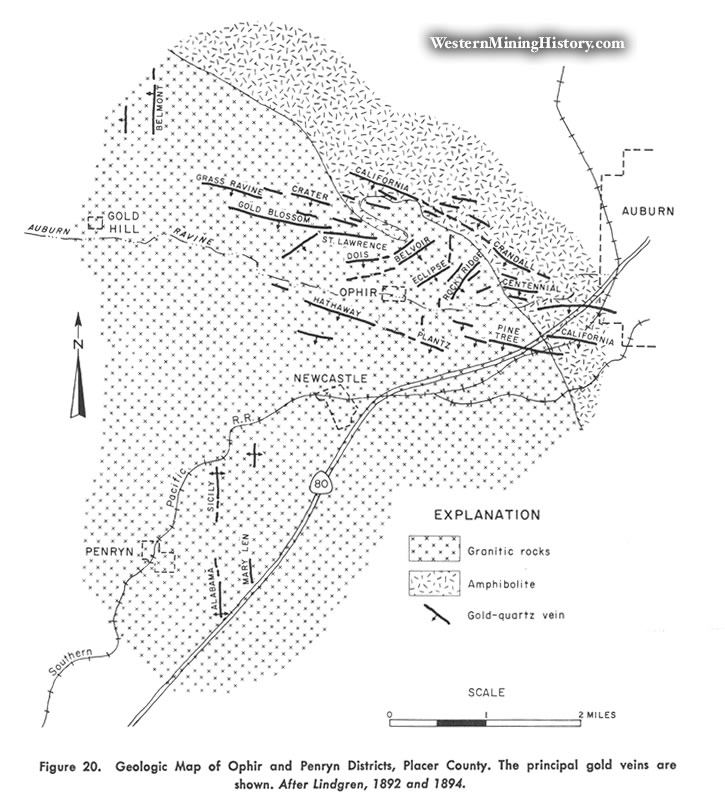