Location
Placerville is in west-central El Dorado County. The district includes the lode mines of the Mother Lode belt, which extends north through the district, and the placer deposits here and in the adjacent Smith Flat, Diamond Springs, Texas Hill, Coon Hollow, and White Rock areas.

History
Gold was discovered in the Placerville area in july 1848. The town was first known as Dry Diggings but had the nickname of Old Hangtown; three robbers were hanged here on October 17, 1849. From the middle 1850s through the 1870s, the hydraulic and drift mines in the district were extremely rich. One 20-acre claim at Coon Hollow yielded $5 million, and the Spanish Hill area yielded $6 million. Quartz mining began in 1852 at the Pacific mine, but the chief period of lode mining was from the 1880s until about 1915. There was some mining in the district again in the 1930s, but there has been little activity since. Many of the mines in the district came under the control of the Placerville Gold Mining Company. The value of the total output for the district is unknown, but the placer mines arc estimated to have yielded at least $25 million.

Geology
A belt of gray to black slate of the Mariposa Formation (Upper Jurassic) one to two miles wide extends north through the central portion of the district. Greenstone and amphibolite are to the west, and schist and slate of the Calaveras Formation (Carboniferous to Permian) and granodiorite lie to the east. The Tertiary South Fork of the American River, which has numerous tributaries, entered the Placerville basin from Newtown. In places the Tertiary gravels are overlain by thick beds of rhyolite tuff and andesite.

Ore Deposits Of the numerous tributaries of the main Tertiary channel in this district, probably the best known and one of the richest was the Deep Blue Lead. This channel extended south from White Rock to Smith's Flat and then west-southwest through the Texas Hill area (fig. 21). The lode-gold deposits arc massive quartz veins as much as 20 feet thick with numerous parallel stringers. The are bodies are low to moderate in grade (y, to y. ounce of gold per ton), but the veins have been mined to depths of 2000 feet. The are contains finely disseminated free gold and small amounts of pyrite. The veins occur chiefly in slate. 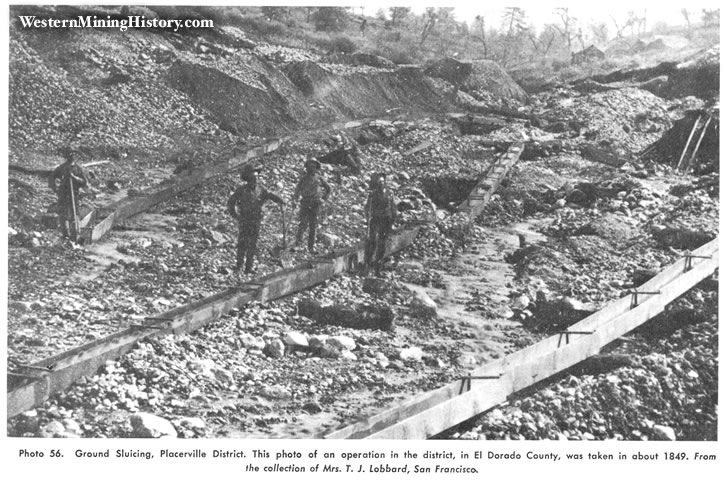 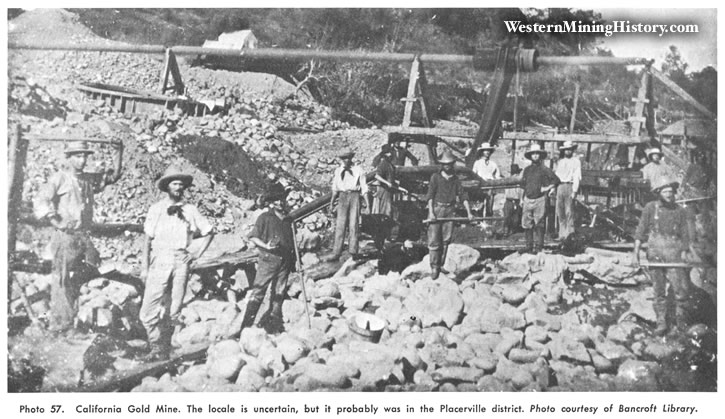 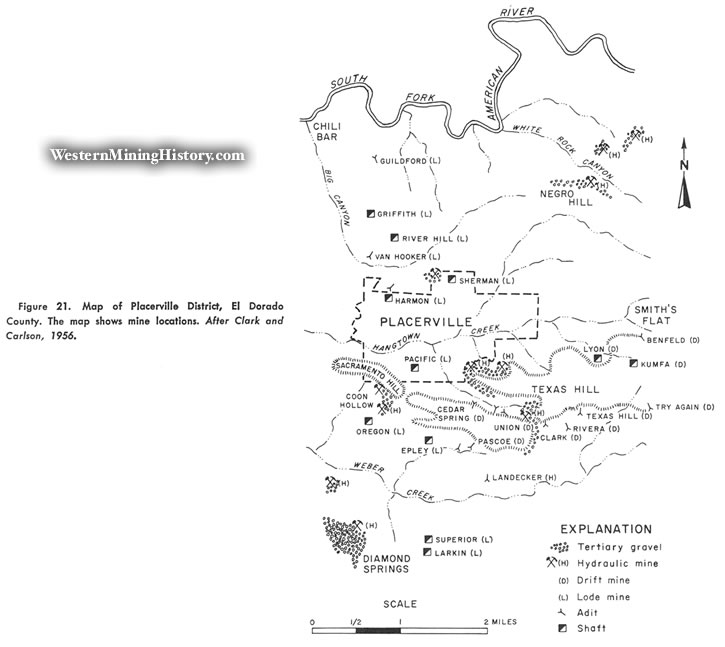