History
Mining was first done in this region by Spaniards as early as 1780-81, when placers in Jackson Gulch and oxidized ores in Madre Valley were worked. This is believed to have been the first gold mined in California. Later, mining was resumed under Mexican rule. The district received its name of Cargo Muchacho, or Loaded Boy, when two young Mexican boys came into camp one evening with their shirts loaded with gold. American miners became interested in this district soon after the end of the Mexican War in 1848. Mining became firmly established in 1877 with the completion of the Southern Pacific Railroad to Yuma. Large-scale mining continued from around 1890 until 1916 and again from 1932 until 1941, with intermittent activity since World War II. 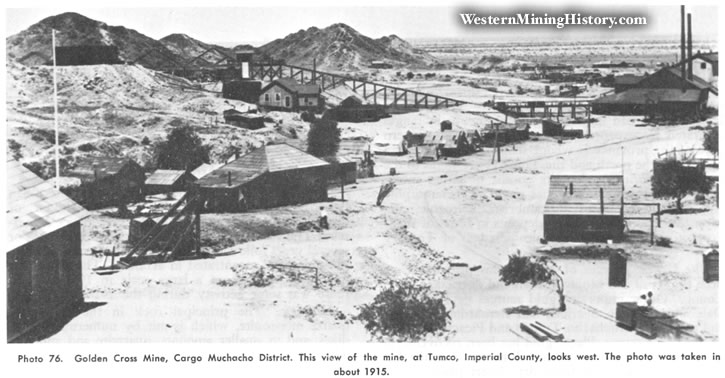 Geology and Ore Deposits
The Cargo Muchacho Mountains are composed of quartzites and schists that have been intruded by granitic rocks. In places there are andesite and dioritic dikes.

The gold deposits are on the west side of the range and occur in both the metamorphic and granitic rocks. They are tabular bodies with a definite hanging wall or footwall but rarely both. The deposits consist of quartz, calcite, sericite, and chlorite, and the values are either native gold or auriferous sulfides. Appreciable amounts of silver and copper also have been recovered in the district. The deposits, usually striking west, with a few north-strike exceptions, are up to eight feet thick and have been mined to depths of as much as 1000 feet. Appreciable high-grade ore was found here. 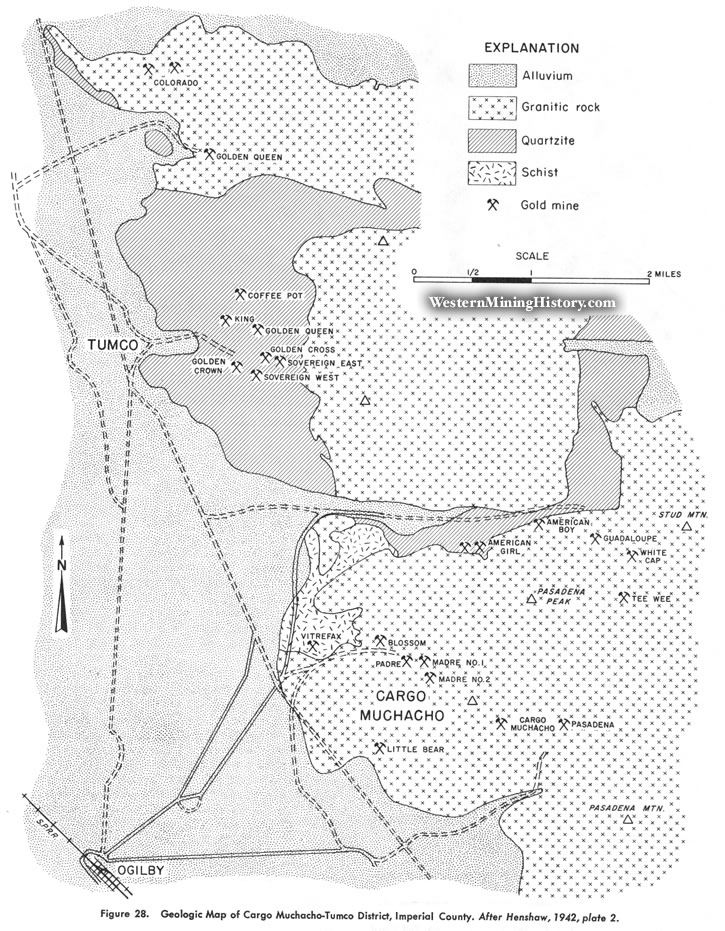