"William Allen, an ex-policeman and one of the best known of the old timers, was seriously wounded in a sensational scrimmage by "Doc" Holliday, a man who enjoys the reputation of being one of the most desperate and determined in the west"

The Empire Mine (Silver City, Idaho) (1877 Engineering and Mining Journal)

"On June 9 a couple of men entered the works of the Empire Mine, Silver City, Idaho, while the men were taking supper, and, finding a watchman on hand, politely invited him to vacate, which he did, and quietly took possession of the property."

Heat in the Silver Mines (1880 Mining and Scientific Press)

Article describes what it was like for the miners in the extreme heat of the Comstock mines: "The men-packed together as close as they can stand on the cage-are popped up out of the shaft all steaming hot, for all the world like a bunch of asparagus just lifted from the pot."

The Burning of Virginia City (1875 Newspaper)

The 1875 Virginia City fire was likely the most catastrophic fire of any mining city in the West with estimated damages around $200 million in today's dollars. This article details the events of the fire and the lost structures - both business houses and homes. Also included are two 1875 maps, one that illustrates Virginia City before the fire, and another that shows the burned area. 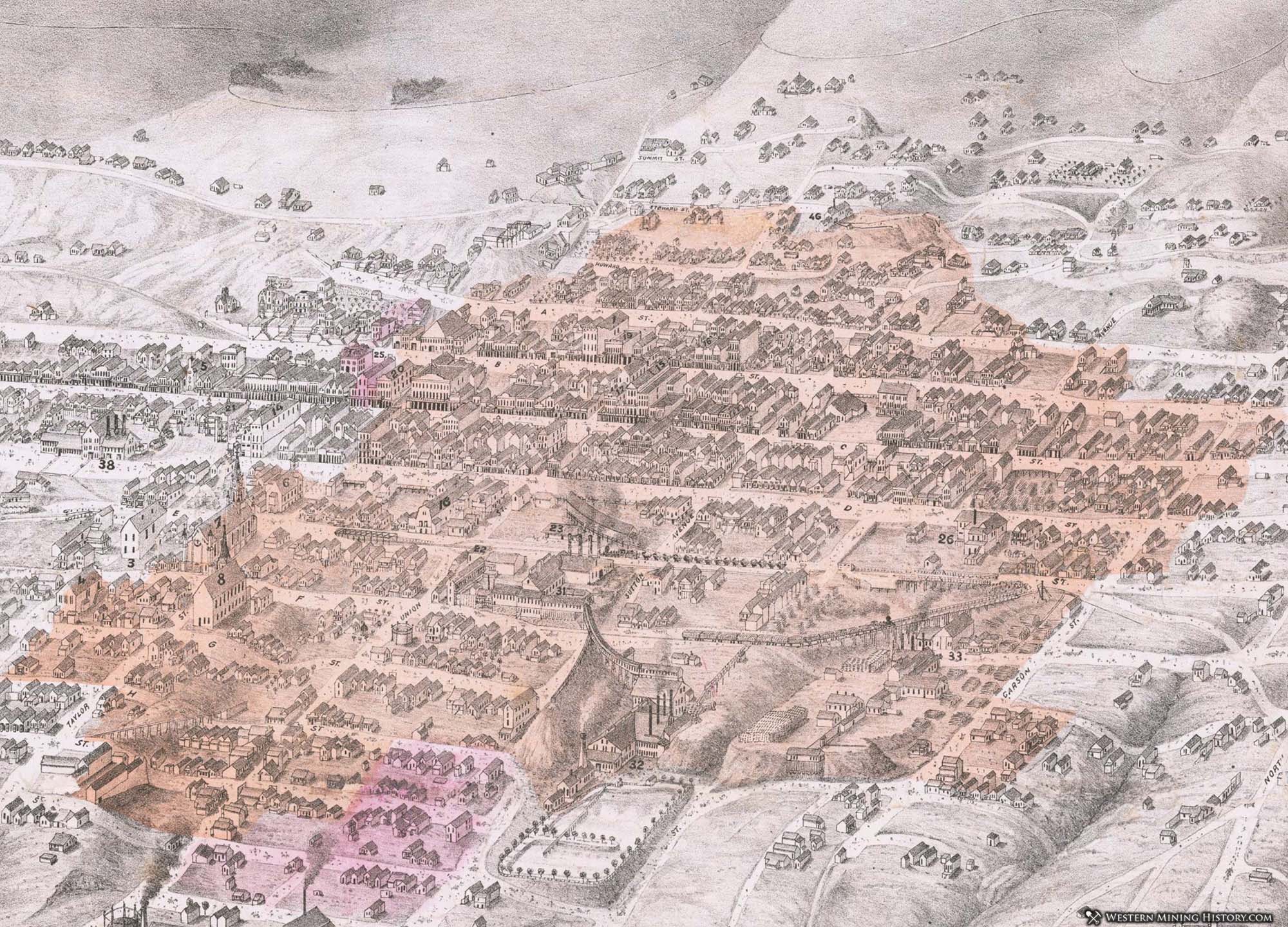 Account of the devastating 1875 fire at Virginia City, Nevada discusses the impact on the mines, and includes interesting information like details of how the mine shafts were safeguarded from the fire.

"Any Klondike settlement is in need of a camp angel would do well to apply to the undersigned, who is young, single, good looking and intelligent, with good disposition, and a constitution warranted to withstand the wear and tear of any amount of hardship and deprivations in the cause of novel experiences, and who is a first-class cook, a graduated dressmaker and a tailoress of some experience, who can make and mend."

Account of the arrival of the steamer Excelsior at San Francisco, full of Klondike gold. Article also reports on the impending famine at Dawson City during the upcoming winter.

Overview of gold discoveries and subsequent excitements at Juneau and the Klondike region. 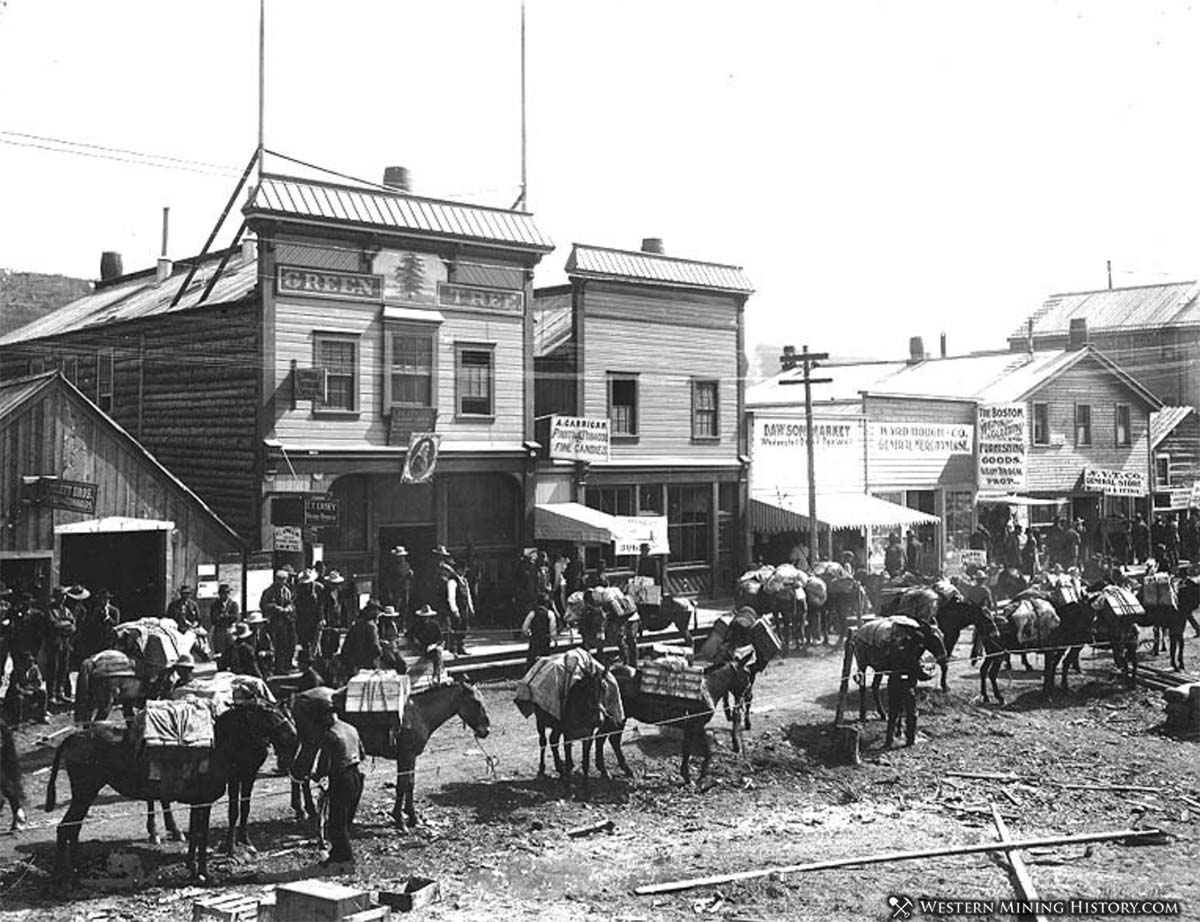 A November 1867 letter to The Montana Post describes the early progress at Butte City.

Journalist tours Virginia City in 1875, describing the mines, mills, and conditions the miners are working in.

Description of the early mining camps of the Pine Creek district in 1885.

Chinaman Killed at the Poorman Mine (1869 Newspaper)

Account of a Chinese man killed by law enforcement at Silver City, Idaho in 1869.

Photos of the Alturas Mine - Plumas County California 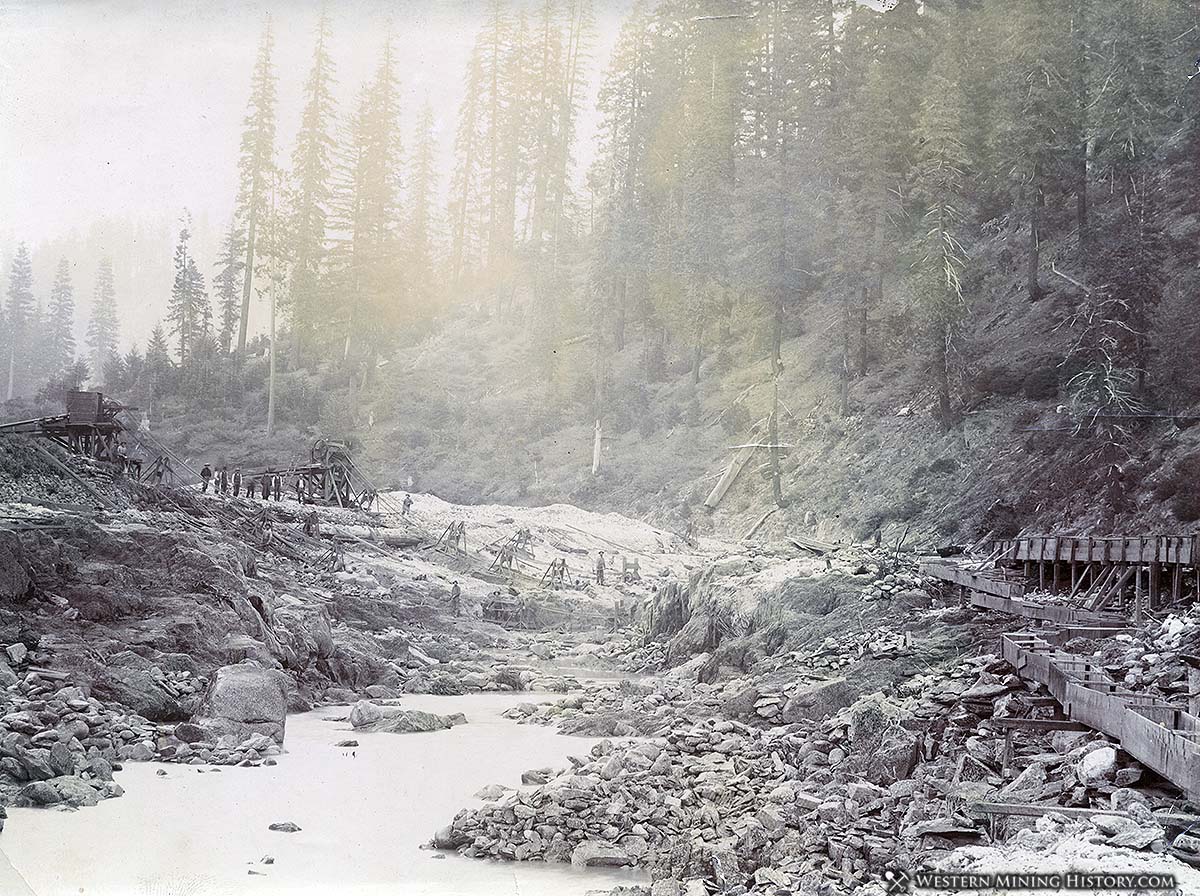 The Wants of California (1851 Newspaper)

“A French nobleman and his wife, who lost their fortune in the revolution of 1848, hurried to this El Dorado. He is a man of elevated mind, and fine talent. His present resource is to drive a water cart."

"Large numbers are coming down daily from the mines, some with a pretty good quantity of “dust,” but the greater number without any. It is very sickly up there, and most of the operatives are coming down to spend the rainy season. The sickness and privation here is appalling, and I have about come to the conclusion that this is the greatest humbug that was ever started."

Life in the California Gold Fields (1850)

Letter written by a '49er from the California describes life of the miners in detail, and conditions in the gold fields.

More About the California Gold (1848 Newspaper)

"We published in our last a letter from Monterey, California, on the subject of Gold-finding; the following is from Mr. LARKIN, U. S. Consul at Monterey, addressed to Com. Jones, and by him forwarded to the Secretary of the Navy."

Article describes early smelting of Cerro Gordo ore, and transport of the metal product to Los Angeles. Includes a brief description of the town of Cerro Gordo in 1874.

Continuance of the Gold Excitement (1848 Newspaper)

"Three-fourths of the houses in San Francisco are actually vacated; even lawyers have closed their books, and taken passage, with a spade and wooden dish, to make fortunes by washing out gold from the sands on the Sacremento."