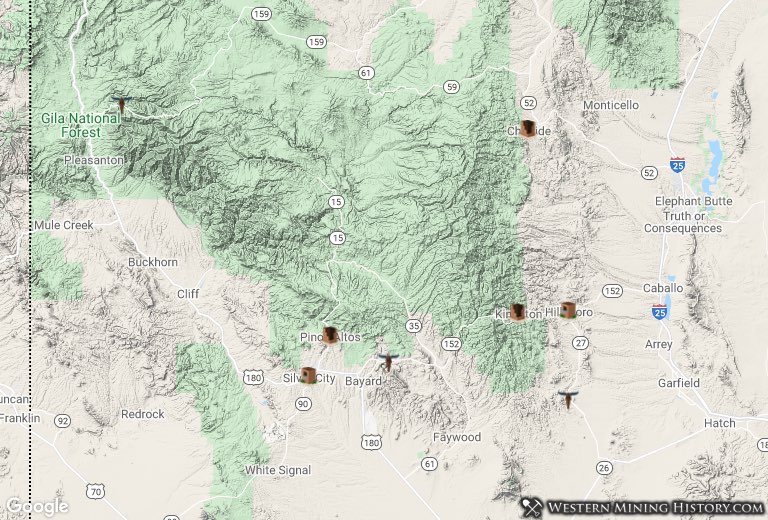 Although New Mexico has had the lowest historical gold production among the western states, it has still had a long and varied mining history. The state has had significant mining of many resources - silver, copper, gold, coal, and is the largest uranium producer in the United States. Copper mining is still a major industry in New Mexico.

Most of the historical mining towns, with a few exceptions, are located in the southwest corner of the state.