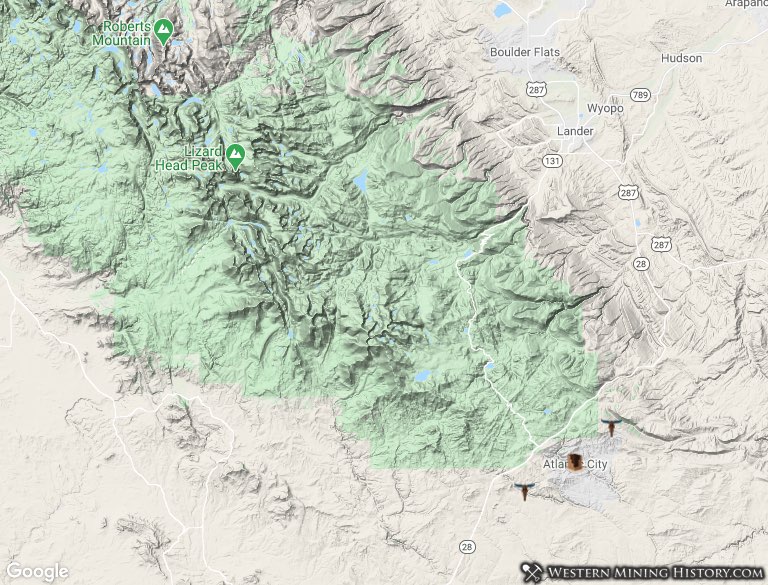 Wyoming ranks last among the western states for gold production and has no silver production of any significance.

The only hard-rock mining towns of historic significance are in the South Pass City - Atlantic City area.

Wyoming is the number one producer of coal in the United States. Western Mining History will explore some of the historic coal mining areas of the state at a later date.