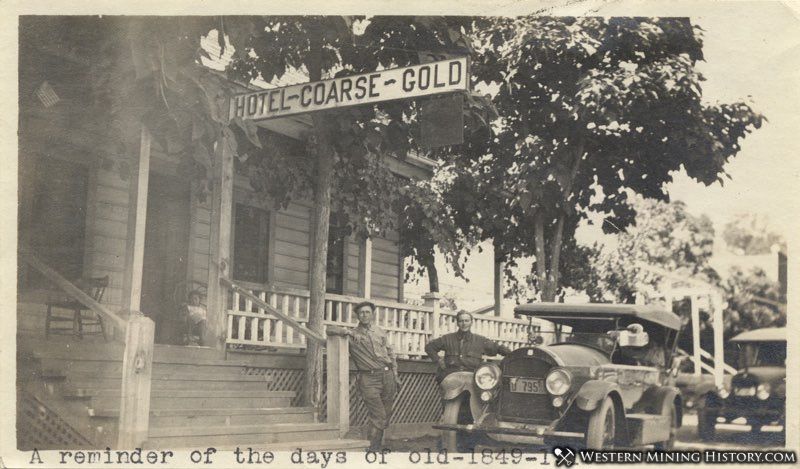 Coarsegold was settled by Texans in 1849 and was one of the most southerly placer districts of the California gold belt. Despite an early rush in the thousands to these placer diggings, a post office was not established at Coarsegold until 1899.

Coarsegold's reported peak of around 10,000 miners was shortly after its founding in 1850. Like most placer districts, the initial rush was short lived as the easy placer diggings ran out and the miners moved on to the next excitement.

Coarsegold would have a long life however as placer mining transitioned to hardrock mining. It would never again be the site of a major excitement but the mines kept it alive into the 1900s and today it is a small retirement and tourist destination.