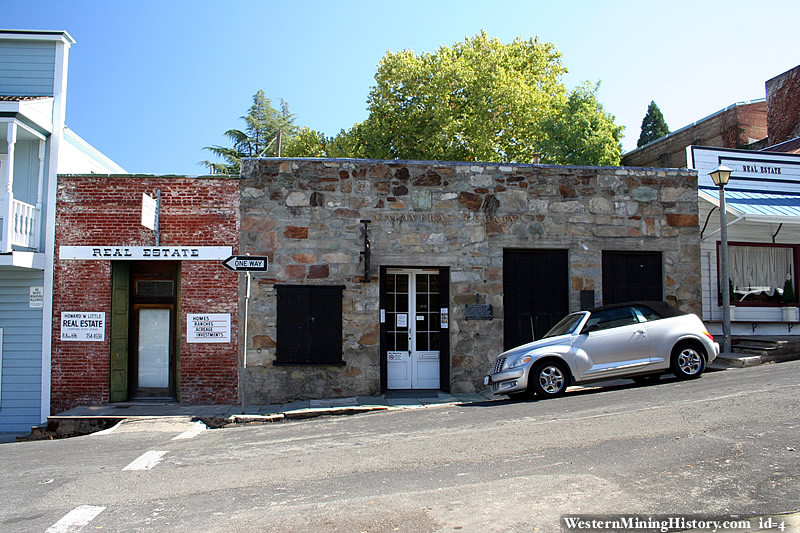 San Andreas was settled by Mexican Gold Miners in 1848. By 1850 over 1000 tents dotted the hillsides. The first church, built in 1852 was a canvas structure with a simple cross over the door designating it a church of the Roman Catholic faith. It was named for St. Andrew (San Andreas) and the name of the town was taken from this church.

In August 1852 the large San Andreas Nugget was found in a claim just north of where the town is located and sold to the Wells Fargo company for $12,000. In 1859 over $500,000 in gold dust was shipped. The channels were producing gold, although lack of water hampered the efforts of the miners until the miner's ditches were completed.

Two infamous names from the Gold Rush often tied to San Andreas, are Black Bart and Joaquin Murieta. Handsome and debonair, Black Bart was a gentleman bandit who never harmed drivers or passengers and left bits of original verse behind signed "P08". Black Bart held up the Milton-Sonora stage at Funk Hill on November 3, 1883, leaving several articles behind in his hurried flight. One of which was a handkerchief with a laundry mark traced back to a San Francisco Laundry where the mark was identified as belonging to C.E. Bolton one of the city's leading citizens. He was arrested and brought back to San Andreas where he confessed to the robbery. His trial was held in the court room in San Andreas and he was sentenced to six years in San Quentin Prison. The jail where he was held still stands and is a part of the Calaveras County Historical Museum Complex.

Where to Find Gold in California
A Look at California in 1851, Two Years Into the Gold Rush
Calaveras County California Gold Production