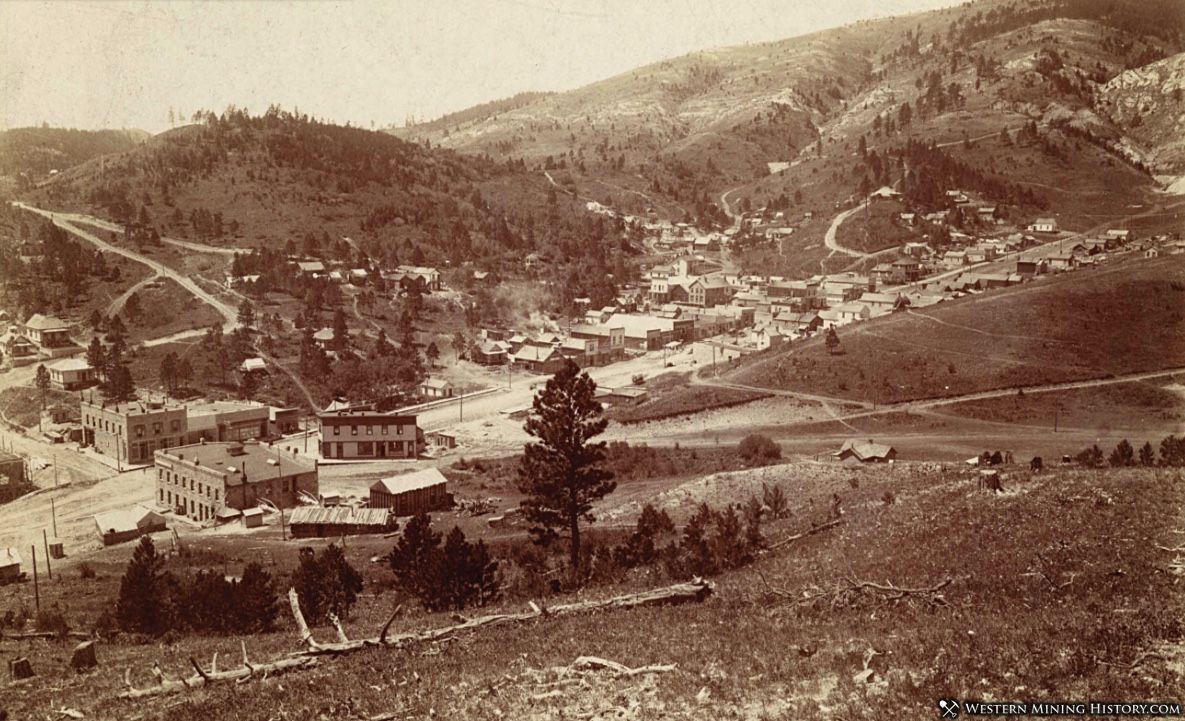 Placer and lode gold were discovered in the North Moccasin Mountains in the early 1880s. Placer production was only modest and the lode gold was too low grade to be successfully treated with available processes. In 1899, Harry Kendall, having some experience with the new cyanide gold recovery process, built a small cyanide plant and commenced milling ore mined from the surface.

Kendall sold the mine and the new owners built a larger mill and underground mine. Shortly after, the Barnes-King Company began developing their nearby underground mine and built a large mill. These, along with another nearby mine commenced a 20 year life during which approximately 500,000 ounces of gold were produced. 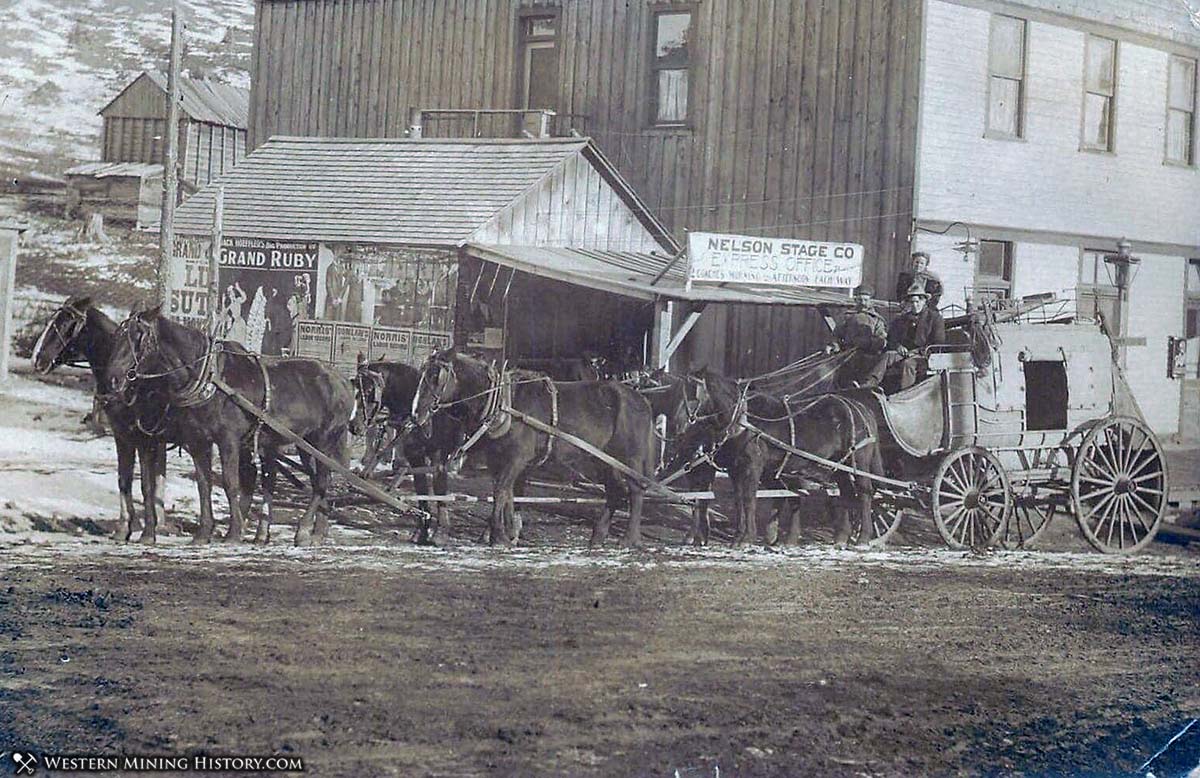 In early 1901 the town of Kendall got its start and rapidly expanded through about 1910. A townsite was laid-out and a number of buildings were constructed of stone taken from a nearby quarry. Kendall had many businesses including a bank and an opera house. The Kendall Mining Company built a power plant five miles away on Warm Spring Creek and both the mines and town enjoyed the advantages of electrical power. Kendall was a thriving town with a peak population of around 1,500. 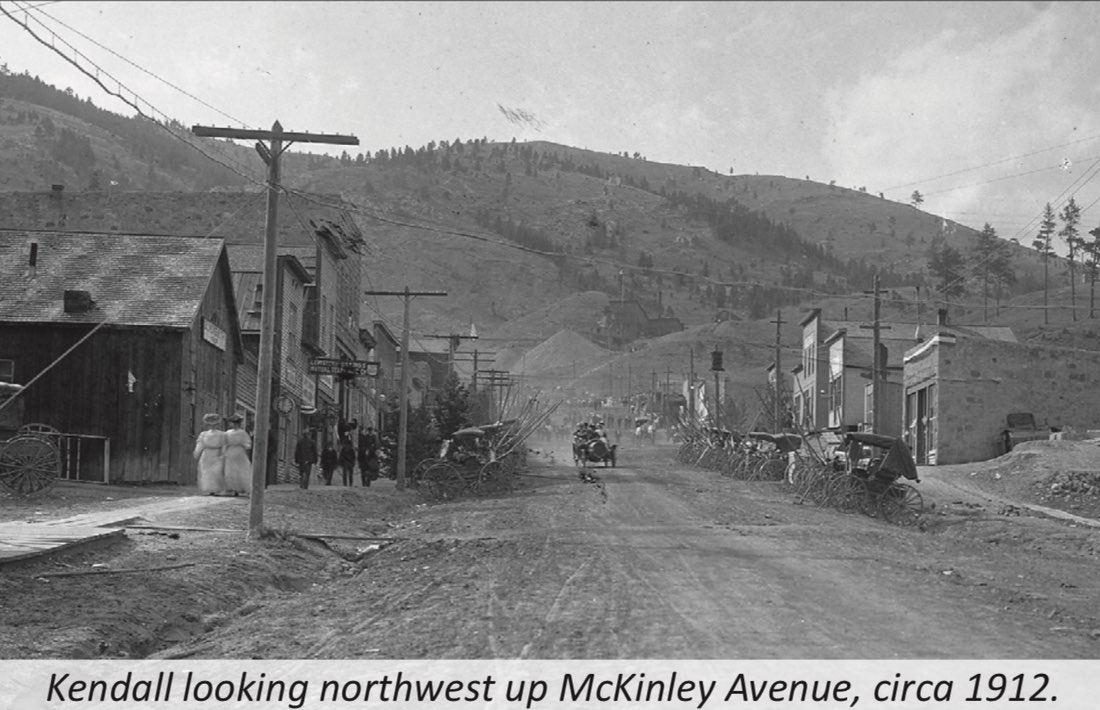 As the good ore began to run out around 1912 the town began to dwindle. Fires burned parts of the business district between 1908 and 1910. In 1911, the town of Hilger, a few miles to the east, was founded on a new railroad branch line. Kendall’s businesses and population began moving to Hilger and nearby homesteads, taking some of the buildings with them.

With the closing of the Barnes-King mine in 1921 there was little reason for Kendall to continue. In the mid-1930s a surface mining and milling operation was developed on the north end of the district but by then the town was long gone. This operation was closed by government order in WW II and never reopened. 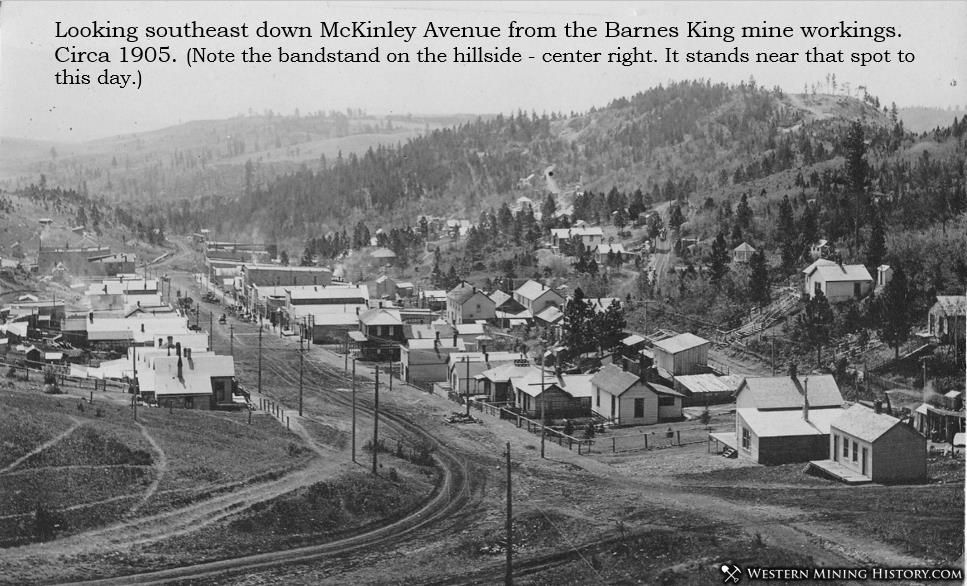 In the early 1970s an unsuccessful attempt was made to reopen the Kendall Mine. Between the mid-1980s through 1996 the entire Kendall district was mined by surface and cyanide heap leach methods. This successful operation produced another 350,000 ounces of gold and is undergoing final reclamation provided by the mining company.

Kendall is certainly worth visiting. The North Kendall Road, formerly McKinley Avenue, traverses through the townsite. A few stone ruins and foundations, a bandstand, and a boulder used in drilling contests still exist. Interpretative signs are in place and the entire site is accessible to explore. The townsite was donated to the Boy Scouts in 1967.