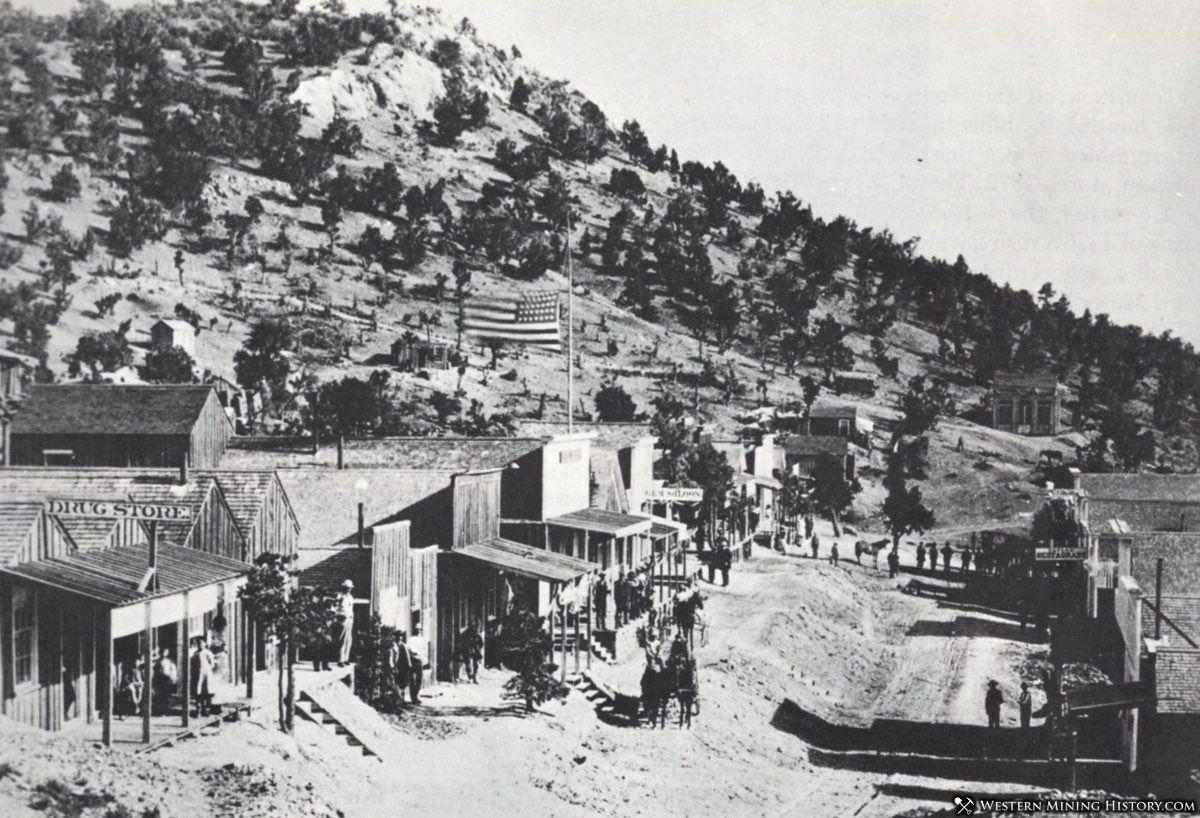 The following text is from a state historical marker (note the population number given below seem to be an exaggeration):

Silver and gold were discovered by Taylor and John Platt in 1873 in what was to become Taylor, a typical mining community supported chiefly by the Argus and Monitor Mines. In seven years, the town boasted a population of 15,000 people, seven saloons, three general stores, an opera house, a Wells Fargo office, and other businesses. By 1886, Taylor was the center of county activity, a social highlight being the annual 4th of July celebration.

Mining continued intermittently until 1919. At that time, a 100 ton cyanide plant at the Argus Mine gave the area new life, but production declined when the price of silver plummeted. World War II renewed mining activity temporarily. Local mines yielded more than $3 million in silver, gold, copper, and lead.