Originally called Ruby Hollow, the settlement became known as Eureka in 1870 with the establishment of a post office.

Eureka became the center of supply, finance, and government for the Tintic mining district, a gold and silver district that was one of Utah's most important mining centers.

The "Big Four" mines - Bullion Beck and Champion, Centennial Eureka, Eureka Hill, and Gemini, supported a population of well over 5,000 people in Eureka. 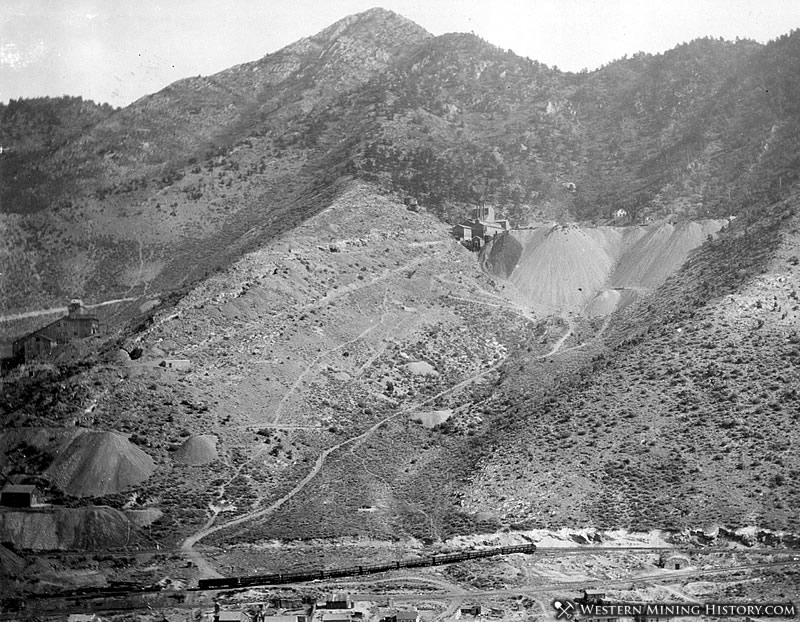 Tintic is one of Utah's oldest, richest, and longest lived mining districts. At the turn of the century, Eureka still had over 3,000 residents. A newspaper article stated:

The largest camp in the district is Eureka, which is now one of the most progressive and prosperous mining towns in this western country. It is here that the greatest number of producing and paying mines are located . . . it boasts of nearly every metropolitan advantage and is a little city instead of an isolated mining camp. 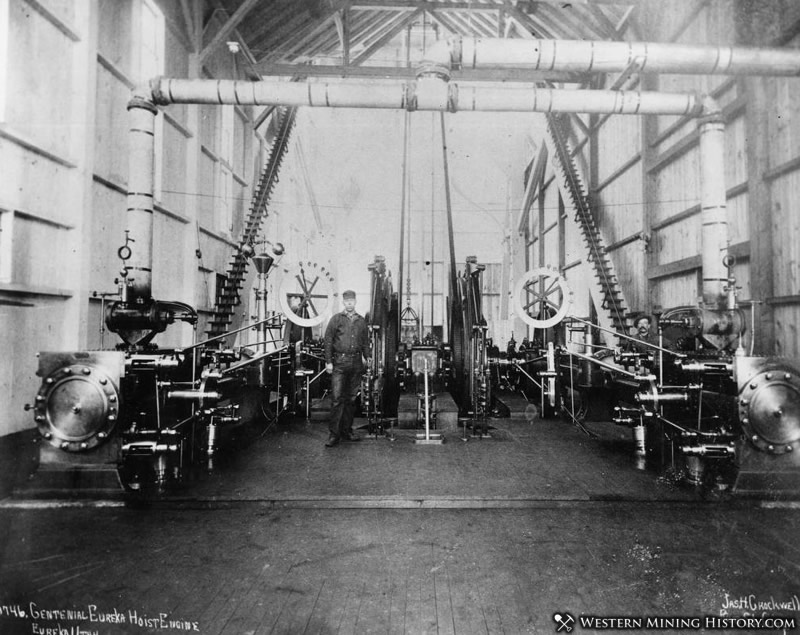 Output from the mines was strong into the new century, as illustrated in a 1916 newspaper article:

While it may have been the general belief that the Tintic District has fallen into a inconspicuous place in the list of producing mineral camps of the west, the fact is that it has recently completed the very best year in its history. The fact that a few former rich mines were exhausted, some of which had paid large sums in dividends, has been taken as proof that the district must have depreciated greatly, whereas it is doing better than ever. While one or two rich mines have been closed others have come in to take their places, and there are more mines than ever now operating there. 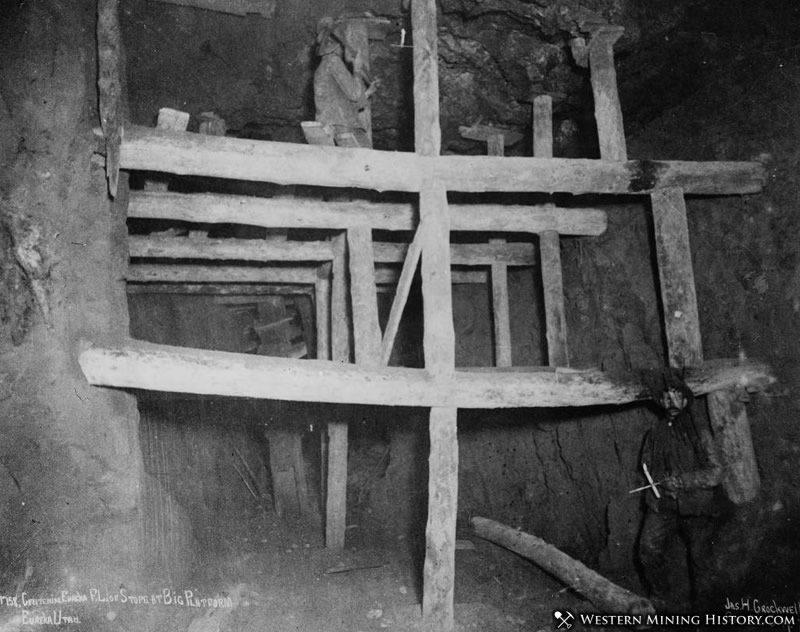 Timbering in the Centennial Eureka Utah 1911

In 1909 James Cash Penney opened his second "Golden Rule" store, and used this location in Eureka as a base of operations for expanding his business into what became known as the J.C. Penney chain of department stores.

Although mining had hit a downturn across the country following World War I, the Tintic district persevered and by 1922 the Chief Consolidated Mining Company was the largest silver producer in the United States. 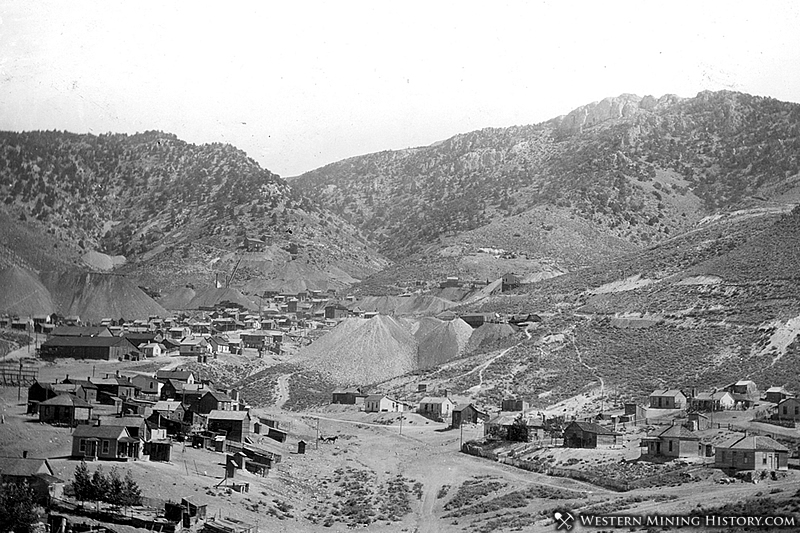 Like most of America, Eureka languished in the 1930s as a result of the Great Depression. The mines continued to produce but on a more limited scale. By the 1950s most major mining activity had ceased.

In 1979, Eureka was placed in the National Register of Historic Places as part of the Tintic Mining District Multiple Resource Area, recognizing the importance of remaining buildings and sites.