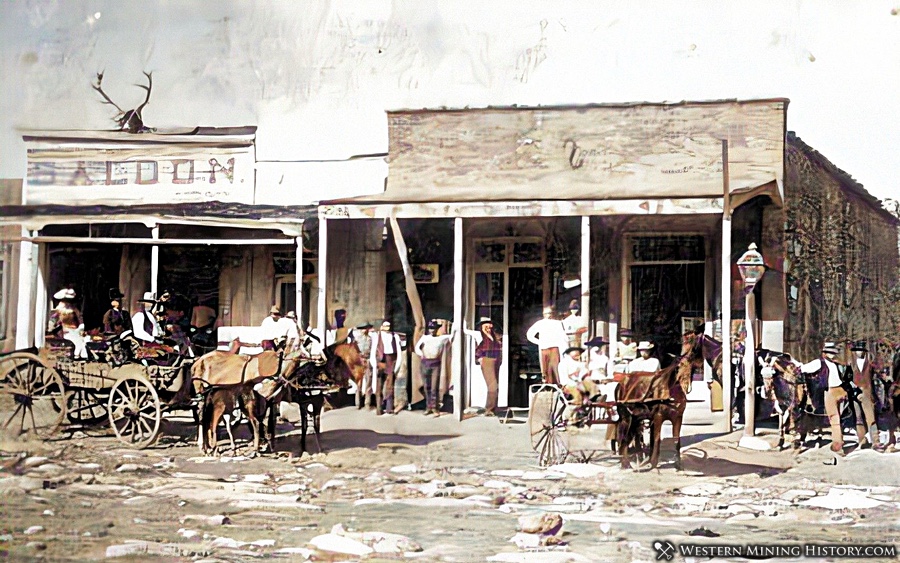 Note: in general we do not like to rely so completely on highly enhanced historical photos. However, the only available photos of Silver Reef are of very poor quality, so these enhanced versions help a lot in visualizing what the town was like in the late 1800s.

Silver was first discovered near Silver Reef in 1866. However, skepticism over finding silver in sandstone resulted in that early discovery to be dismissed. It wasn't until 1875 that interest in the area was renewed and mining began in earnest.

In the mid-1870's the mining district of Pioche, Nevada was starting to decline and miners were relocating to the new strikes at Silver Reef. By 1879 Silver Reef had around 2,000 inhabitants and a vibrant business district on a main street that was over a mile long.

Silver Reef's boom was short however, and by 1884 most of the mines had closed. By 1901 most of the buildings had either been torn down or moved to the nearby town of Leeds. 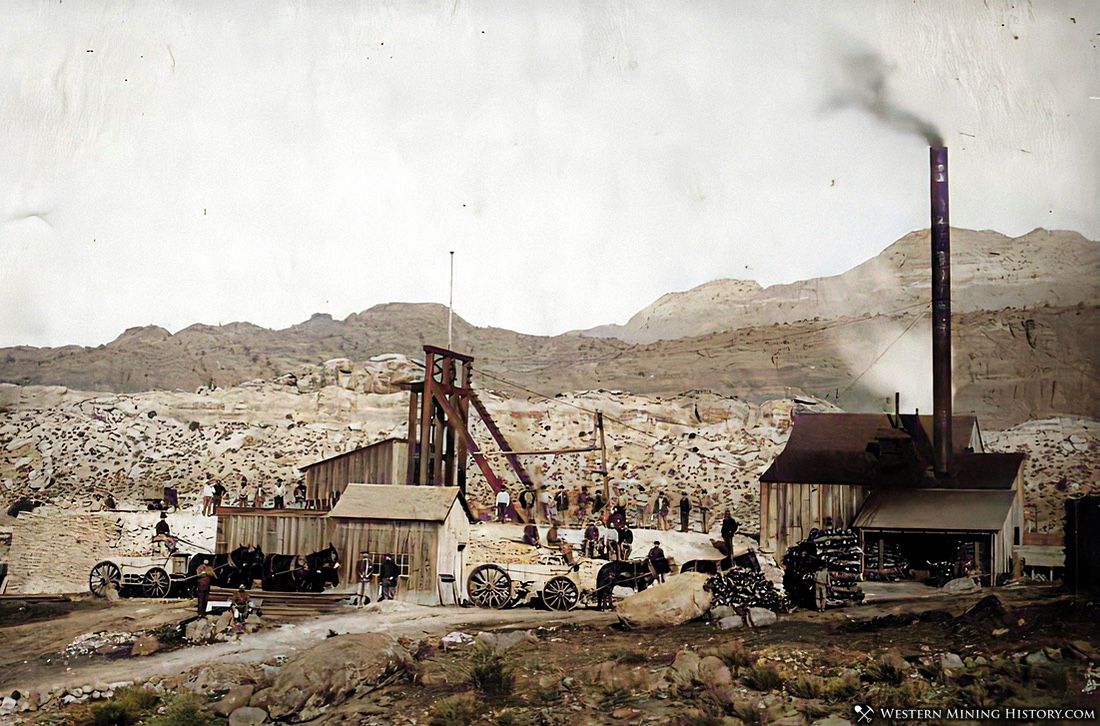 In 1916 the Silver Reef Consolidated Mining comapany resumed mining at Silver Reef. The company was bought in 1928 by American Smelting and Refining Company but not much development was done due to the Great Depression. After World War II uranium was mined in the area but only for a short time.

Today Silver Reef is a ghost town with a few remaining buildings. The Wells Fargo Express office building in Silver Reef has been restored is considered one of the finest mining-era buildings in Utah. 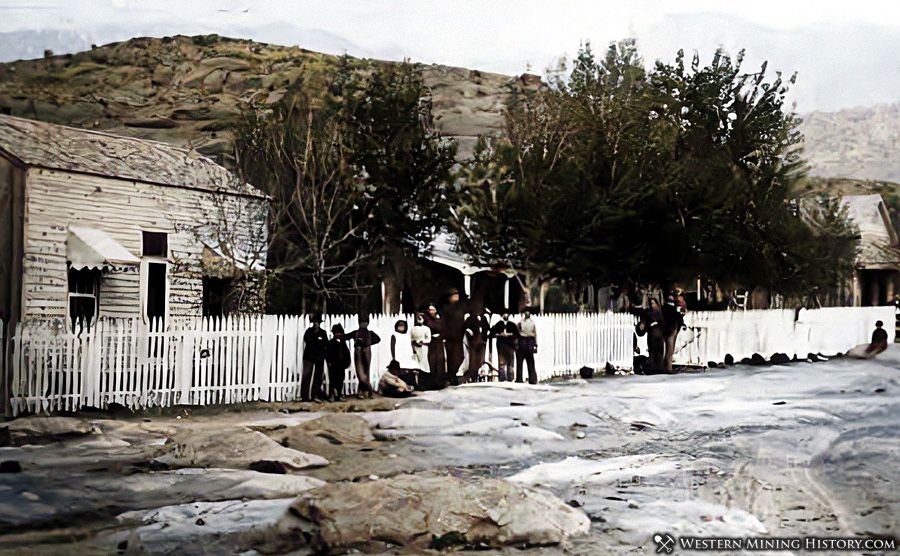