History of Gold Mining in California

California's gold-mining history is a brilliant lure, and many books, pamphlets, periodicals and articles have been published on the subject. The old mining districts and settlements, including "ghost" towns, are visited by increasing numbers of tourists each year. In a few districts the old camps have been reconstructed. Several old gold mining towns, such as Columbia, Johnsville, Coloma, Shasta, and Bodie, are California state parks or recreation areas. In recent years more people have become aware of the importance of California's gold rush in the history and development of the western United States, and steps have been made to preserve historical structures and equipment closely associated with gold mining.

Unfortunately, little visible evidence remains of many of California's important gold-quartz mines other than caved shafts and tunnels and heavily overgrown dumps. The surface plants of the large underground lode mines at Grass Valley and along the Mother Lode belt, which for years accounted for a major part of California's gold output, have been almost completely dismantled. More evidence remains of the large-scale placer-mining operations. The old hydraulic mine pits and the extensive tailing piles in the dredging fields still exist; some are used as commercial sources of sand and gravel. A number of the old ditches, flumes, and reservoirs that once supplied water to the hydraulic mines now are parts of hydroelectric and irrigation systems. 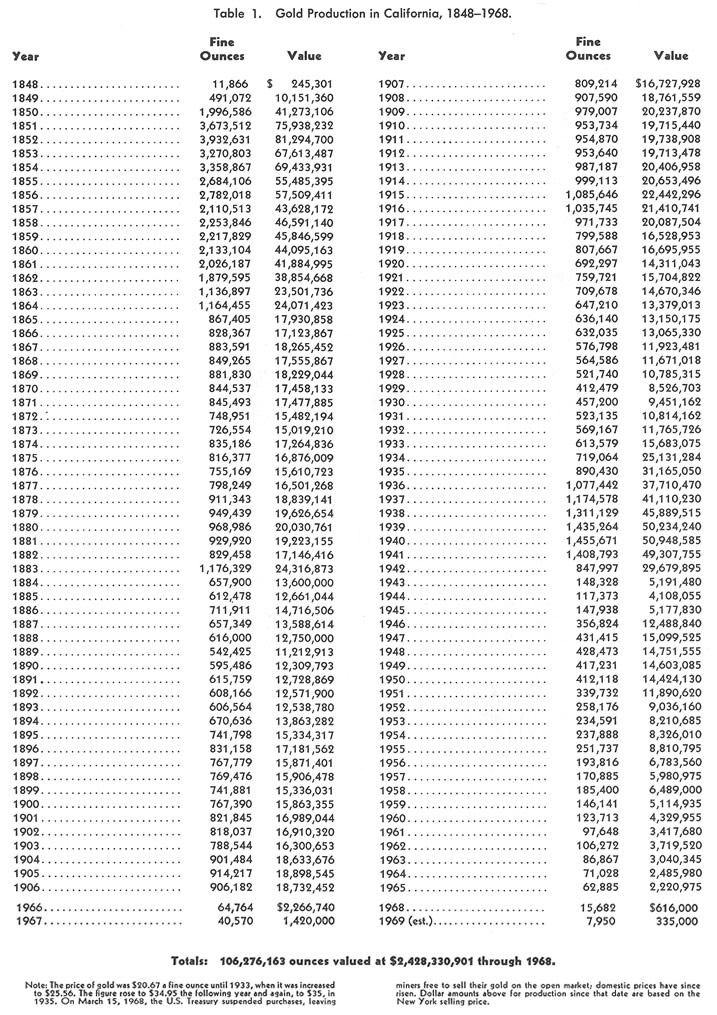