The White Caps Mine is a silver, arsenic, gold, and antimony mine located in Nye county, Nevada at an elevation of 7,612 feet.

Satelite image of the White Caps Mine

Land ownership: National Forest
Note: the land ownership field only identifies whether the area the mine is in is generally on public lands like Forest Service or BLM land, or if it is in an area that is generally private property. It does not definitively identify property status, nor does it indicate claim status or whether an area is open to prospecting. Always respect private property.

Comment (Development): The mine produced gold from1912 to1914, using a 75-ton mill built by Associated Milling Co. White Caps Mining Co. took over the mine and mill in 1915 and discovered rich deeper ore in 1916. The gold mill closed in 1920, after which realgar was still shipped. The gold mill reopened in 1922 and closed in 1923. A flotation mill operated from 1935-1936. White Caps Gold Mining Co. refurbished the mine in the late 1950s. Antimony-lead-gold ore was mined in 1959. In 1962, mining was done on a faulted segment of the orebody between the 600 and 820-foot levels. Antimony ore was being mined just prior to a fire in 1964, after which mining ceased. In 1977, Argus Resources Inc. acquired the White Caps Mining Co. and renamed it Transworld Energy Corp. Calais Resources, Inc. first acquired interests in the Manhattan mining district in 1982 and in 2000, Calais agreed to purchase Nevada Manhattan Mining Corp.'s 24.5% interest in 28 patented lode mining claims and 105 unpatented lode mining claims in the White Caps Mine area of the Manhattan district. Calais already owned 42 unpatented lode mining claims bringing Calais's land position to 175 claims centered around the White Caps Mine. In 2003, Calais planned a drilling program on the White Caps property pending issuance of permits. The company had plans to drill several deep holes in search of a replacement gold deposit. in April 2004 Calais entered into an agreement to acquire all of Argus Resources and White Caps Mines patented and unpatented mineral rights in the district. Calais Resources' property in the Manhattan mining district now (2004) covers over 2628 acres of mineral interests.

Comment (Geology): This mine has produced many high quality collector-grade mineral specimens of arsenic minerals, stibnite, as well as rare mineral species such as wakabayashilite, haidingerite, rosslerite, pitticite.

Comment (Identification): This record is an updated version of MRDS record # M055301 including all information from the former record plus additional information. The earlier record could be deleted.

Comment (Location): The White Caps Mine is located about a mile SW of Salisbury Peak in the Toquima Range

Comment (Workings): Workings consist of a 900 foot shaft with a winze to the 1300 foot level.

Comment (Production): HOLMES SAYS SOME MERCURY WAS REPORTEDLY RECOVERED IN 1929. 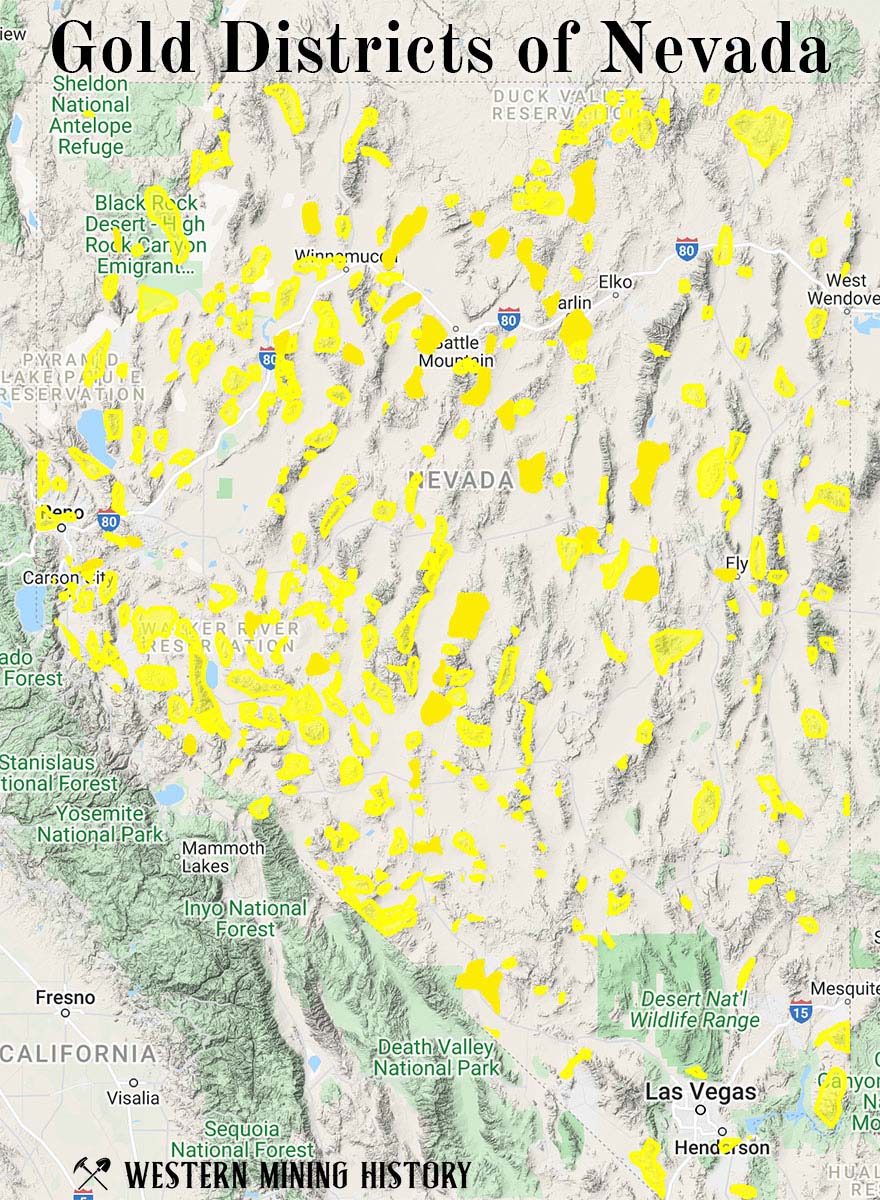