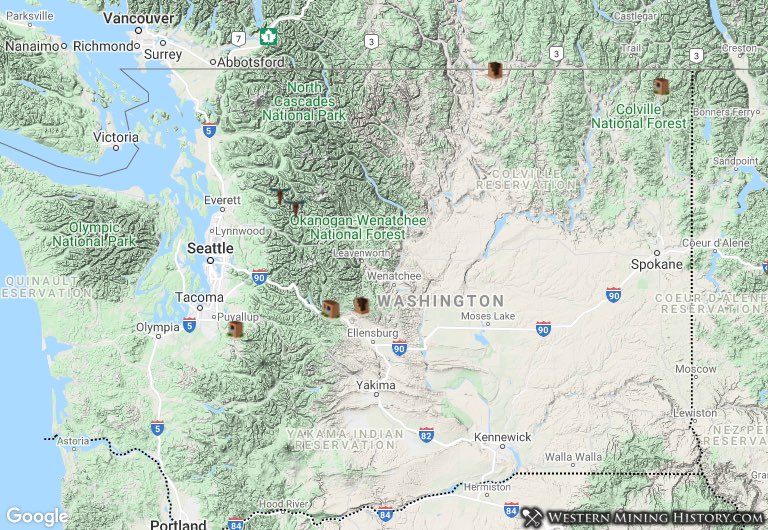 The state of Washington has had less historical mining activity than the other western states. Somewhat minor production of gold and silver is credited to the state's few districts, with a few districts producing commercial quantities of coal.

Most of the notable towns are in the central part of the state in Kittitas and Snohomish counties. More towns will be added to this section in the future.

Where to Find Gold in Washington