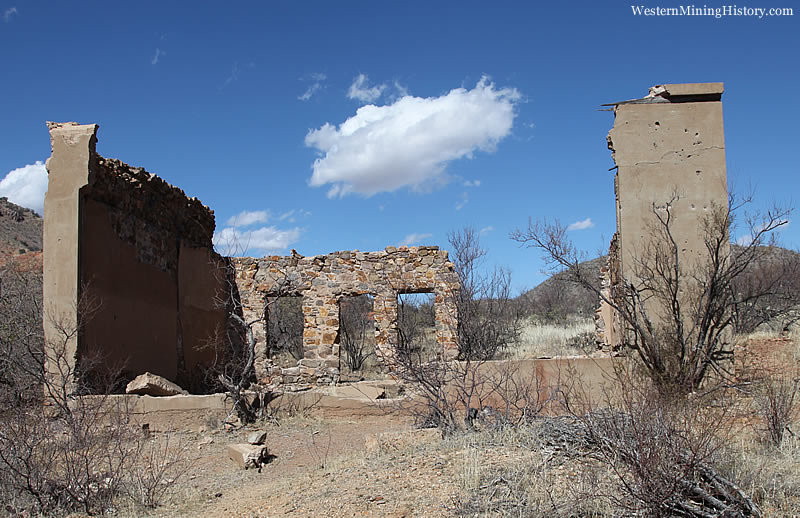 The claims in the Courtland area were discovered and located in the early 1890's. The major activity in the district continued up to 1919, at which time Courtland was a thriving camp with one rail connection north to Cochise and another south to Douglas. From 1919 to date the district has been more or less inactive, with minor ore shipments, some development work, and intermittent work by leasers.

The town was named after Courtland Young, one of the owners of the Great Western Mining Company. The ore bodies of the district proved to be shallow and by 1920 most of the mines had shut down and the majority of the towns residents had moved on. The Courtland post office operated until 1942.

Hoval A. Smith, E.M., formerly Chief Mining Engineer of the Calumet and Arizona Mining Company, in his report dated July 1, 1936, relating to the Great Western Group mines, quoted in part as follows: "From the large past production of copper, gold and silver values mined within these properties, their future commercial possibilities are emphasized; Mr. W.J. Young, Jr., connected for eleven years with Great Western Mines, states that some 1,750,000 tons of copper ore plus gold and silver values, had been developed through the then existent drill and underground explorations."