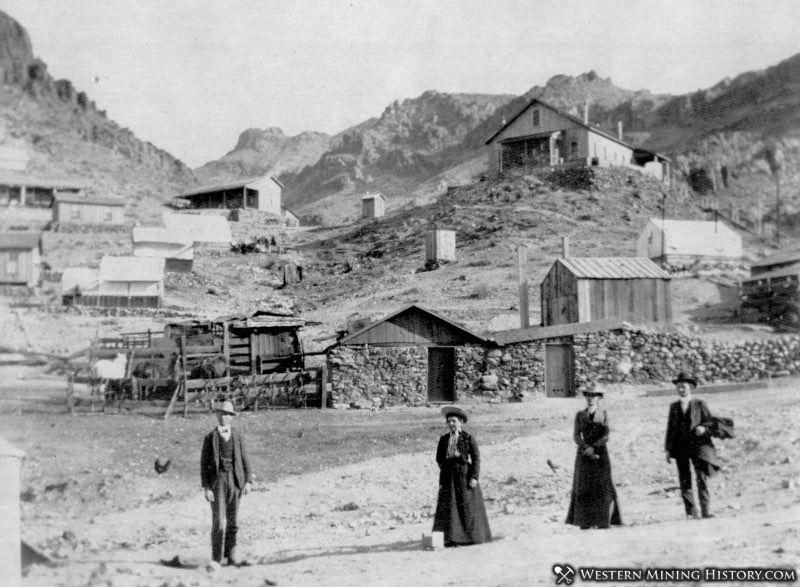 Gold was first discovered in the vicinity of Goldroad in the 1860s. Rich silver discoveries in the northern part of the state drew the prospectors away and the gold discoveries were forgotten, not to be rediscovered for four decades.

Gold was once again discovered here in 1899 by prospector Jose Jerez. Jerez sold his claim in 1901 for $50,000 - an impressive amount at the time, but the deposit would go on to produce millions of dollars in gold over the next few decades.

Related: Where to find Gold in Arizona

The town of Goldroad was considered a company town - built by the owners of the local mines to house the hundreds of miners that lived in the district. Records indicate that a post office operated in Goldroad from 1902-1925 and from 1937-1942. 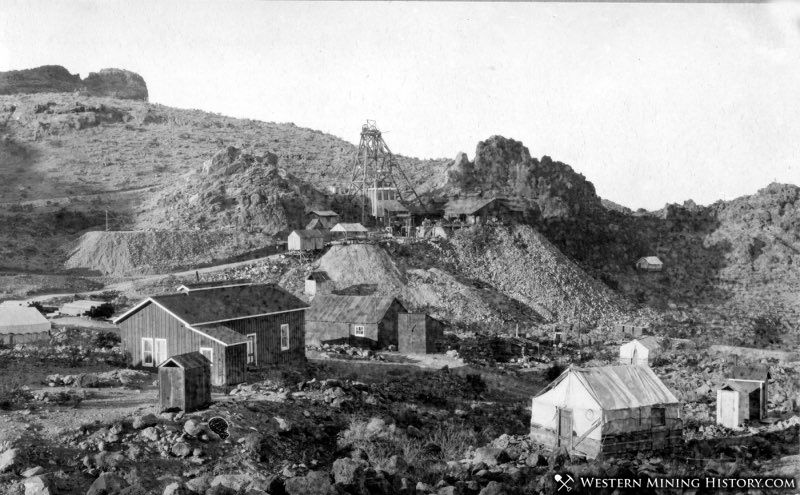 The Goldroad mine operated from until 1931 when the mine closed and the mill was dismantled. At the time the price of gold was set by the government, and in an effort to stimulate the economy during the Depression years, the price was raised from $20.67 an ounce to $35 an ounce in 1934. As a result, the Goldroad mine was put back in production by 1936. A January 18, 1936 edition of the San Bernardino Sun described the work that went into reopening the mine.

Millions of gallons of water first had to be pumped from the under ground workings which Included thousands of feet of tunnels, and the various shafts were repaired and retimbered before any attempt was made to take out ore. The major portion of this work was completed early last summer and regular shipments of ore amounting to an average of 50 tons dally have since been made to the Tom Reed mill at Oatman.

During this time crews have also been busy driving new exploration tunnels and sampling ore through out the entire property, and it Is only after this exhaustive study of the property that a decision is said to have been reached to resume op erations on a large scale. 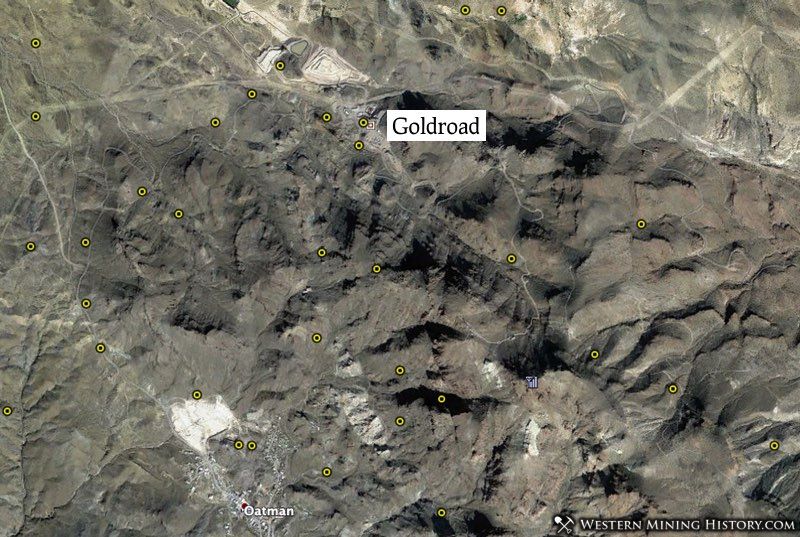 Satelite image shows the location of Goldroad north of Oatman. Yellow circles are mine locations

During World War II, the US government placed a federal moratorium on gold mining. The Goldroad mine was shut down permanently and the town of Goldroad was abandoned. In 2020 a project was underway to resume production at the mine.

Goldroad is credited with nearly 750,000 ounces of gold production.