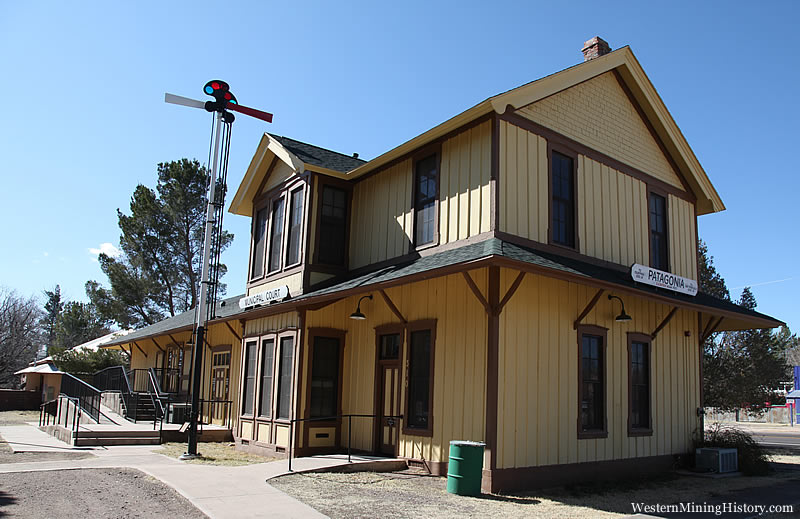 Patagonia and surrounding mountains were settled later than other areas in the West due to the hostile presence of Apache Indians in the area. Sustained military presence after the Civil War resulted in ranchers and prospectors slowly moving back into the area. Patagonia was settled by the late 1800's as a supply and railroad hub for the mines in the nearby mountains. The town was also the site of a smelter that operated until 1960.

I had some trouble ascertaining the actual date that Patagonia was settled as some accounts say 1897 but the train depot was built here in the early 1880's. I believe the site of the town was used for ranching and railroads for some time but wasn't officially a town until at least 1897. Hopefully I'll get some better info on this in the future.

Today Patagonia is still an active town that relies on ranching and tourism. Artists have moved into the area and art galleries and studios have become popular attractions.