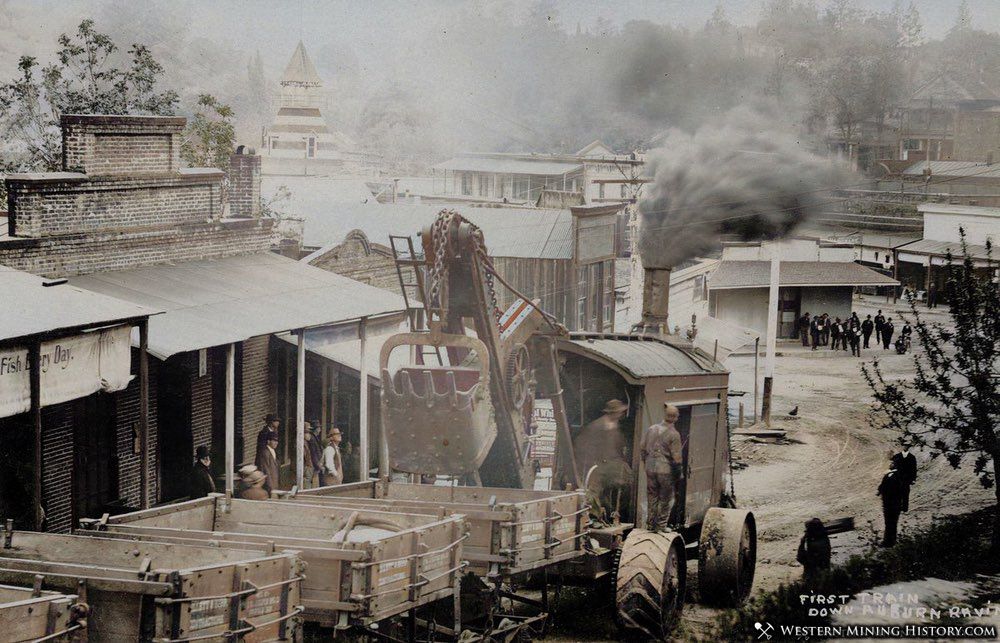 A historical sign in town gives a brief synopsis of Auburn's history: City of Auburn - Gold discovered near here by Claude Chana May 16, 1848. Area first known as North Fork or Woods Dry Diggings. Settlement given name of Auburn in fall of 1849. Soon became important mining town, trading post, and stage terminal. County seat of Sutter County 1850 and Placer County 1851. Destroyed by fire 1855, 1859, and 1863. 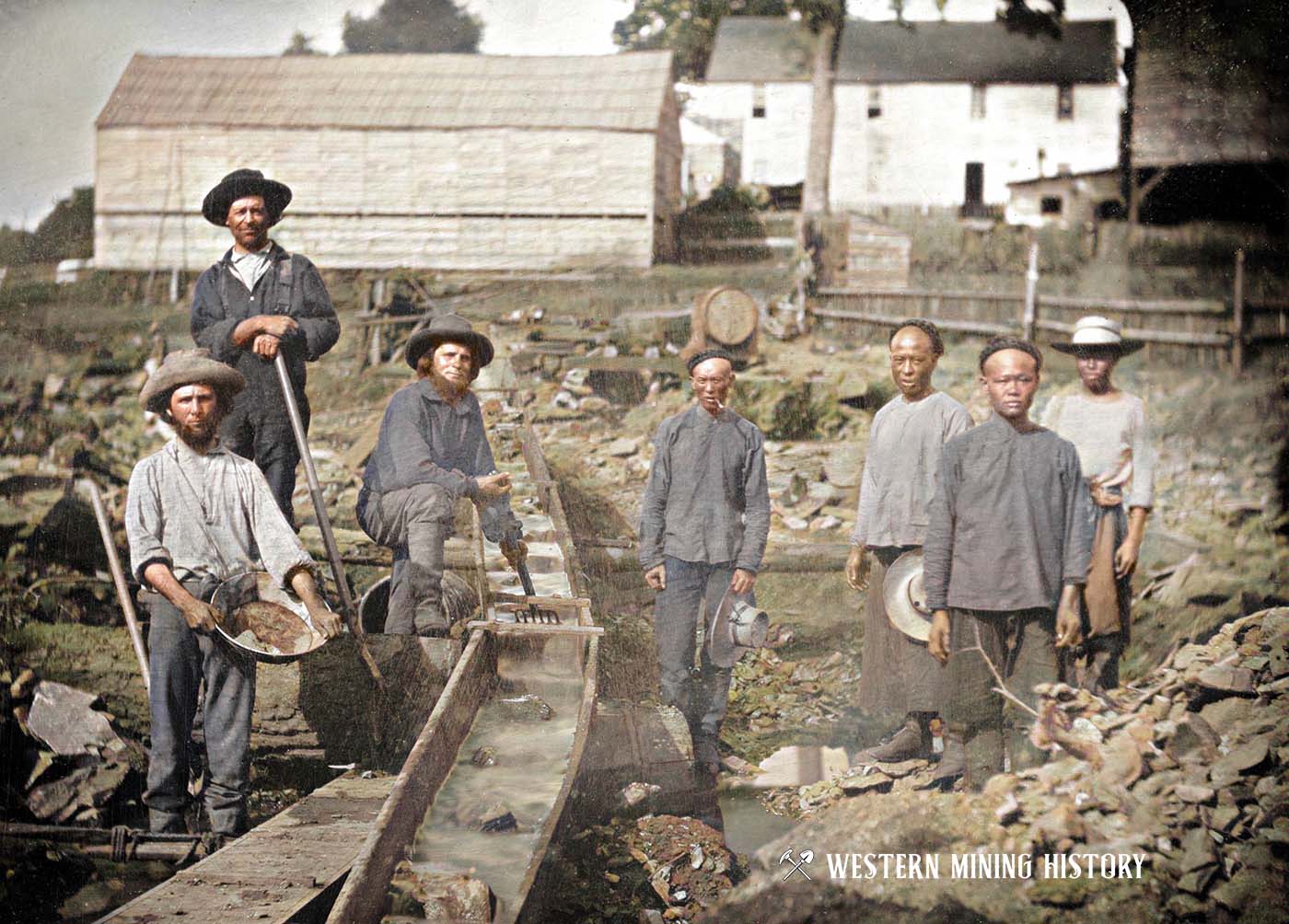 Many towns were established among the rich placer gold fields of California following the 1848 discovery of gold at Sutter's Mill. Usually the gold placers were worked out within a few years, the miners would move on to a new strike, and the town would die. Auburn was no different in the exhaustion of its gold mines, but unlike other camps it did survive once the gold ran out.

Being central to many rich gold mining areas, Auburn quickly developed into one of the largest settlements in California at the time and many substantial buildings were built early in the town's history. Due to the town's early prominence and its location on the road between Sacramento and many of California's richest gold fields, Auburn survived and became the county seat of Sutter County in 1850, ensuring it's survival long after the gold ran out. 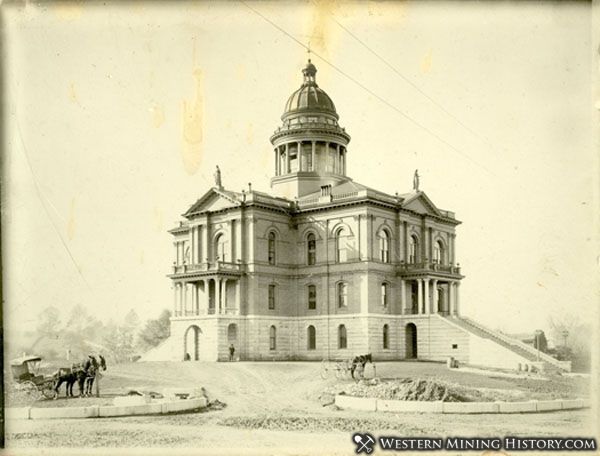 Auburn was an important early supply point for the gold mines and camps of the Sierra foothills. Wagons could only haul goods as far as Auburn and then had to be transferred to mules or carried on the backs of men to the distant gold fields.

As the original counties of California were carved up into smaller counties, Auburn became the county seat of Placer county in 1851, which it remains to this day. 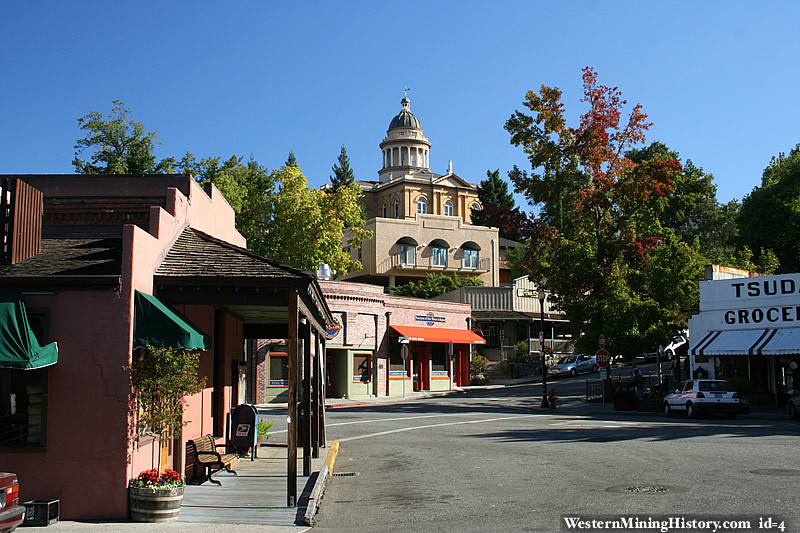 In 1865, the Central Pacific Railroad, the western leg of the First Transcontinental Railroad, reached Auburn.

Today Auburn's historic Old Town still contains many Gold-Rush era buildings. The Placer County Courthouse, built over four years from 1894 to 1898, still stands and is "one of the finest courthouses in the state". 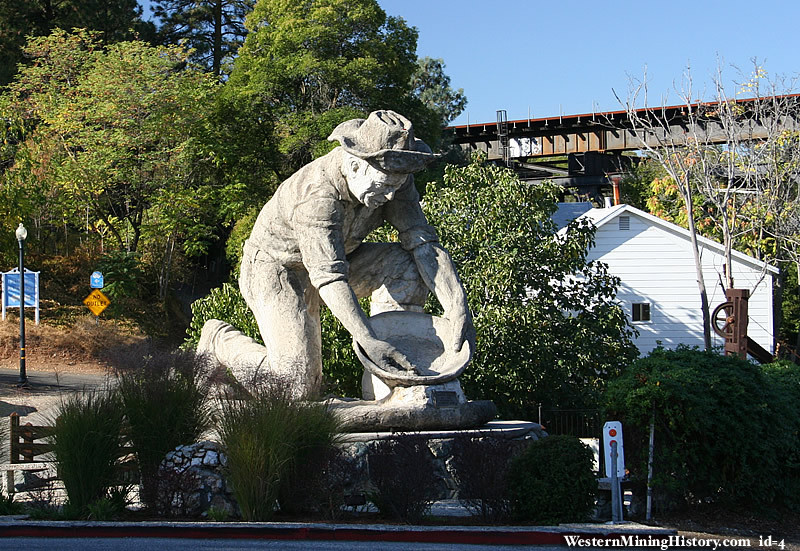 Monument to the 49ers at Auburn, California

Anniversary of the Fire in Auburn

The following article appeared in the Placer Herald on May 31, 1856 on the one year anniversary of the 1855 fire that devastated the town. The article contains a lot of interesting details that describe the town during its boom years.

On Wednesday next it will be twelve months since our town was visited by the fire which laid it in ashes. It was quite a misfortune to most of us, for though the actual losses in property did not exceed $200,000, it has cost much more than that to replace it in the manner in which the necessities of the times seemed to require. As individuals we are certainly losers, but as a town much the gainer. Our streets are wider and nearer straight, the buildings are better, more convenient and secure.

The town has been supplied with an excellent article of spring water, which is carried in pipes to the business and dwelling houses; and should another fire occur, would be an important auxiliary in stopping its progress.

Auburn has for a long time been celebrated for its hotels - they are hotter now than ever. The "Traveller’s Rest" has been enlarged and otherwise improved; the "Mansion House" is a quiet comfortable place; the "Hotel de Union” is convenient to the Courts; the “Orleans,” formerly the Stage House, is well kept; the "Gem" cosy and pleasant; and the "American,” the most luxuriously furnished house in the mountains, has an experienced landlord who will see to its reputation.

The new “Empire,” we understand, will soon be completed, and when friend House once opens; there are too many good qualities connected with the house and keeper to pass unnoticed by the public.

"The American" is a three story fire proof brick, the balance are built of wood, but commodious and comfortable.

There has been built fourteen strong fireproof brick and stone Louses, at a cost of over $100,000.

One hundred and thirty frame buildings have been erected at a cost varying from $300 to $5,000. This great outlay of capital, great for a village of the size of Auburn, has not been without some inconvenience and embarrassment to business, yet we have had but two failures during the year - one of these for a very inconsiderable amount.

Our merchants have larger stocks of goods and better assorted.

The gold dust buyers purchase and ship, on an average, each week, about twenty thousand dollars in dust.

The Placer Press office, which was literally destroyed, has been rebuilt, well furnished with material, and is now prosperous.

The “Herald” has been enlarged since the fire, rebuilt the office, and greatly extended its circulation. New job type have been added to its material, and every convenience drawn around it for business purposes.

These are some of the results of the energy and enterprise of the citizens of Auburn during the past year.

The large capital expended in improvements of so permanent a character has given our place a stability, that invites business to our doors, and business men to locate among us. We shall shortly be relieved from all the embarrassments which can be legitimately traced as the result of the fire; and if the coming year shall prove as profitable in business as the one gone by, we may hope for a good time in the future of Auburn.

Where to Find Gold in California
A Look at California in 1851, Two Years Into the Gold Rush
Placer County California Gold Production