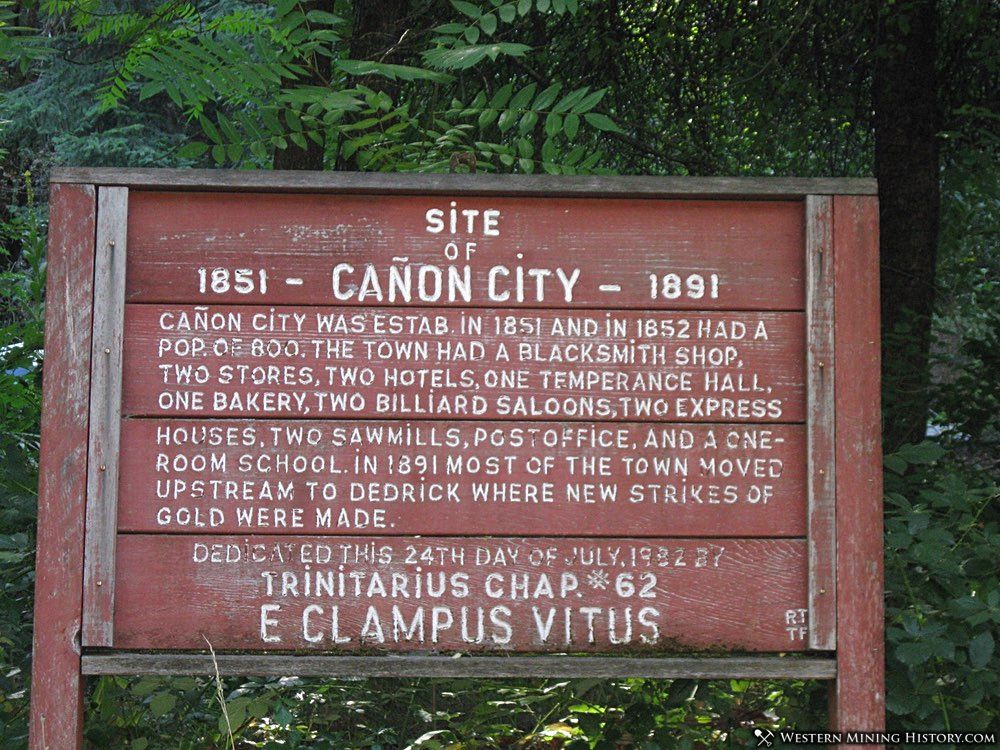 The historical marker at the Canon City town site gives a brief history of this old mining camp:

"Canon City was established in 1851 and in 1852 had a population of 800. The town had a blacksmith shop, two stores, two hotels, one temperance hall, one bakery, two billiard saloons, two express houses, two sawmills, a post office, and a one-room school. In 1891 most of the town moved upstream to Dedrick where new strikes of gold were made." 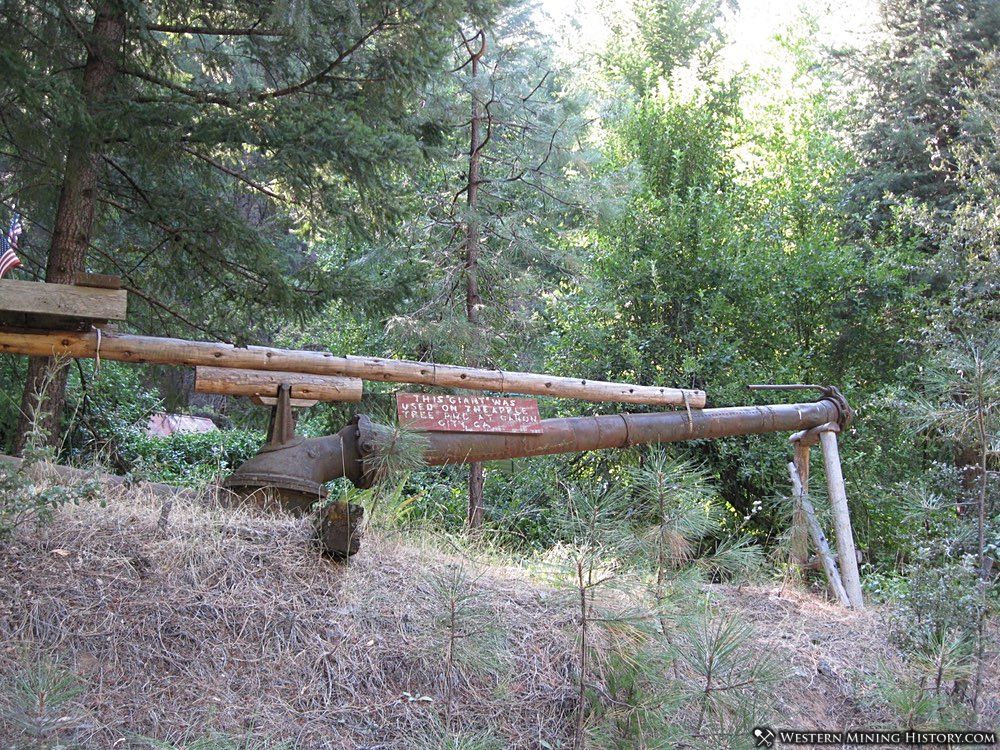 A February, 1856 edition of the Marysville Daily Herald gives some sense as to how primitive the transportation routes were in this area in the 1850s:

"On Canon Creek rich deposits of gold are found, and here, by the way, we have an example of the untiring energy and perseverance of our people. We recollect the time when mule navigation up this stream was considered impossible, but some adventurous spirit finally succeeded in packing a 'Jack' to the present site of Canon city, when unfortunately poor 'Jack' fell off the high bar on which the town is situated, and broke his neck. In commemoration of this event it was called Jackass Bar, since which time it has borne that name."

"The trail at present leading from this place to Canon City, is a good mountain trail, and renders the access to that place easy. The amount of labor and capital expended in mining operation in this district is immense, and those who have never visited that portion of our county, have no idea how far they have advanced."

"They have two saw mills in operation, their dams and flumes are not surpassed by any others in this section of the country, and indeed, a more industrious, persevering and go-ahead set of men cannot be found in Northern California, than the miners of Canon Creek."