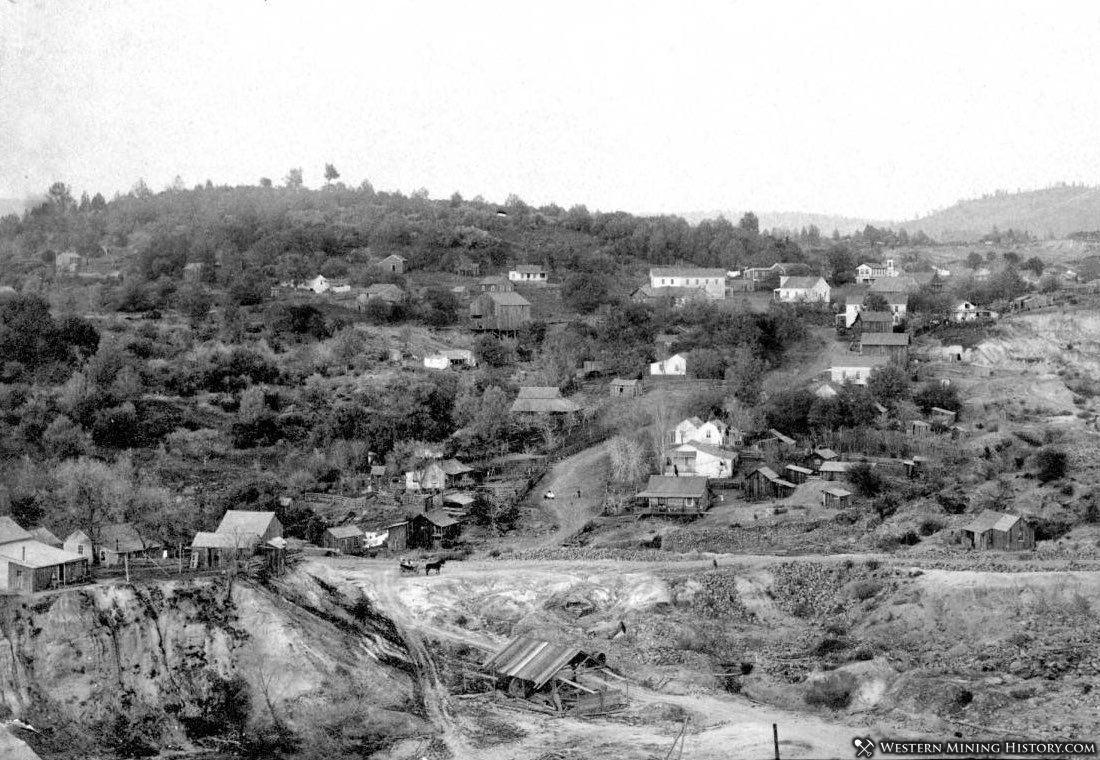 Cherokee was an early and prominent gold rush town that was initially settled by a band of Cherokee Indians prior to 1853. The Cherokee came from Oklahoma, presumably to seek out gold after being displaced from their homes.

European miners started arriving at the fabulous Cherokee diggings in the early 1850s. The town grew to have a population in the thousands in what was one of California's richest districts. Cherokee was one of the earliest towns in California to have running water for its residences. 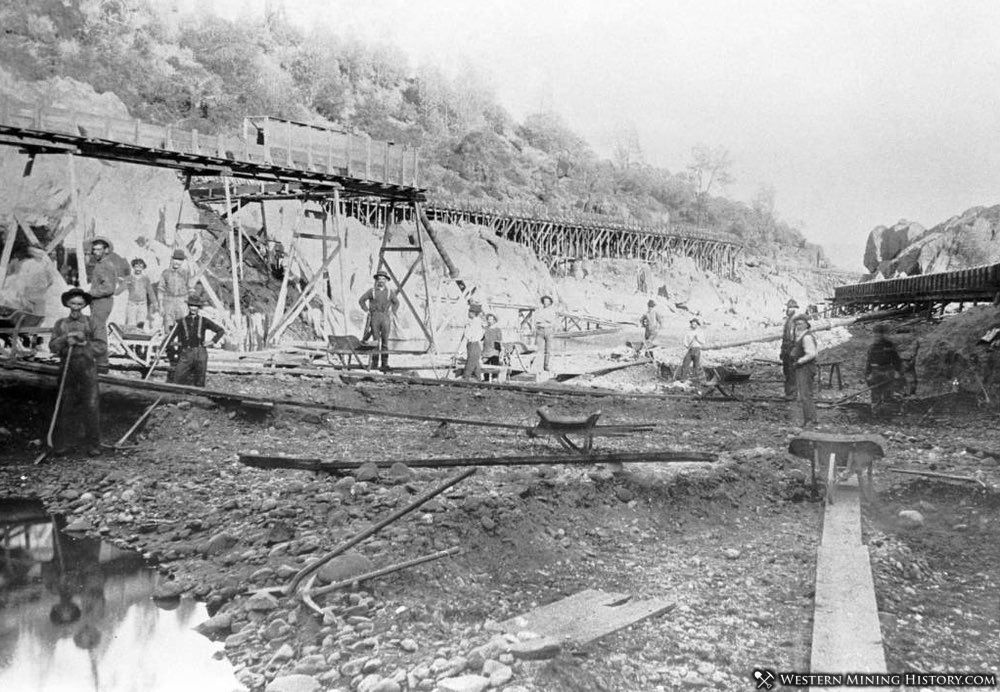 The Spring Valley Mine was nationally famous, and in 1880 President Rutherford B. Hayes came to Cherokee to visit the mine. The President was accompanied by his wife Lucy, Civil War General William T. Sherman, and General John Bidwell.

Cherokee is also noteworthy as being the location of the only commercial diamond deposit ever mined in California. The diamonds were discovered among the gold placers, you can imagine the miner's surprise when they found not only gold, but diamonds in their pans.

Over the years a few hundred diamonds were discovered, but they remained a curiosity in what was one of California's richest gold mines. The diamonds were said to be of excellent quality, but their value was insignificant compared to the gold being produced in the area. 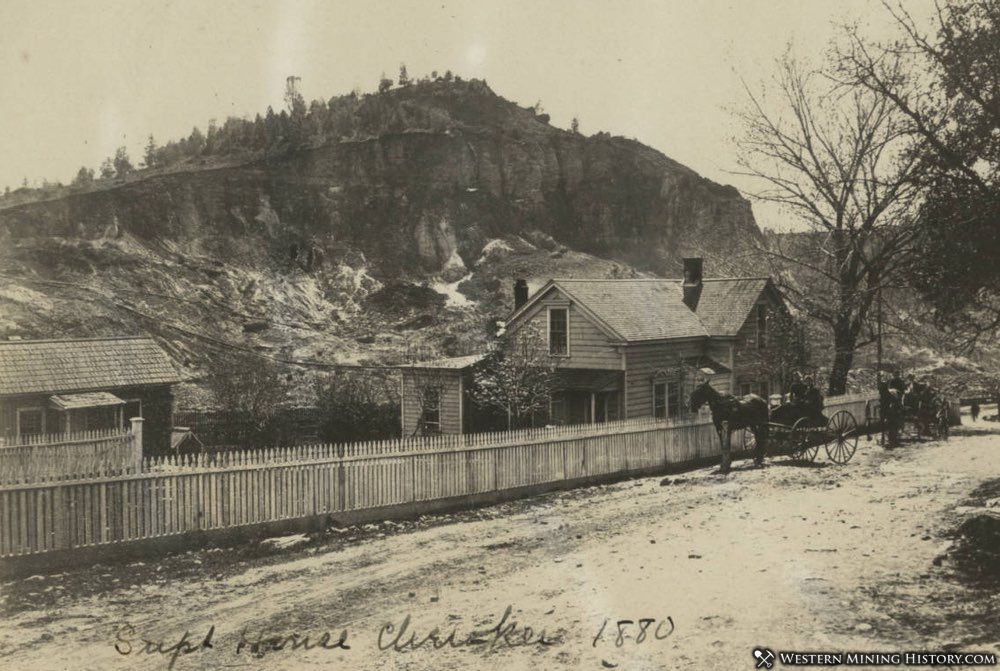 Starting in the 1880s, changing laws related to hydraulic mining caused a downturn in Cherokee's mining industry. By the first decade of the 1900s the mines were closed, and the town of Cherokee was nearly abandoned.

An interesting new chapter opened for Cherokee in 1906 when a man named Cooney arrived who claimed he had experience working in the South African diamond fields. A June, 1906 edition of the San Francisco Call reported the following:

"M. E. Cooney, a diamond expert from South Africa, has come here to investigate the reported existence of a diamond field. Cooney has a world-wide reputation as an authority on diamondiferous soils. A large part of his time is being spent in Cherokee, where several. diamonds have been found. Cooney will make a thorough examination of the territory where the Cherokee dlamonds were found, with a view of discovering if the mother ledge is located here or if the stones were washed from some other source."

"In the last sixty years more than sixty diamonds have been found in the Cherokee mine, the most valuable one being worth $1200, the others ranging in value from $20 to $100. Most of the stones were of a light yellow tinge, although some pure white ones were found."

"As evidence of the fact that the mother ledge is located here, Cooney has discovered a rock typical of diamond-bearing regions, not known to exist elsewhere in America."

Following hist initial visit, Cooney organized the United States Diamond Mining Company and bought up some of the old mines at Cherokee with the intention of mining diamonds.

Cooney and his partners raised capital by selling stock to the citizens of local communities and mining commenced in late 1908. The mine caught the attention of the DeBeers diamond syndicate which sent a representative to inspect the Cherokee operation. The events that followed are shrouded in mystery to this day. 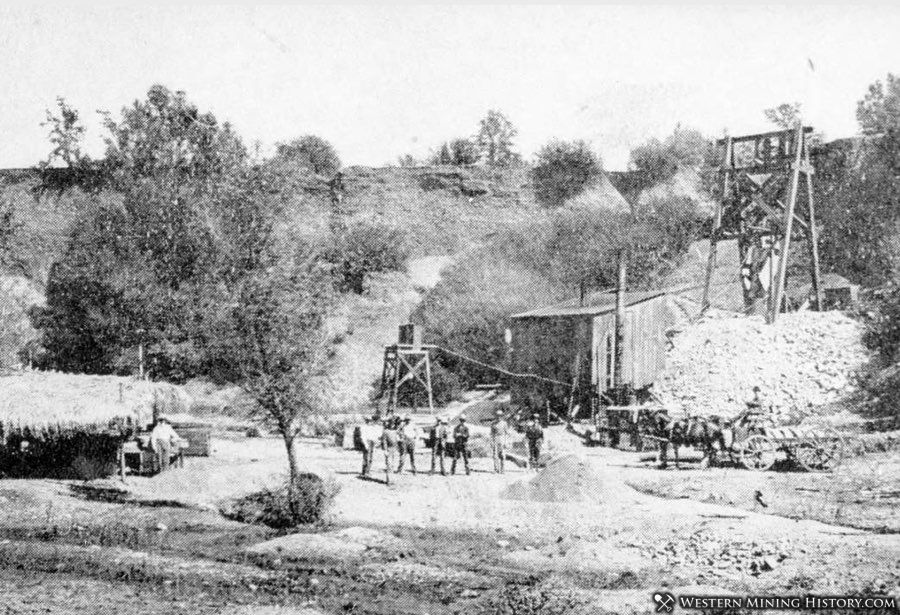 Following the visit by the DeBeers representative, miners at the Cherokee diamond mine were said to make several noteworthy diamond finds. Shortly after these discoveries, Cooney announced that the diamonds were of poor quality, only suitable for industrial use. He aggressively bought out his partners and bought up all the public stock he could to gain control of the mine.

Cooney then shut the mine down and sold off all the equipment. The United States Diamond Mining Company mine at Cherokee never reopened.

The circumstances behind the closure of the mine raises many interesting questions. The diamonds previously found at Cherokee were described as equal in quality with those from the South African mines, why would Cooney suddenly claim they were worthless?

Where did Cooney get large sums of cash to abruptly by out his partners and purchase back the public stock? If the diamond mine was worthless as he said, then why would he spend so much to close it down?

The seemingly obvious conclusion to this mystery is that DeBeers paid Cooney to put the mine out of business as they did not want a domestic rival in the US diamond trade which at the time was worth tens of millions of dollars a year to DeBeers.

Cooney died in 1929 and was said to be a pauper. Why did he never sell his interest in the mine? Unfortunately the mystery of the Cherokee diamond mine will never be known. Cooney took the secrets with him to the grave.