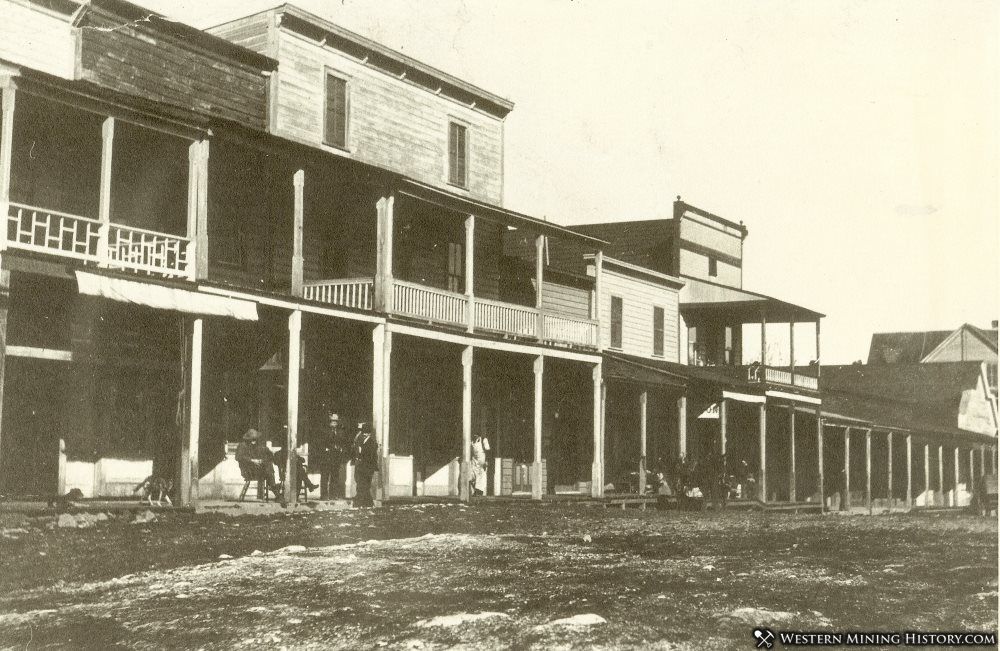 Founded August 7, 1849, by George Phipps and party, Georgetown was nicknamed "Growlersburg" due to the heavy, gold-laden quartz rocks that "growled" in the miners' pants pockets as they walked around town. Georgetown is named for George Washington. The first post office was established in 1851. After a disastrous fire in 1852 the old town was moved from the canyon in lower Main Street to its present site, and, unique in early-day planning, Main Street was laid out 100 feet wide, with side streets 60 feet. After this new reconstruction, the residents of the city proclaimed their town as the "Pride of the Mountains". The hub of an immensely rich gold mining area, Georgetown had a population of about three thousand from 1854 to 1856. As a gold rush camp, the community outlasted many other towns, because the gold found nearby was solid primary deposits, as opposed to placer deposits. Gold production continued until after the turn of the 20th century.