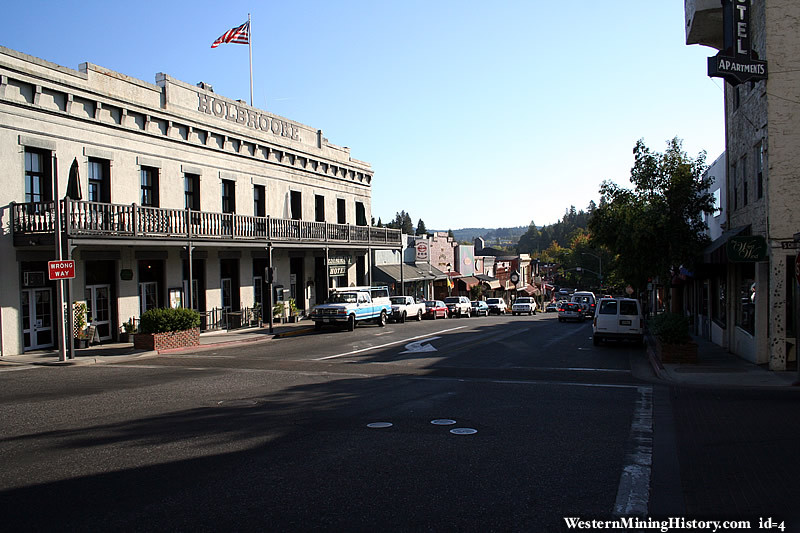 Grass Valley's history is part of the colorful lore of the California Gold Rush. The first notations about the area are from the late 1840's when a party of men searching for cattle came upon a "grassy valley".

Grass Valley's claim to historic fame is embedded in the vast amounts of gold discovered and extracted from its rich underground mines. In more than 100 years of mining, the mines of Grass Valley made it the richest of all California gold mining towns. As word spread about the gold rush, prospectors flooded the foothills. The small settlement began looking like a village. Then in 1850, a settler by the name of George McKnight discovered gold in the quartz rock along Gold Hill and the real boom began.

By 1851, thousands of people were living in the bustling town now known as Grass Valley and in the nearby town of Nevada, (later renamed Nevada City when Nevada became a state). Grass Valley suffered a disastrous fire in 1855, and Nevada City burned in 1863, but the towns quickly rebuilt and continued to grow.

The Empire, Northstar, Pennsylvania, Idaho-Maryland and Brunswick mines became known around the world, attracting hardworking miners and would be millionaires. As the underground mines grew, skilled hard-rock miners from Cornwall and Ireland arrived. They settled into their new hometown of Grass Valley while mine owners and managers lived in nearby Nevada City. Over the next 100 years the mines extracted more than $400 million in gold, making Grass Valley California's most prosperous mining town. Unfortunately, gold mining declined in the 1950's and eventually all of the hard-rock mines were closed.

Text courtesy of the Grass Valley Chamber of Commerce