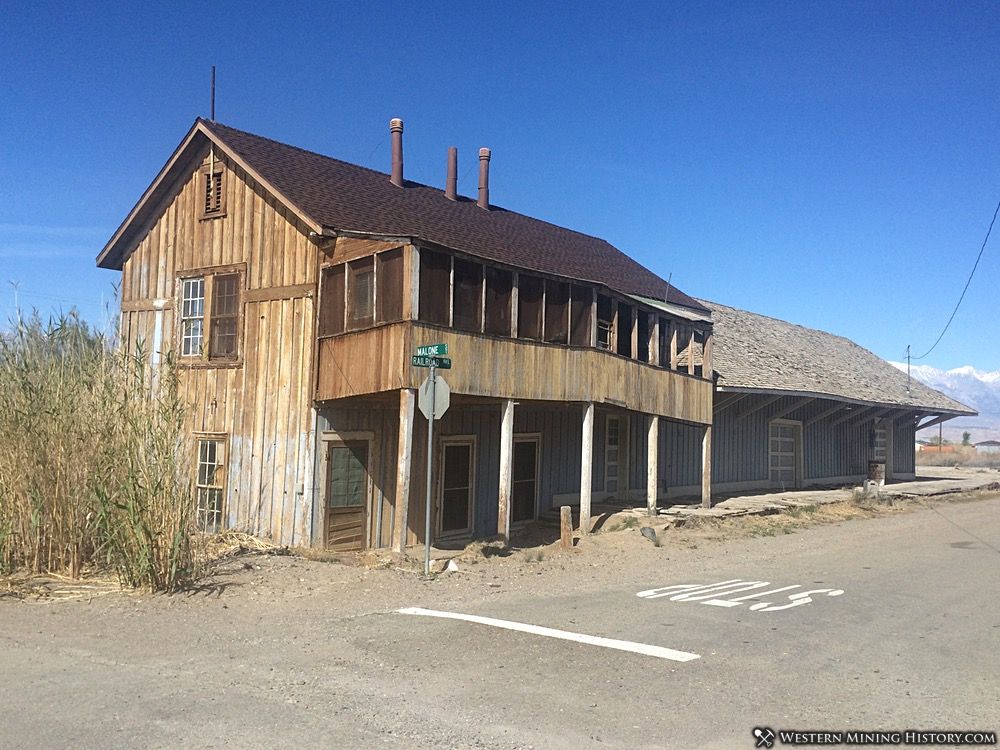 Keeler, originally known as Hawley, was established on the shore of Owens lake in the early 1870's as a competing freight terminal for steamship travel over Owens Lake. The original terminal was six miles north at the town of Swansea.

Other sources have reported that Keeler was established after the March 1872 Lone Pine earthquake changed the location of the shoreline at Swansea. However, the wharf at Swansea was extended approximately 200 feet after the quake, and freighting resumed from the location. 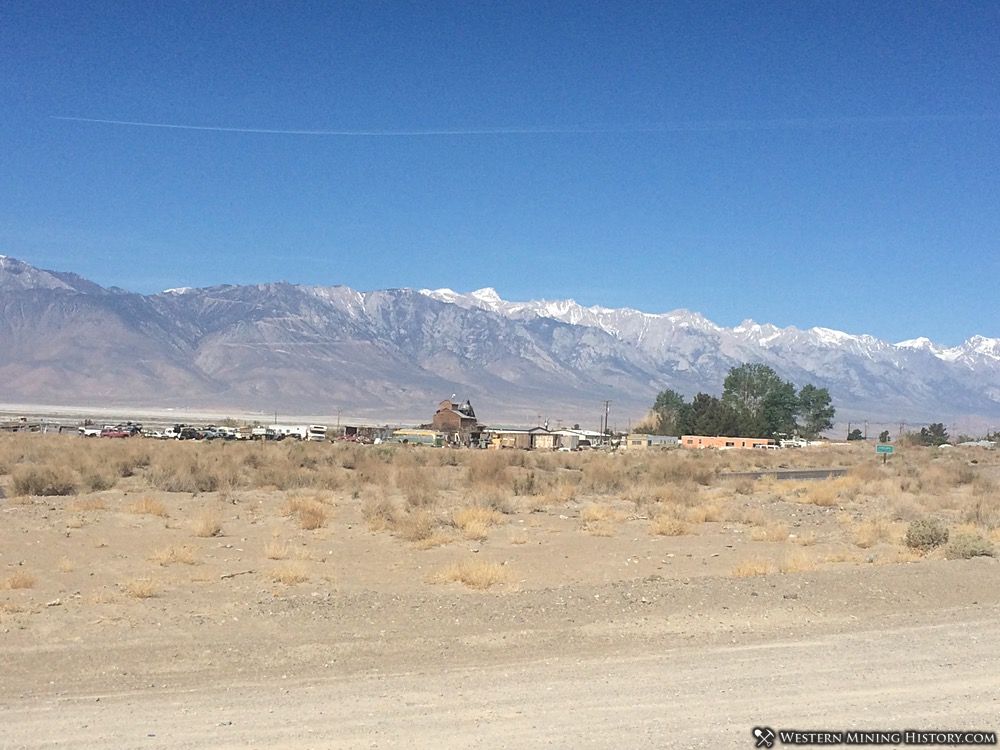 The real story of Keeler is that of a business rivalry between Mortimer Belshaw, prominent mine and smelter owner in Cerro Gordo, and the Owens Lake Silver-Lead Company which operated a smelter at Swansea.

In 1873 Belshaw bought the steamship Bessie Bradie, the only steamer running in Owens Lake, and built his own wharf at the site that would become Keeler. The wharf was moved to bypass the smelter at Swansea, which was a crippling blow to the already-struggling Owens Lake Silver-Lead company. Swansea was a shell of a town when in early 1884, a summer cloudburst caused a debris flow that buried the town site.

Through the 1870's Keeler (Hawley), was merely a freighting terminal and wasn't much of a town. That changed with the arrival of Julius Keeler in 1879. The mines of Cerro Gordo were experiencing a resurgence in 1880 and Keeler made plans to build ore mill and layed out a townsite. The mill opened in 1881 and began processing low-grade ore from the Cerro Gordo mines.

In 1882 Keeler invested heavily in refurbishing the Bessie Brady steamship, only to have it consumed by fire shortly after the work was completed. This marked the end of freighting by steamer on Owens Lake.

Keeler would again become a freight hub in 1883 with the arrival of the Carson and Colorado Railroad. Mining in the area waned throughout the 1880s and 1890s, and both the mill and railroad struggled to stay in business.

In the middle part of the first decade of 1900 there was renewed interest in the mines around Cerro Gordo. In 1906 a smelter was built at Keeler to again process low-grade silver ores. 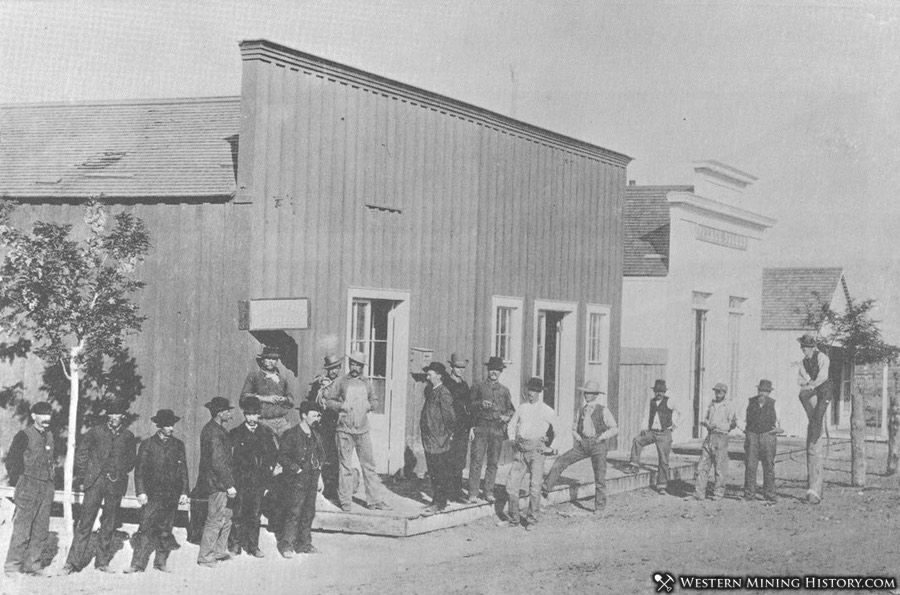 The year 1907 would see the first interest in zinc mining in the district. In 1908 a new zinc smelter was constructed at Keeler, and an aerial tram was built connecting the mines of Cerro Gordo with the new smelter. In 1915, an improved tram was built, and the tram towers from this second build, complete with cables and an occasional bucket, can still be seen above the road to Cerro Gordo.

Mining in Cerro Gordo experienced several more periods of activity that kept Keeler alive through the 1920's. By 1933 the mines at Cerro Gordo finally shut down permanently, and Keeler would no longer be a milling or smelting town.

Starting in 1913, water from the Owens Valley was diverted into the Las Angeles Aqueduct, causing Owens Lake to dry up by 1926. Soda processing from the dry lake became an industry in Keeler that would help it survive the closing of the Cerro Gordo mines.

Ultimately, the mineral industries could not sustain Keeler forever and in 1960 the railroad terminal closed. In 1961 the tracks were removed and Keeler's role as a freighting center came to an end. 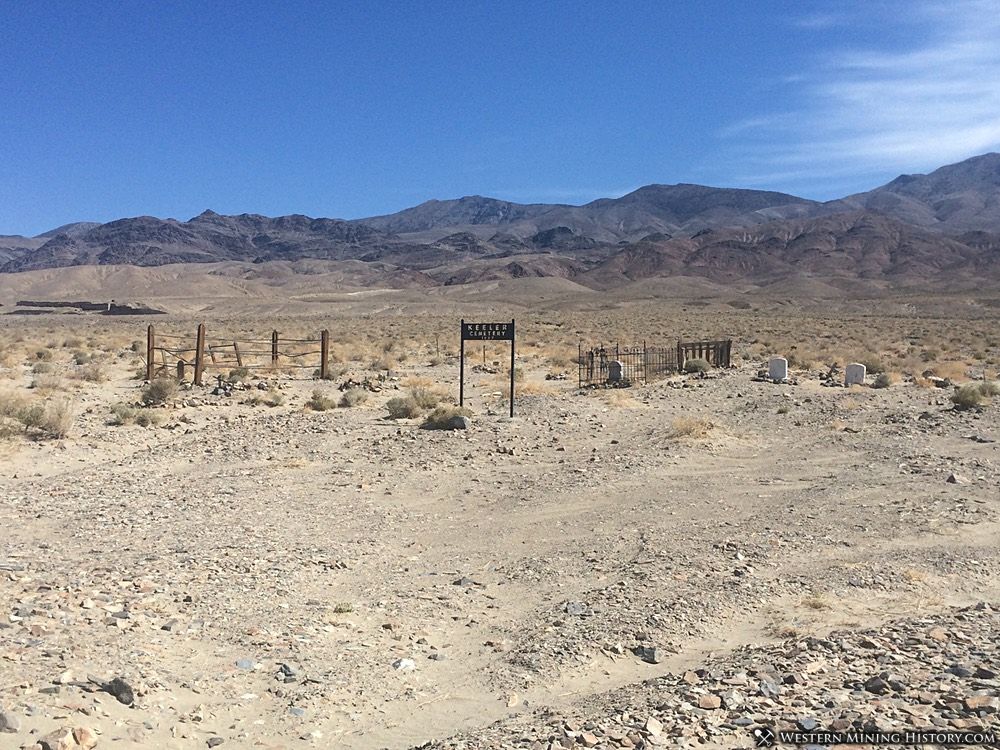 Today Keeler is a town of a few dozen people and no operating businesses. The Keeler Cemetery can be viewed just across the highway from the town.