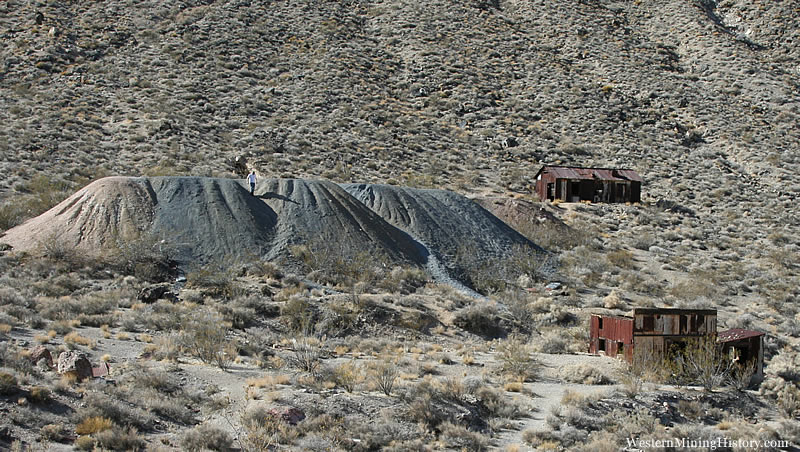 The townsite of Leadfield at the head of the canyon dates to the years 1925 and 1926. The product of extensive and fraudulent advertising by the Western Lead Mine Company and C.C. Julian, the town boomed in 1925. His advertising posters showed steamboats navigating the Amargosa River to Leadfield, ignoring the fact at the Amargosa River is dry much of the time and does not run within 20 miles of Leadfield.

Fifteen miles of road were built up the canyon to connect with the road to Beatty, Nevada, a concrete foundation for a Stamp mill was poured, and the beginning of a series of power poles for electric lines were installed.

Historic photographs show some frame and corrugated metal buildings and there is evidence of a few dugouts, but the majority of the denizens of Leadfield lived in tents of varying sizes and construction. The population peaked at around 300 in 1926, with a post office opening in August of that year. However, by February 1927, the post office closed down and the town died.

Julian disappeared and the inhabitants soon became disillusioned and quickly drifted away. The significance of the site lies in the fact it was an example of one of the get-rich-quick schemes of the wild 1920s.