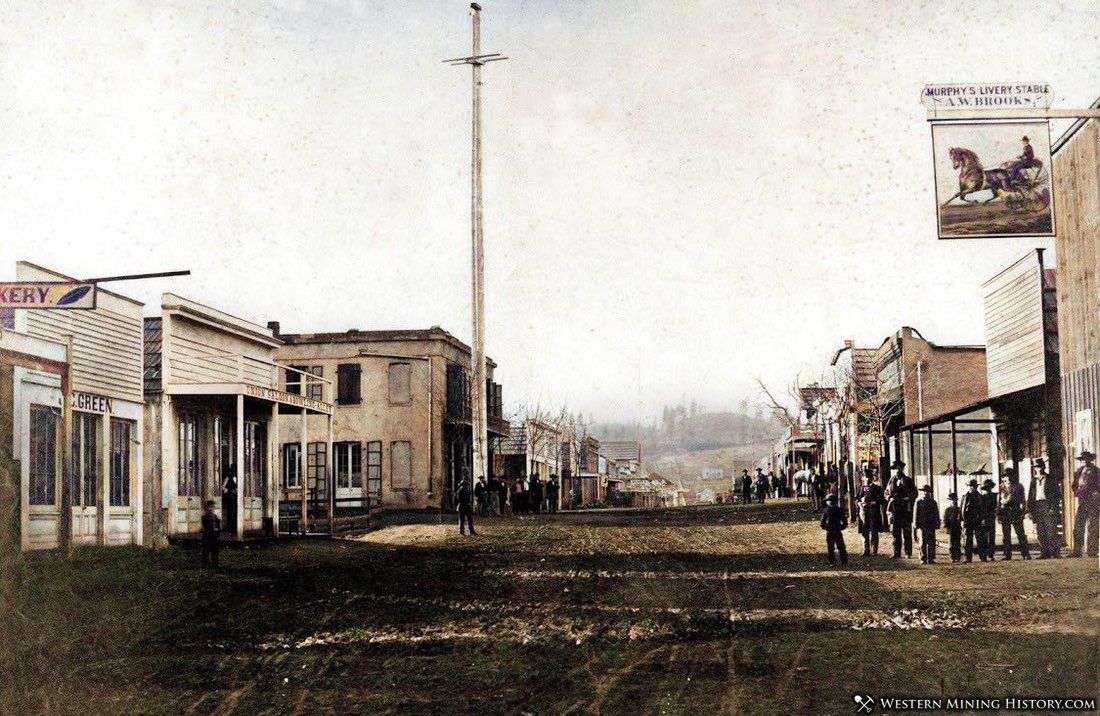 Murphys is one of the oldest and most important of all the Gold Rush camps in California. The town is named after John and Daniel Murphy who operated a trading post at the site starting in 1848.

The Murphys also operated a placer mine and were fortunate to be some of the first miners on what were very rich diggings. They reportedly recovered two million dollars in gold in just one year, becoming millionaires before the age of 25.

Murphys was one of California's richest placer gold locations. Claims were so rich that they were limited to eight square feet. It was said that in the early days an ounce of gold in every pan was not unusual. One winter over $5 million in gold was taken from a single four acre area south of Murphys Hotel. At least $20 million in total gold production is credited to the mines here. 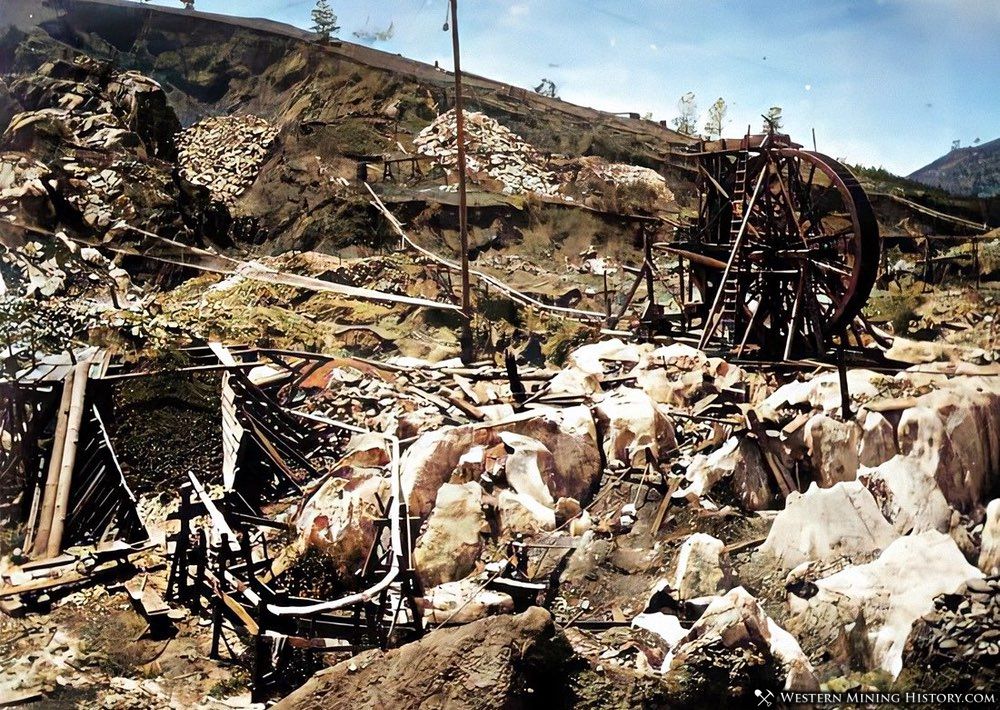 An article in a May, 1858 edition of the Stockton Independent describes the optimistic feeling among the town's citizens: The town on Sunday presents an unusually lively appearance. At night the streets are full; several new drinking saloons are opened, the price of liquors is everywhere a "bit"; the casual passenger cannot fail to hear the cheering assurance that "the inside money makes the game" - a maxim of extensive application. In fact, everything denotes the expectation of a good time coming. 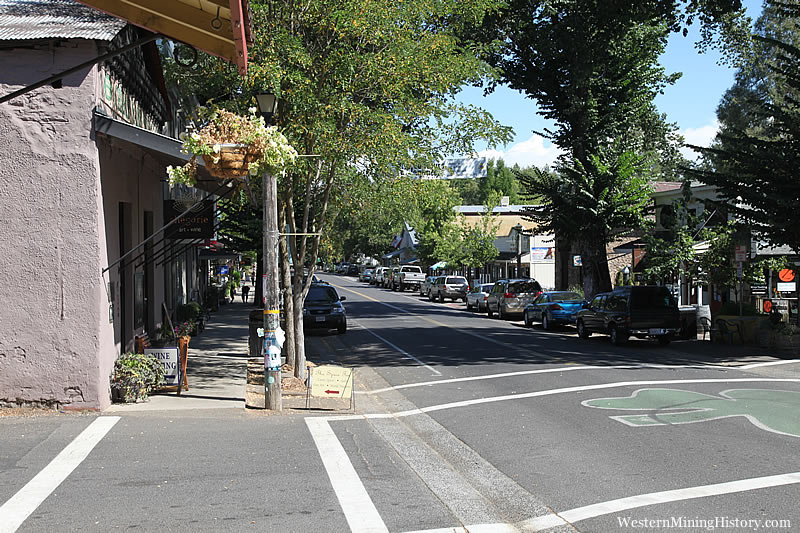 Although the rich placer mines at Murphys were worked out in the first couple decades, the town continued to prosper as a supply and distribution center. Murphys supplied many of the Nevada boomtowns by shipping goods over Ebbetts Pass. 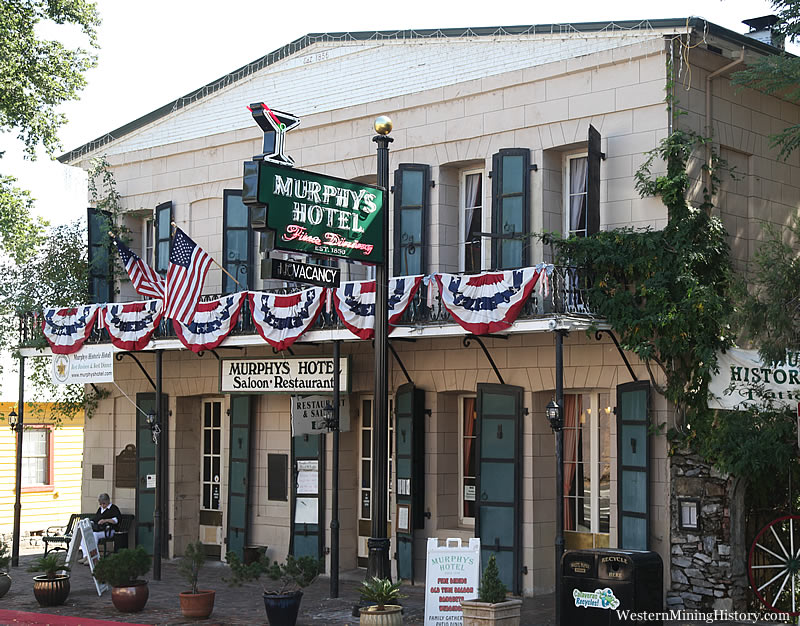 Today Murphys the location of many wineries and a popular tourist destination. The Murphys hotel is one of the oldest in California, dating back to 1856. The hotel's heavy stone construction and iron shutters helped it survive the fires that destroyed the rest of the town in the 1800s.