At an elevation of over 11,500 feet, Animas Forks is one of the loftiest mining towns ever established in the West. According to the 1885 publication Crofutt's Grip-sack Guide of Colorado, the town is "in the midst of wild and rugged country, where nothing but rich mines would ever induce a human being to live longer than necessary." 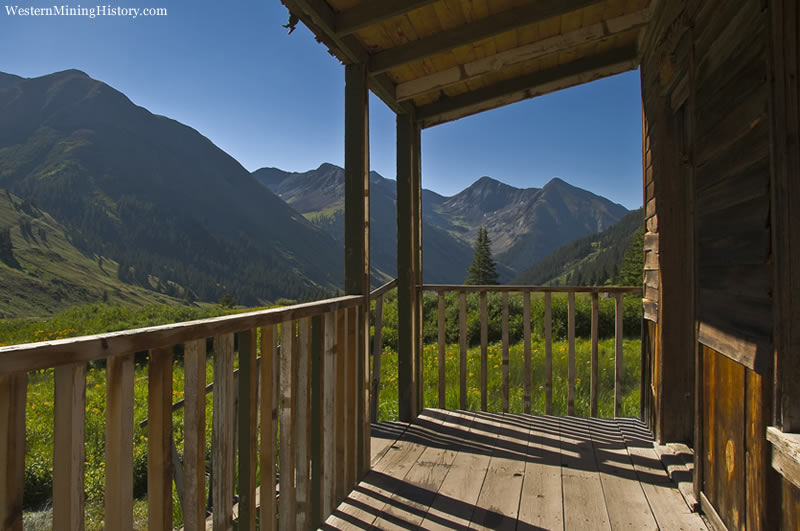 Animas Fork's first cabin was built either in 1873 or 1874 (sources vary in their descriptions), making it one of the earliest settlements in the San Juan Mountains. A post office was established in 1875 and by 1876 the camp had become an active mining community. At that time the town contained 30 cabins, a hotel, a general store, a saloon, and a post office. In 1882 a newspaper, the Animas Forks Pioneer, began publication and lasted until October 1886. 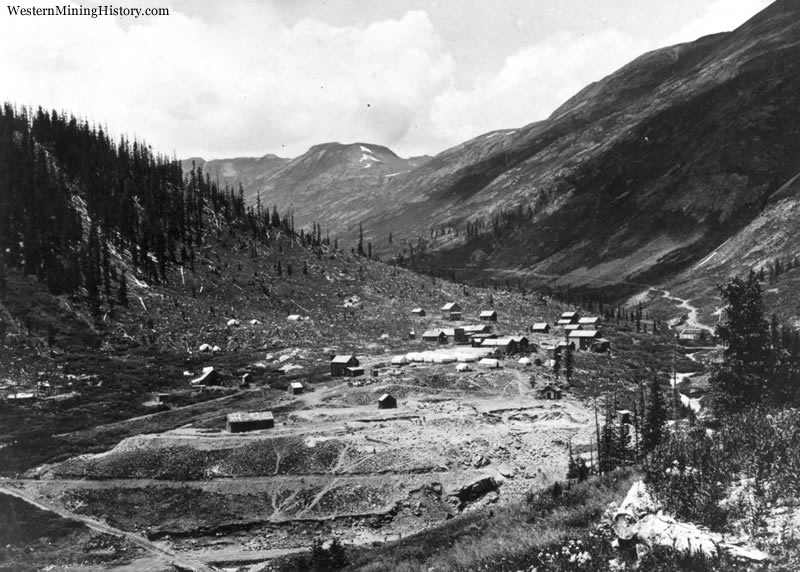 An article from 1875 stated "from Eureka up to the Forks of the Animas, we have only a trail, and not a very good one at that." A toll road was completed that summer from Lake City to Animas Forks. 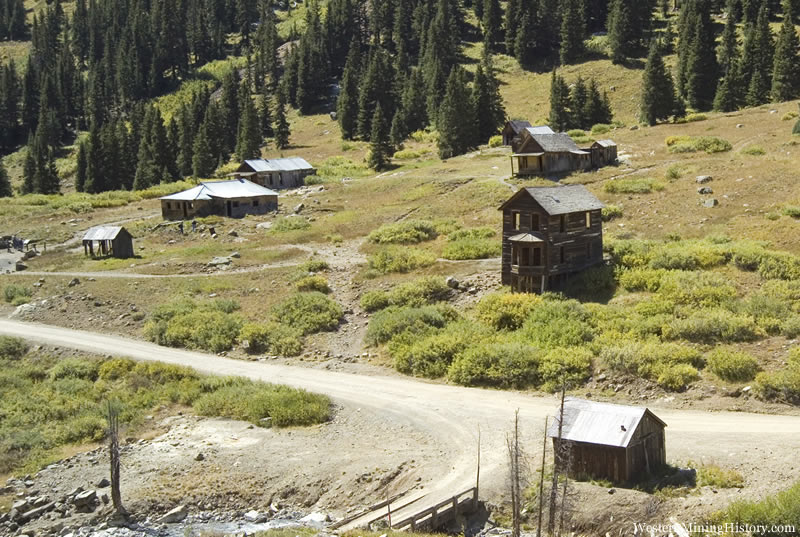 An article from an August, 1875 edition of the Las Animas Leader notes "At Animas Forks, the present terminus of tho Saguache and Lake City toll road, there is quite a little settlement, and it will in my opinion, at no far distant day be the leading town of the San Juan mines. From the mines of Lake City district to the placer diggings of La Plata, a distance of about sixty miles, as the crow flies, and situated within ten miles of the richest mineral section upon the face of God’s foot-stool is the Animas Forks, the town of La Plata. Parties are now making arrangements to put up saw mills, reduction works, smelters, separators and all such works are are necessary to work the rich mines of this neighborhood and the Uncompahgre."

Despite it's alpine location, mining and nearby stamp mills kept the town growing. By 1883 450 people lived in Animas Forks. 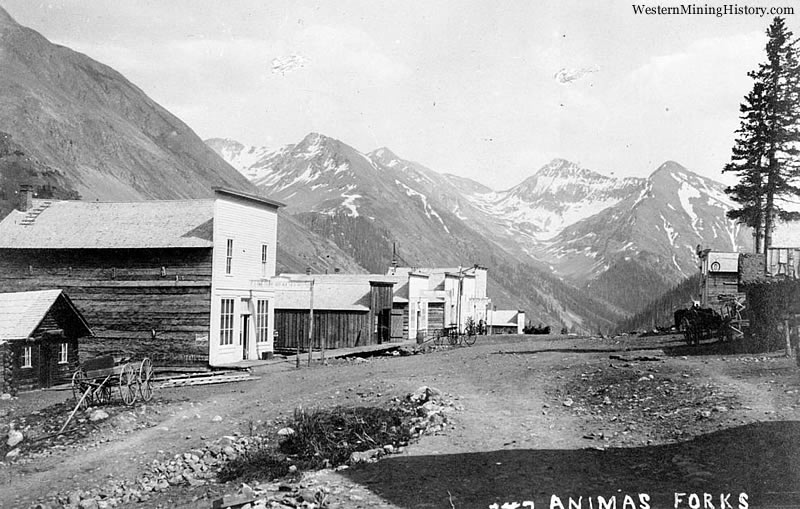 Every fall most of the residents of Animas Forks migrated to Silverton. In 1884 a 23 day blizzard inundated the town with 25 feet of snow, the residents had to dig tunnels to get from building to building. 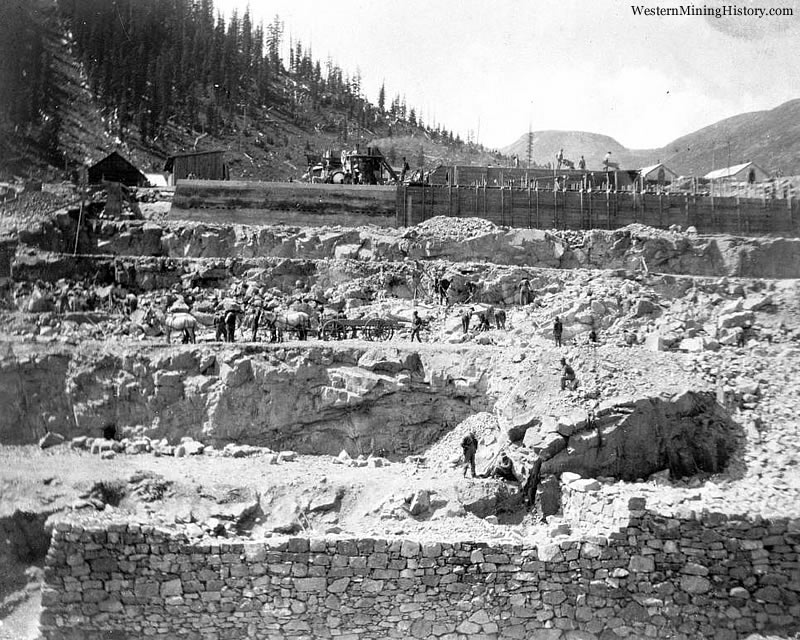 The steep terrain and high elevation left Animas Forks at the mercy of extreme weather. In March of 1877 a massive snow slide completely destroyed the recently completed San Juan smelting works along with a saw mill and 3 cabins. The losses were estimated at $30,000.

Mining in the area began to decline by 1890 and Animas Forks' future looked uncertain. In 1904 the construction of the Gold Prince Mill gave the town a temporary reprieve. 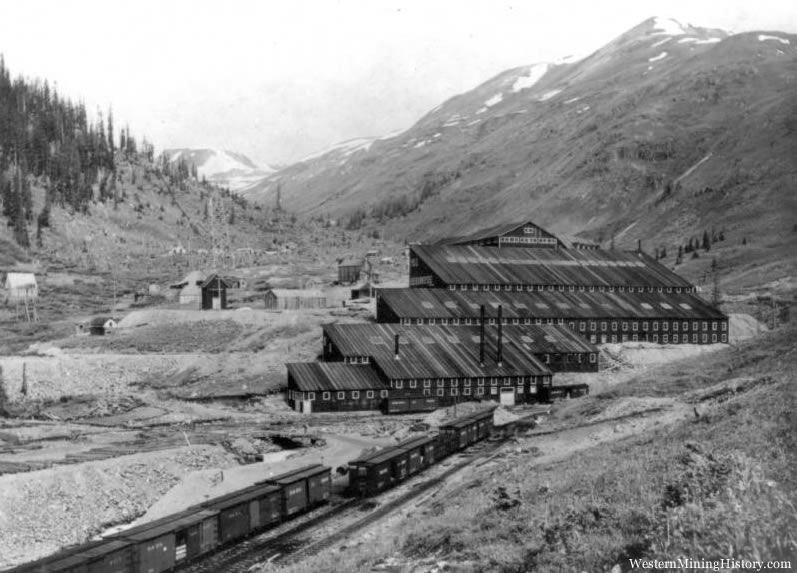 The Gold Prince Mill closed in 1910 and in 1917 most of the mill's major parts were removed for a new mill in nearby Eureka. The mill's dismantling signaled the beginning of the end for Animas Forks and the town was a ghost town by the 1920s. 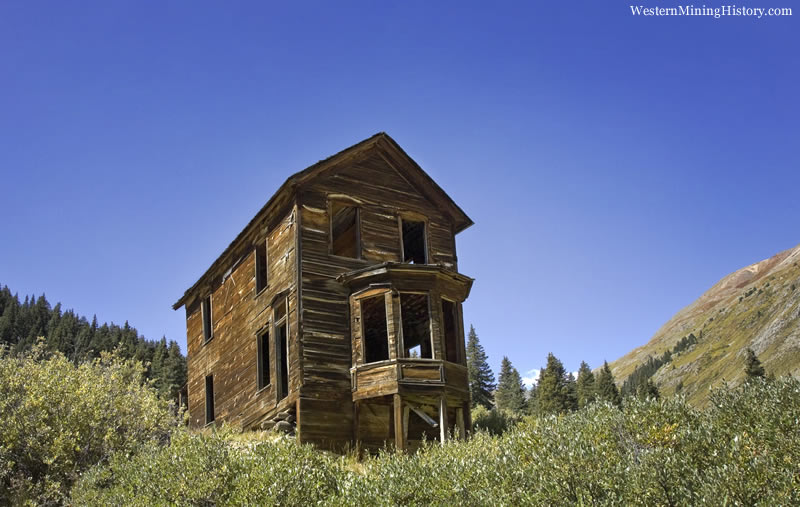 Today Animas Forks is a popular ghost town that is visited by thousands of people every year. The town is listed on the National Register of Historic Places.