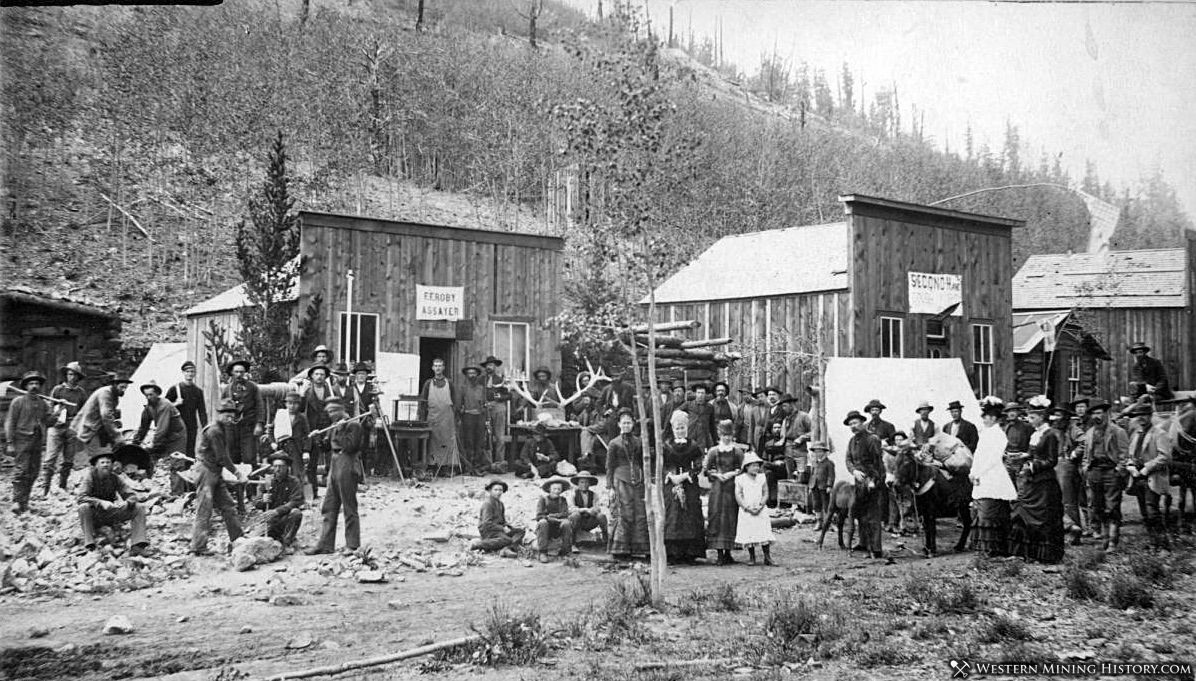 The first mineral-bearing lode was located in the district in May 1880 on Kerber Creek, where large silver-lead fissure veins were discovered. After the discovery, prospectors swarmed into the area, and the town of Bonanza was founded. Most of the mining operations were small, however, and by 1882 the town had lost most of its population.

The 1920s were Bonanza's best years when it was said that thousands of miners lived there, and there were 16 dance halls and 26 saloons.

District production dropped abruptly in 1931 but was revived in the late 1930's and early 1940's. The mines were relatively inactive from 1952 through 1959. Total gold production through 1959 was about 17,000 ounces; virtually all production was a byproduct of base-metal and silver ores.