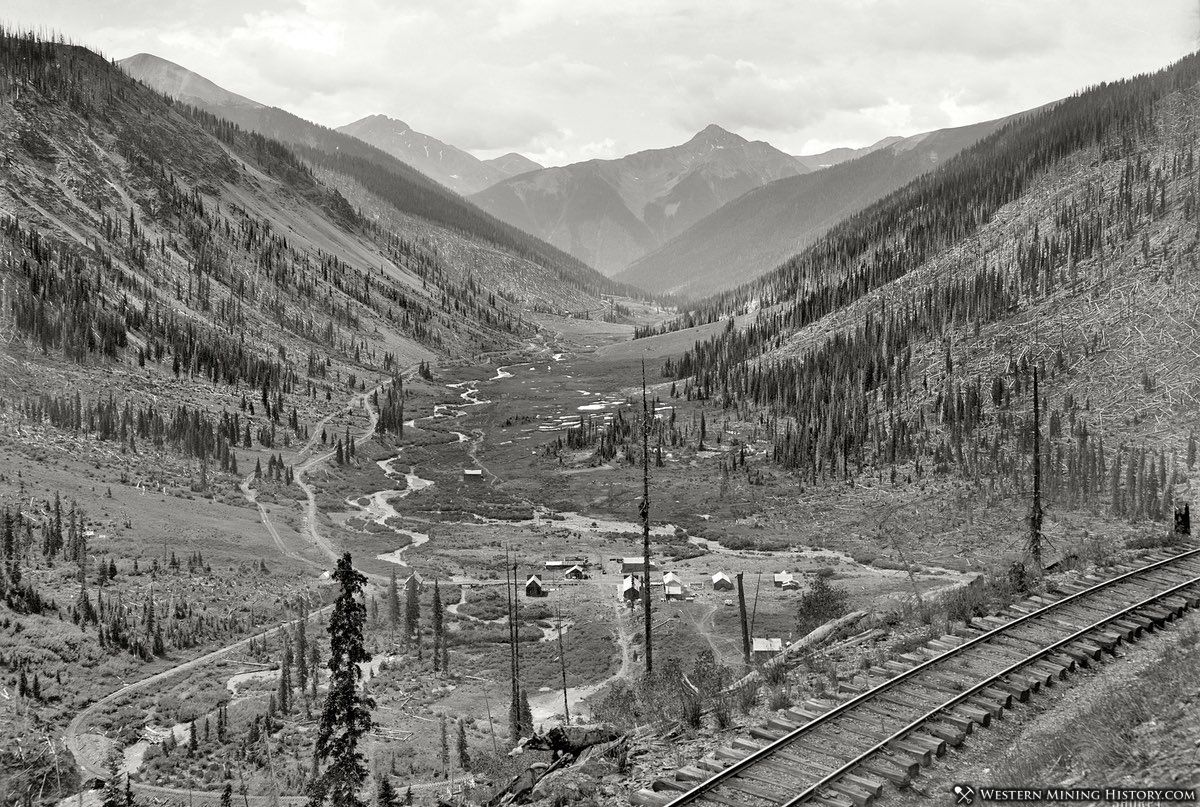 Silver was discovered in the area that would become Chattanooga in the late 1870s. Silver mining in the region was slow to develop given the lack of transportation infrastructure and extremely rugged terrain that characterizes the San Juan mountains of Colorado.

Chattanooga got started as a minor mining camp around 1882, with the Silver Crown mine being the early producer at the site. A post office opened in 1883.

Chattanooga's location at a lower elevation than most of the areas mines and camps made it a natural supply point for the Red Mountain district. Wagons from Silverton would stop in Chattanooga to transfer supplies to the pack trains that hauled supplies through the mountainous terrain. 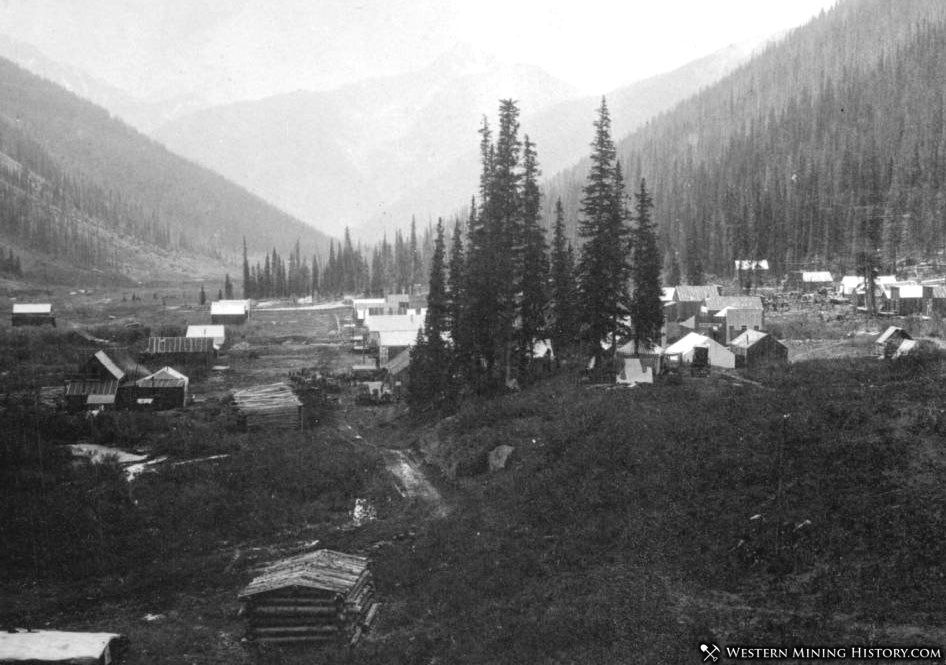 In 1887 a rail line from Silverton to Chattanooga was completed, solidifying the town's position as the district's supply hub. Chattanooga was the site of the famous "Burro Shoe Curve", a 200 degree curb climbing 500 feet in just over a mile.

The area's spectacular scenery made it a tourist destination from an early date. An 1890 newspaper advertisement touts the "Rainbow Route" of the Silverton Railroad and includes a mention of the curve at Chattanooga:

Leaving Silverton the route winds around Red Mountain to the famous Burro Shoe curve above Chattanooga, climbs up Lookout mountain over a grade of 240 feet to the mile, from the summit of which a view is presented of variegated scenery which cannot be surpassed by the mind's wildest phantasm. 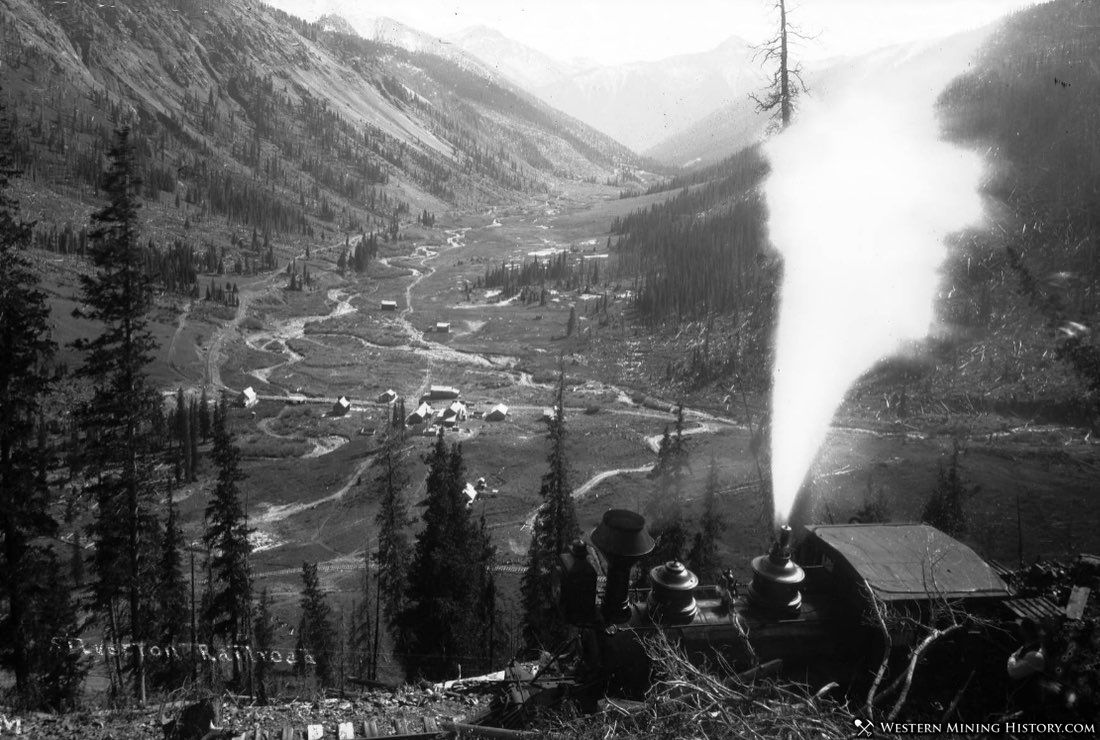 A March 15 edition of the Silverton Standard describes the difficulty of winter transportation in the area:

About a ton of express matter was brought down over the Rainbow route on Tuesday. The express left Denver Friday night and was hauled in sleighs from Ouray to the summit. From there it was brought to the train, at Chattanooga, on toboggans.

Chattanooga's fortunes were hard hit during the 1893 silver crash, along with most of the communities of the Red Mountain district. Many sources state that Chattanooga's post office closed in 1894, which would make sense following the previous year's silver crash. However, newspaper articles from the time reveal that a post office was once again in operation by 1903. A 1904 edition of the Silverton Standard stated:

This little hamlet is beautifully situated about seven miles from Silverton, up Mineral Creek. It is the center of an active mining district, and has for its chief industry the Silver Ledge mill. It has a store, saloon, postoffice and a well conducted school presided over by Miss Alice Deutsch. Chattanooga is destined to advance as its surrounding mining territory is developed.

The article goes on to state 10 students are enrolled in Chattanooga's school.

An article from 1919 mentions that the Silverton Northern railway ceased making trips to Red Mountain, and now ore had to be hauled from the district by four-horse teams, with a station being located at Chattanooga.

By 1920 very few newspaper articles mention Chattanooga. A 1921 article states that Chattanooga will have no elections this year. After 1922 no more mentions can be found from local papers. It is unclear when Chattanooga's post office closed for the final time, but was most likely prior to 1922.