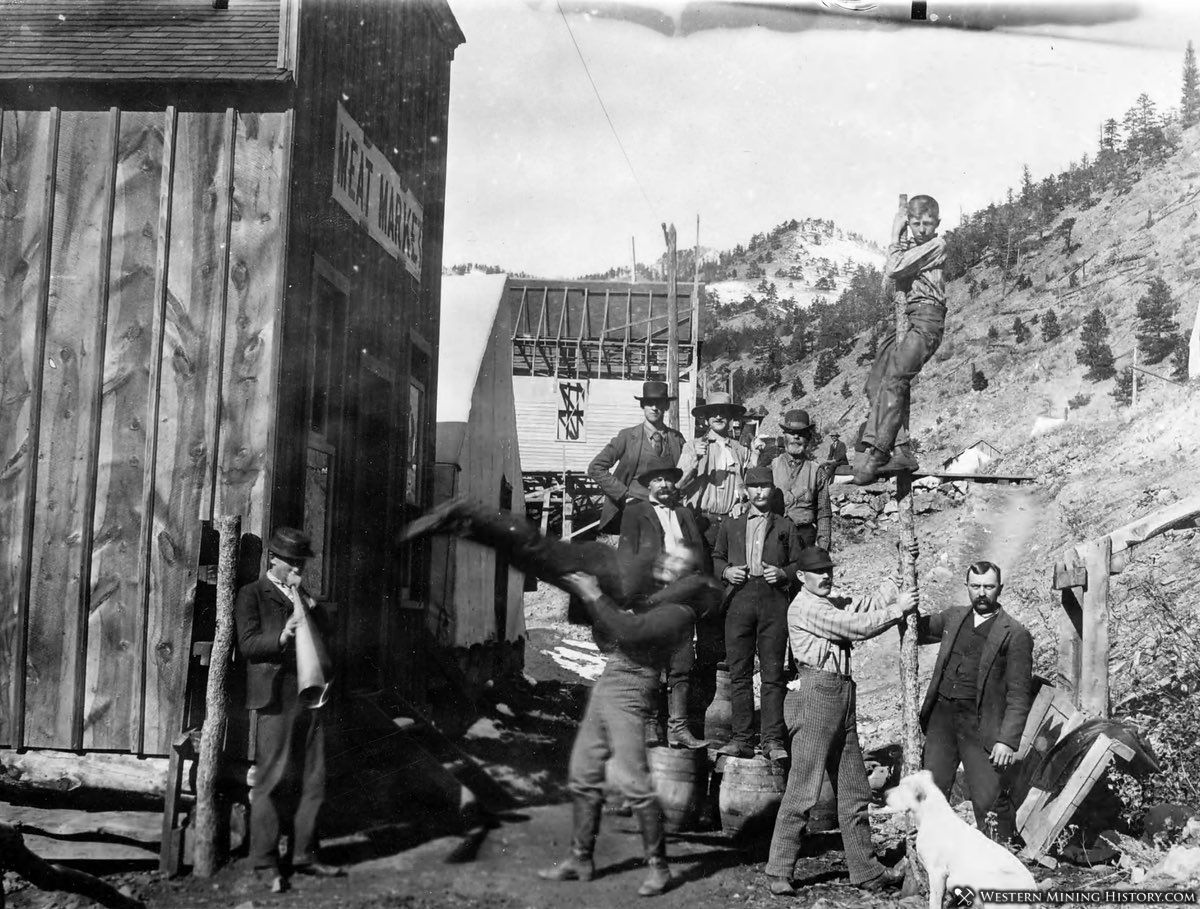 Locals having fun at Copper Rock 1892

Note: there are no USGS place name coordinates for Copper Rock, so the location is approximated. A post office was opened here in 1892 and operated intermittently until 1915.

Copper Rock was the site of a minor mining excitement in 1892. A February 5, 1892 edition of The Leader (Loveland, Colorado) gave a brief account of the early activity here:

"A Rich Find in Boulder County - James Anderson and Pete Raclek made a great strike in the Orphan mine at Copper Rock near Four Mile creek, on the ridge between Bald mountain and Sugar Loaf. The quartz is full of free gold. The discovery was made after running an adit through the slide four forty feet. The ore is like that of the Golden Age and is equally as rich, and is the greatest strike made in Boulder county for a long time."

The Orphan Boy was apparently established for at least a decade prior to this excitement however, as the photo below shows the mine with just a wagon road in the canyon. The railroad through Four Mile Canyon was built in 1883. 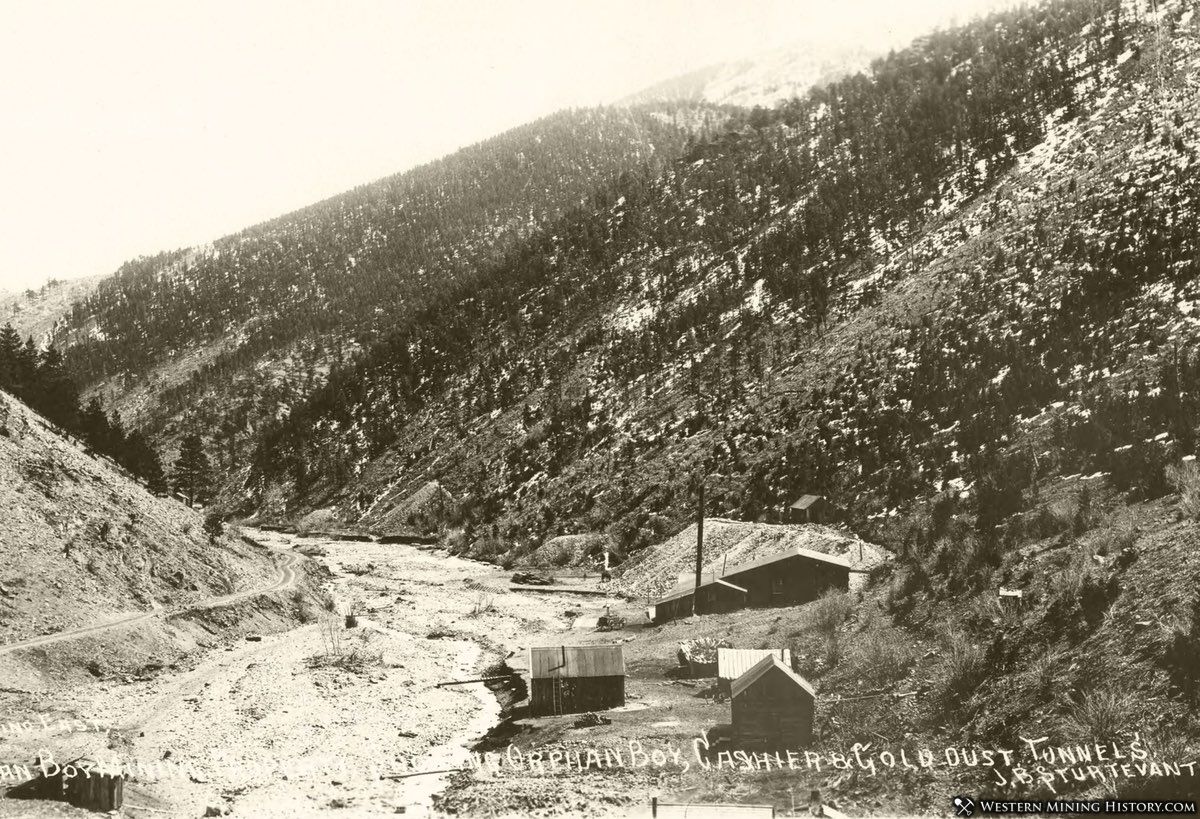 The mine was developed into new ore which spurred the excitement in 1892. The photo below shows the same mine, but with the new town of Copper Rock forming around it. 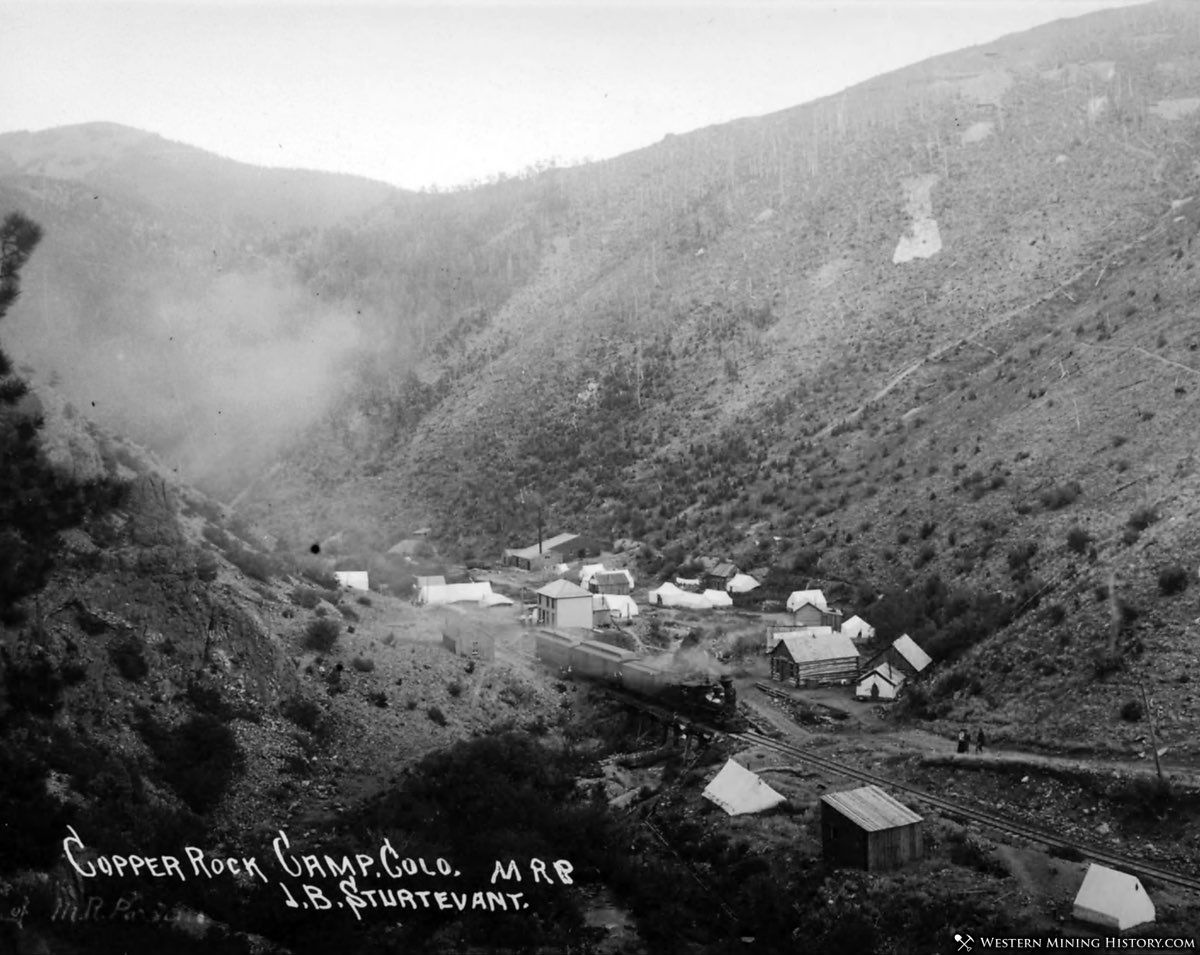 Local newspapers at the time were comparing Copper Rock to Creede and Cripple Creek, which was ridiculous, and is an example of how many mining rushes were way overblown by exaggerated, or even false reporting.

Copper Rock had the distinct advantage of being located on an existing railroad line which undoubtedly helped accelerate the early development of the town. By summer of 1892 there was already a hotel, although photos indicated that most of the buildings that summer were comprised of canvas tents.

A March 25, 1892 edition of the Boulder Daily Camera reported on the progress of the camp: "Another day of elegant weather and lively times. The camp has been moving lively all day and is beginning to take form and shape. Teams and workmen are grading streets, new buildings are going up, several new tents erected, mining developments proceeding without interruption and everyone excited and enthusiastic. This, in brief, is a pen picture of Copper Rock today." 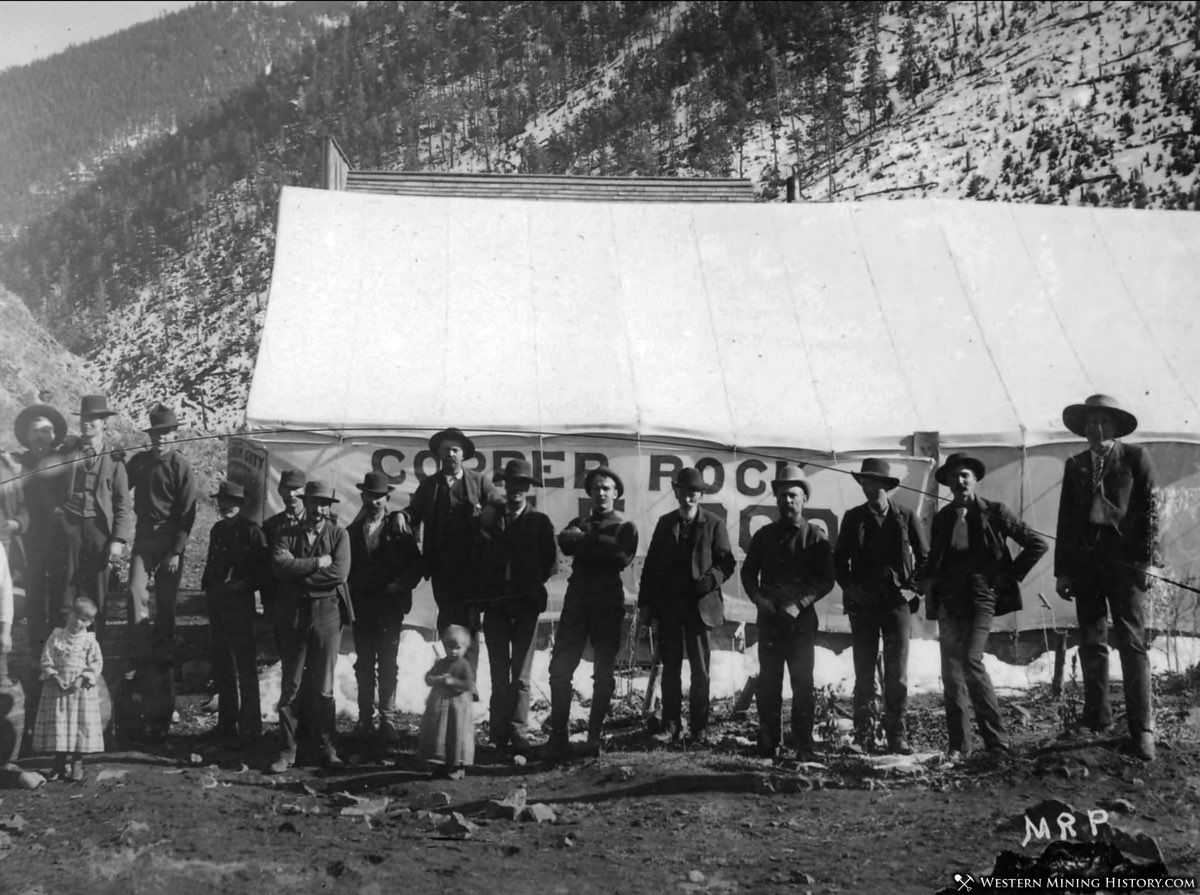 The year 1894 brought more disaster to Copper Rock than most mining camps see in their entire histories. In late February, Duffy's saloon and boarding house burned to the ground. While this was only two buildings, they were described as the "heart of the mining camp". In June of 1894, devastating floods hit most of Boulder Canyon, and it was reported that "nothing but debris marks the spot where was once the thriving gold mining camp of Copper Rock." Finally in November of that year, wildfire ripped through the canyon and once again Copper Rock was "totally destroyed".

Of the disasters mentioned above, the June flood was the most disastrous to the mining communities of the area: "Not a railroad bridge, nor a wagon bridge is left in the canons of Boulder, Four Mile and Left Band creeks." The damage was so extensive to the narrow gauge rail line in Four Mile Canyon that the owner reportedly gave up on the line. Another company took over, but it is not clear when rail traffic resumed, or when any travel was viable in the canyon.

Despite these tragedies, the Orphan Boy remained a solidly producing mine, so the town was rebuilt, although top what extent is unclear as no photos from these years can be found. A newspaper article from March, 1895 states "At Copper Rock there is not a house vacant, and the camp is one full of life and activity."