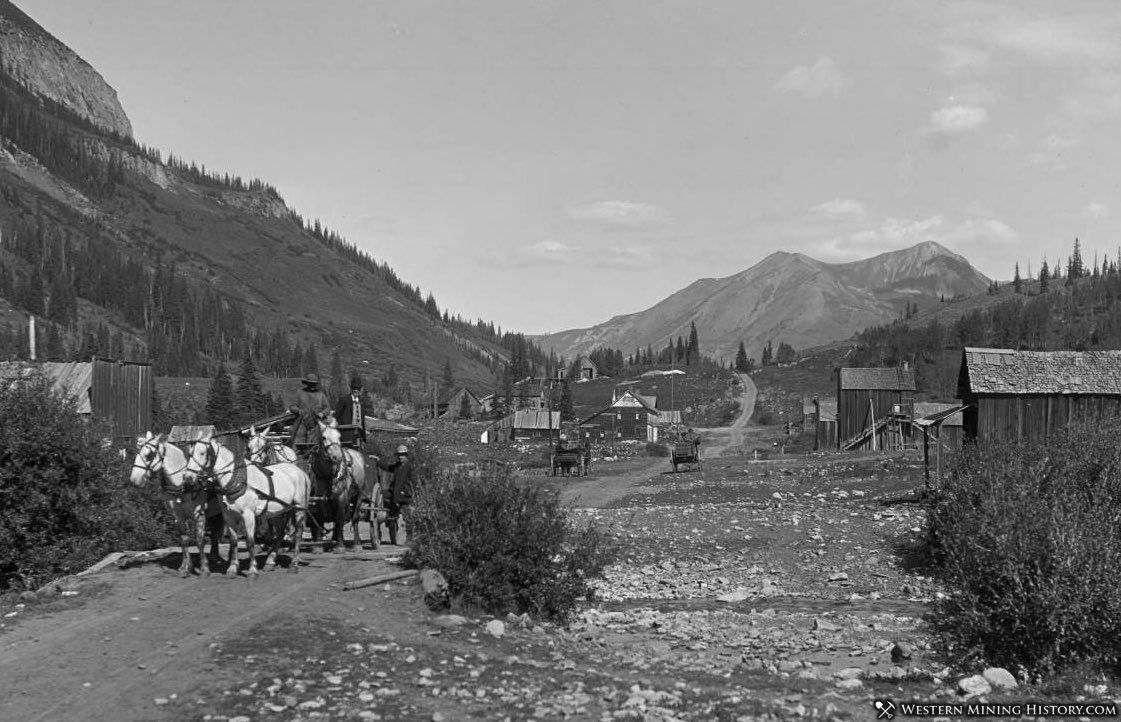 Valuable mineral deposits were discovered at Gothic in 1879 and a camp was formed at the site. While Gothic is mentioned as having a post office in 1879, newspaper articles in late 1880 describe a town that is still being built. A December 1880 edition of the Gunnison Democrat calls Gothic the location of the "richest wire silver mines in the world" and gives the following account:

"The location of Gothic his been just been chosen. Its first appearance on entering gives the impression of contracted space and insufficient capacity for great development, but entering and viewing its site from the hillside north of town, the full beauty of its scenery and capacity for unlimited growth strikes one forcibly."

"Gothic Mountain, from which the takes its name, rise with almost no incline from the ground up to a height of at least 2,000 feet from the river bank west of town. It is a mass of granite towering far above timber line. It is one of the picturesque mountains of the West and is ever changing its beauties."

"About two miles from Gothic is the Virginia mine, which is known to be one of tho best in the country and of the producers of the camp. The owners are confident of its value. The have erected a smelter of 40 tons capacity at a cost of $30,000."

"Thus surrounded by bands of mineral deposits and the mighty coal beds of Crested Butte, The future of Gothic is as solid as the mountain itself. The town itself is carefully laid out in squares with two alleys in each block. Main street is the business portion of the town and the natural continuance of the public highway it is built upon either side with large substantial business houses, numbering about eighty in all. The number of houses in the town limits is about 400."

"Among the few firms we are able to mention is the pioneer grocery and general merchandise house Baker & Slosson. They are the oldest firm in this part of the Elk Mountains, and as an evidence of their popularity Mr. E. D Baker has been elected to the legislature."

"The next firm is that of Sands, Holmes & Co. who carry the same stock of goods as the former but probably a much larger one. These gentlemen do a banking business in connection with their store and are deservedly popular."

"One saw mill supplies the demand for lumber."

"The Colorado Springs smelter of 20 tons capacity, will be ready to go into blast in the spring."

"The Avery smelter, now in course of construction, will also be ready in the spring. It is owned by C. O. Avery et. al. of Chicago, of 40 tons capacity and will be managed by Mr. Herman Beeger, late of Hill’s Smelting works of Denver. " 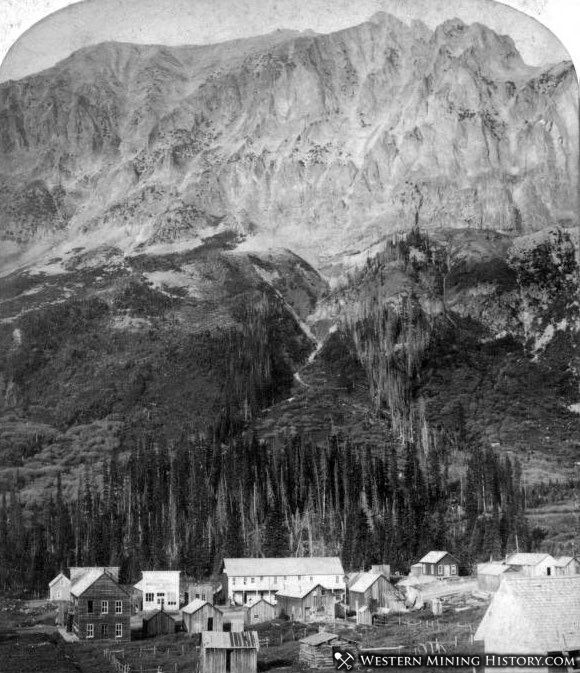 By 1881, the town of Gothic and the surrounding mines were buzzing with activity, as described in a May 1881 edition of the Gunnison News:

"GOTHIC EVIDENTLY AWAKE The Sylvanite and surrounding mines grow richer every day, and Gothicites are happy."

"There is a great desire to build in Gothic if lumber could be obtained, but there is none at all in market, consequently rents are very high. The roads are in a thoroughly good condition, and the number of people, now about 500, receives daily additions. Three hacks run to this place every day and every other day, loaded. The snow has left the streets which are now dusty. Freight can easily reach the town, as a single team can draw a ton over the roads. This was done from Gunnison in two days."

"Every mine run through the winter has improved beyond expectations. Without exception mines, that at the surface ran from seven to eight ounces to the ton, now at a depth of a hundred feet average from two to three hundred ounces."

"A strike on Copper creek, near Gothic, was recently made by Buckles & Co. The vein is an eight foot vein carrying brittle, horn, and ruby silver."

Gothic peaked during 1881 and was said to have over 400 buildings, including eight saloons, a newspaper and a dance hall.

Gothic had a post office from 1879 to 1896 and from 1907 to 1914. In 1928 the town had just one resident left. That year, the entire town was purchased and converted to the Rocky Mountain Biological Laboratory which still operates today.