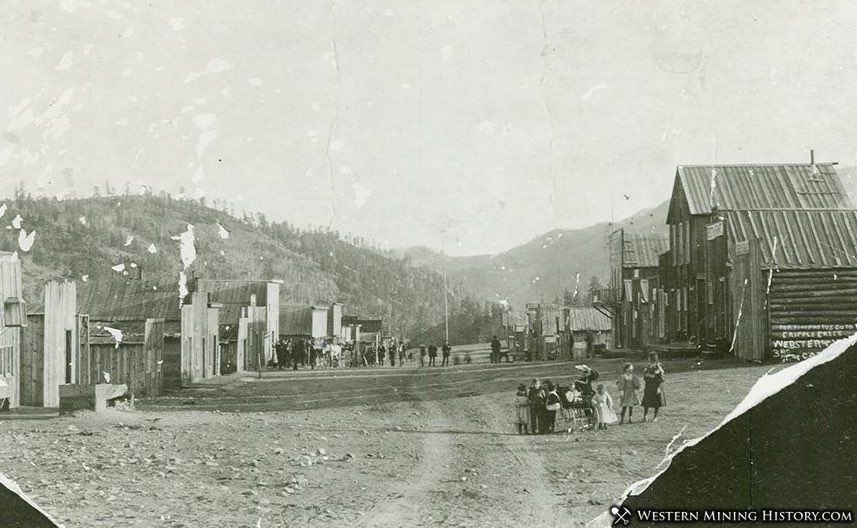 Guffey was originally known as Freshwater and was incorporated in 1895. An article in the February 26 edition of the Colorado Daily Chieftain describes the camp: "Freshwater, a bustling little camp of fifteen tents, was found... There seemed to be no drones in the camp; all were actively engaged in doing something that would result beneficially. Surveying was going on all around and it looked business from one end to the other."

Freshwater was incorporated in 1895 but the name was changed to Guffey in 1896. The Guffey post office was opened that year. A newspaper was established in 1895, aptly named "The News".

The Chieftain reported the progress of Guffey in December of 1896:

This district can no longer be regarded as a mere prospect camp. After a most careful investigation the Des Moines Milling company found pay ore on nineteen dumps in the camp, and all within two miles of Guffey. The Finis, Black Mule, Union Co-operative, Manchester, American Flag, Norway, Carbonate King, Pueblo and many others are actual producers of ore which will pay by any process of milling within he camp. Guffey Is the town of the district, and is making a healthy growth now having a population of 600 bright, energetic people.

Despite early optimism, the mines of the area never became significant producers. Guffey declined after 1900 but was sustained by ranching so it never died out completely. Today it is a minor tourist town still containing historic buildings and artifacts.