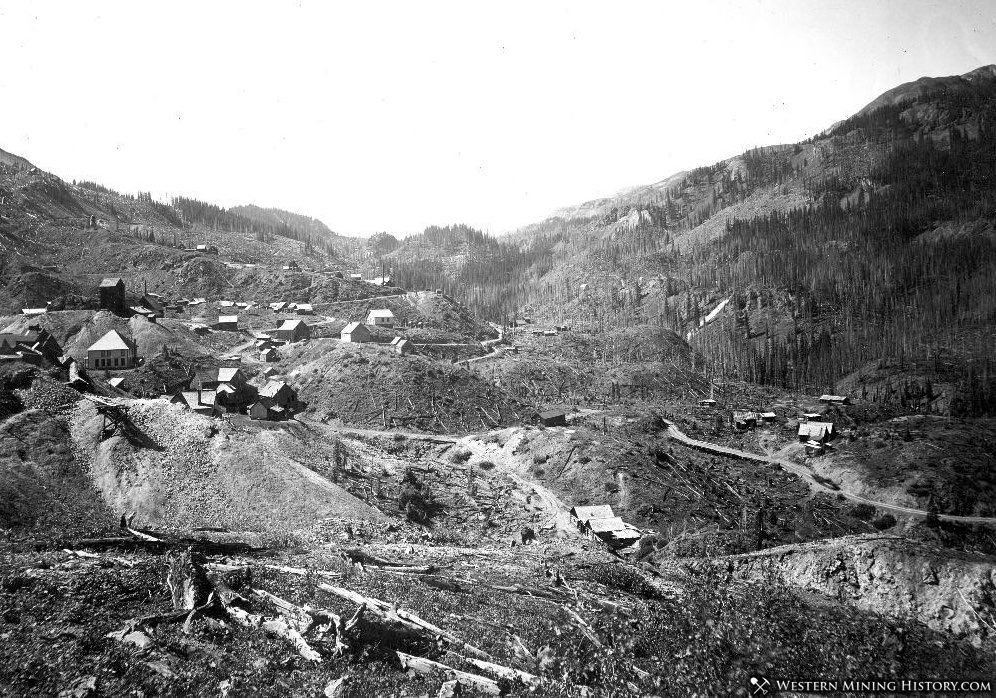 Guston took its name from the nearby Guston mine although the Yankee Girl became the town's largest producer. Unlike other mining towns in the area, Guston had no planned layout or official business district. Homes and buildings were simply built near the mines they served, and a scattered and disorganized community grew as a result.

The Silverton Railroad reached Guston in 1889. Guston appears to have peaked in 1892. That year a post office was established, a new church was built, and the town's first newspaper, the Guston Paralyzer opened for business.

The silver crash of 1893 greatly diminished the town of Guston and it would never recover. By 1898 the mines were idle and Guston was largely abandoned. A July, 1898 edition of the Silverton Plaindealer describes the state of the town:

Guston was brought into being, by the strike of rich ore in the Yankee Girl; but when silver took a drop the Yankee Girl shut down as did several other good mines in that locality and the miners and their families wore compelled to seek work and homes elsewhere, and today Guston represents one of the towns "that has been." There are no public houses where the traveler can get accommodatlons and the only store is going to close in a short time as Mr. J. Longmire, the proprietor, intends leaving until the mines again open up.

A September, 1898 edition of the Silverton Plaindealer describes the state of the Guston mines:

All the famous old mines there, which a two years ago employed many hundreds of men, are now the habitations of bats and chipmunks. 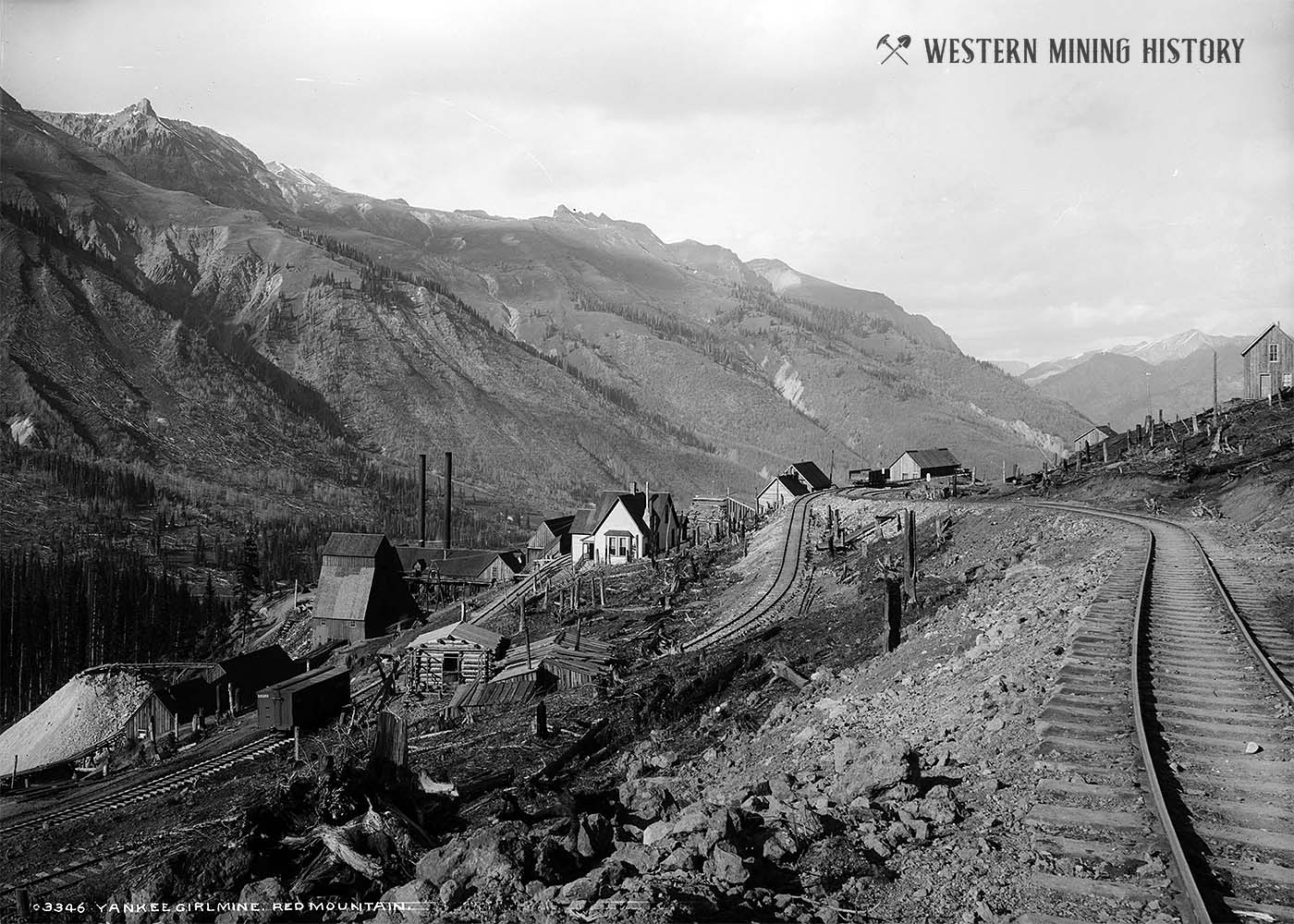 A September, 1908 edition of the Silverton Plaindealer dug up production statistics for Ouray County mines in 1885. The Guston and Yankee Girl were the county's top producers. During that year, the Yankee Girl produced $1,100,000 and employed 70 men. The Guston produced $900,000 with about the same workforce.

With these two mines employing around 140 men, and other mines in the area employing more miners, it is interesting to note that Guston did not establish a Post Office sooner. One source states that many miners from these mines chose to reside in Red Mountain Town, as it was a more established community and had saloons and other entertainments that miners of the day expected during their idle time.

Too much time in the saloons could have deadly consequences when paired with the severe winter weather found at high-altitude mining camps. A December, 1898 edition of the Ouray Herald describes the fate of two men near Guston:

Yesterday a telephone message from Ironton announced that two men had frozen to death near Guston and asked that the Circle Route Livery Co. send up a conveyance to bring down the bodies, Geo. Howard and Frank Hyde, both old timers in this country and each about 50 years of age.

Richard Hodge the proprietor of the Red Mountain Hotel, A.E. Hewey, P.M ., Capt. Thomas and A.E. Rummery of the Congress accompanied the remains and reached the city last night. The remains were placed in the morgue.

The story of the fatality is short. Both men had been to Ironton leaving that place at 5 P.M. Tuesday night it is stated. They had been drinking Ironton whisky which must have Stupefied them. They fell by the road; the stage driver found Howard Wednesday morning near the high bridge and a searching party found Hyde not far from his cabin at Guston. Neither of the bodies were frozen, though it is presumed they perished from the cold.

Nothing remains of Guston today although the historic shaft house of the Yankee Girl mine still stands.