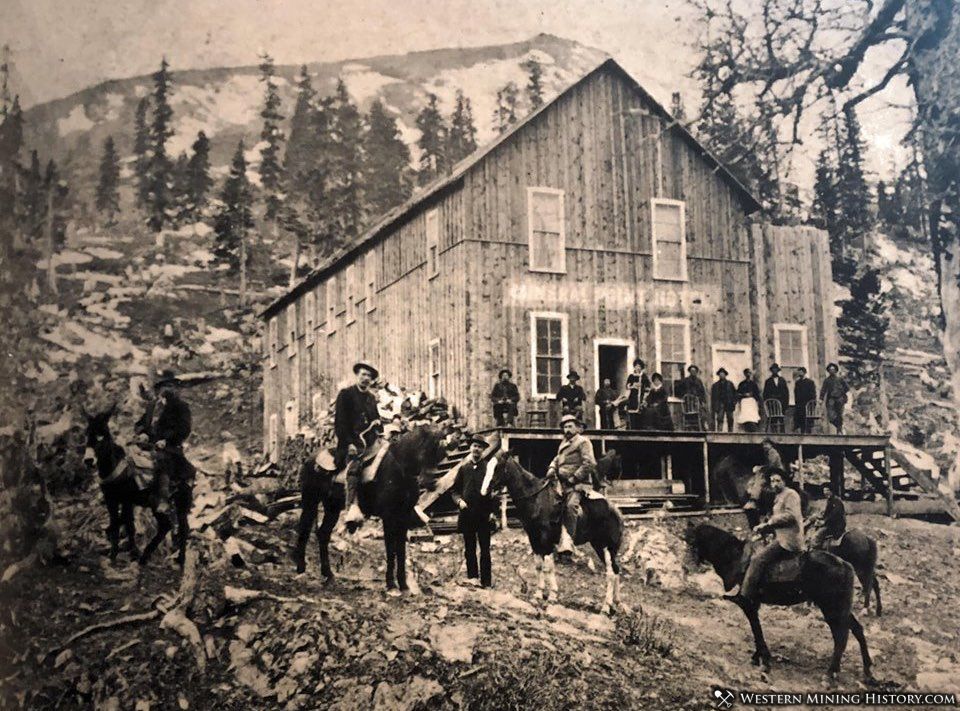 Mineral Point was described both as one of the San Juan's remotest camps, and one if its best producers. Despite the camp having a post office for over 20 years and being the site of many noteworthy mines, very few historic photos exist of this seemingly important camp.

At over 11,700 feet, Mineral Point was the highest camp in the area, and experienced the harshest winters. It is likely that most winters the town had just a skeleton crew of citizens, with the short summer season being the time that hundreds of miners resided in the town. 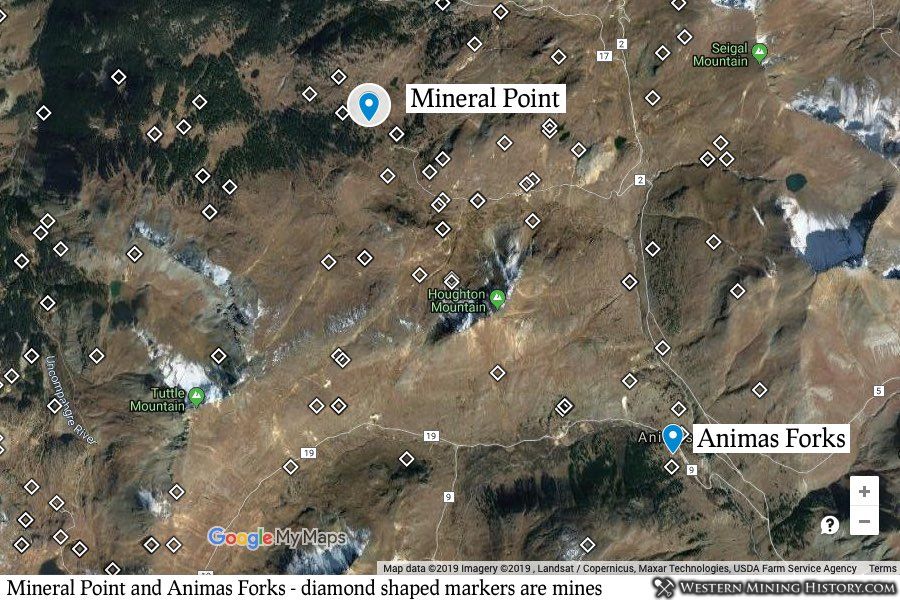 A July 14, 1877 edition of the Ouray Times describes the difficulty with snow at Mineral Point, even in July:

Mr. E. Steinbach, U. S. Deputy Mineral Surveyor, of Mineral Point, was in town and called on Monday morning. He reports matters quiet at that place, active operations being greatly hindered by the snow. A large amount of work is contemplated as soon as the snow is gone, and a prosperous season is anticipated. A large number of mines will be developed and put in shape for working through the coming winter.

The people are deeply interested in the success of the Ouray and Mineral Point road project, and hope to see its construction soon commenced. The postponing of service on the Ouray and Animas Forks mail route until the first of September does not set well with the people, as it deprives them of mail facilities just at the season when they are most needed.

A toll road from Mineral point to Ouray was built in 1880, and from Silverton in 1884. A mercantile was operated by W.G. White and the town was said to have a hotel, restaurants, and several saloons. 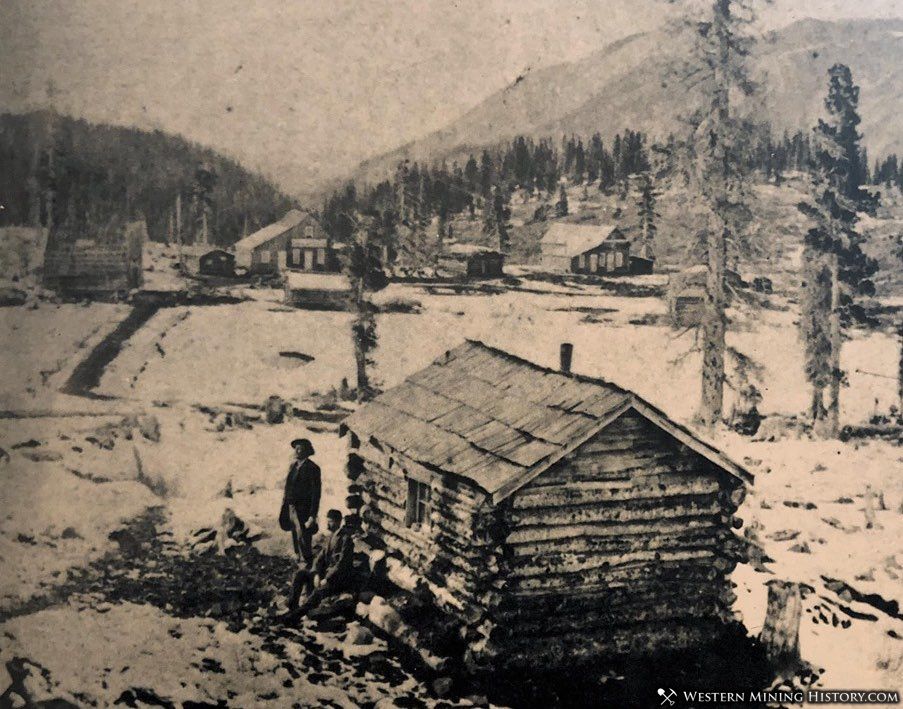 Communication is now perfect by telephone from this city to Silverton byway of Mineral Point and Animas Forks. Messrs., Henderson and Pirie are now setting the poles from Mineral to Ouray, and in a short time communication will be opened to that point. We had a talk with Judge Dyes at Animus Forks the other day, and it was sweet to hear his silvery voice as it came over the wite split in two.

Various newspaper articles from the 1800s describe the difficulties of life at Mineral Point due to high-altitude winter conditions. An April 29, 1881 edition of the Lake City Mining Register reveals the potential for Spring snow storms at Mineral Point:

Six feet of snow on the level is the latest report; but it is rapidly melting. About 32 inches fell the last storm. Will Leggett and N. M. Goodwin, who got to their cabin at the Thunderbolt on the 4th, were snowed in 9 days, the storm raging all that time. All the solace and comfort they had was pipe and tobacco, and plain grub. They were entirely without reading matter, the mail having failed to reach the Point that week.

Con Briggs, a mail carrier between Mineral Point and Eureka was lost in the last storm. He left Mineral Point Thursday with the mail and has not been seen since. A number of large slides are down on the road and it is impossible to tell where the body is and search has been abandoned.

One source states that Mineral Point had up to one thousand residents at it's peak, but I have found no evidence to support this. The town was winding down by the second half of the 1890s and the post office closed in 1897.

Although the town of Mineral Point was mostly abandoned, the mines of the area continued to be in the news until the 1920s, particularly the San Juan Chief.