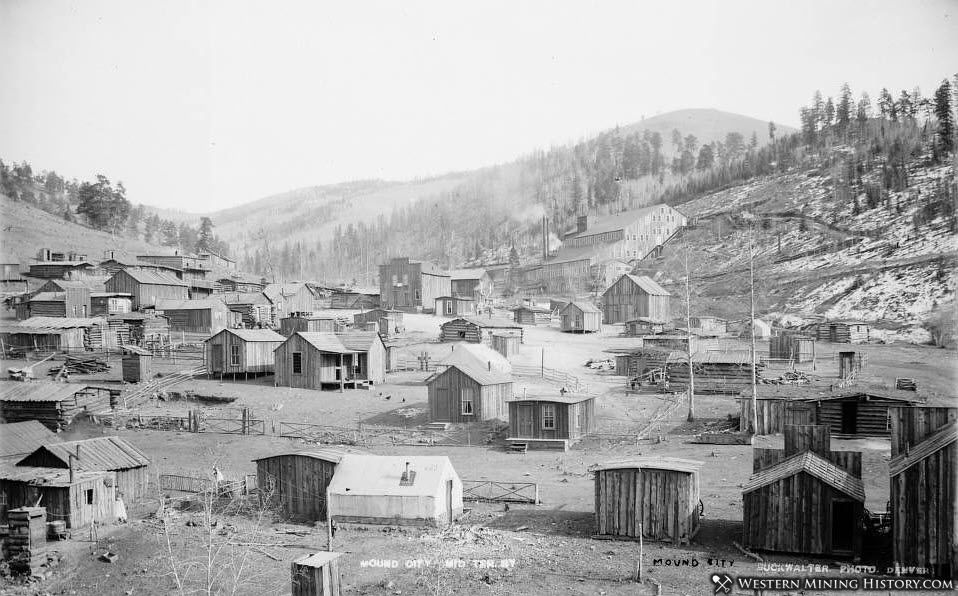 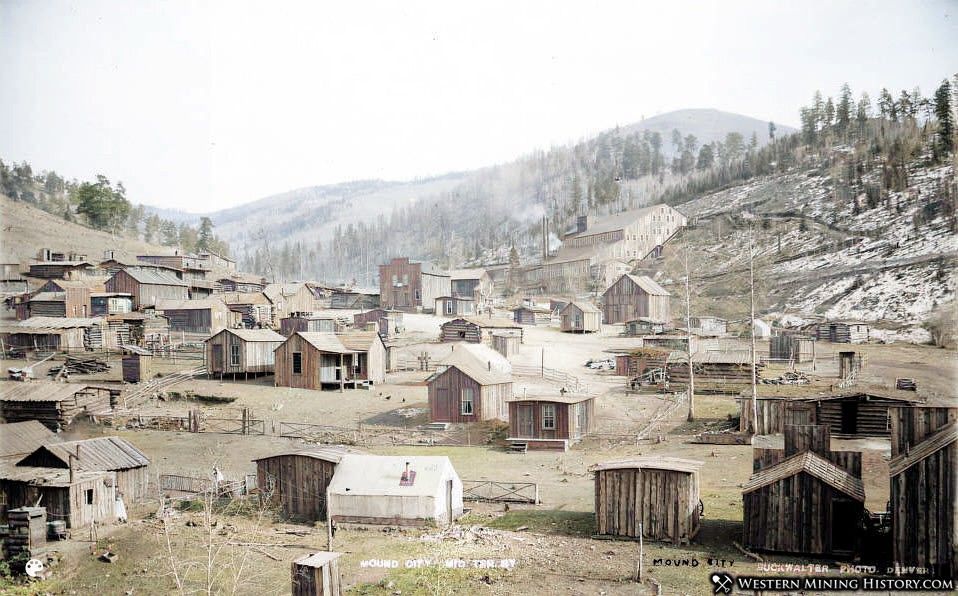 The town was established in 1891 and is said to have had up to two thousand residents within a few years. In 1900 around a thousand people still lived here. 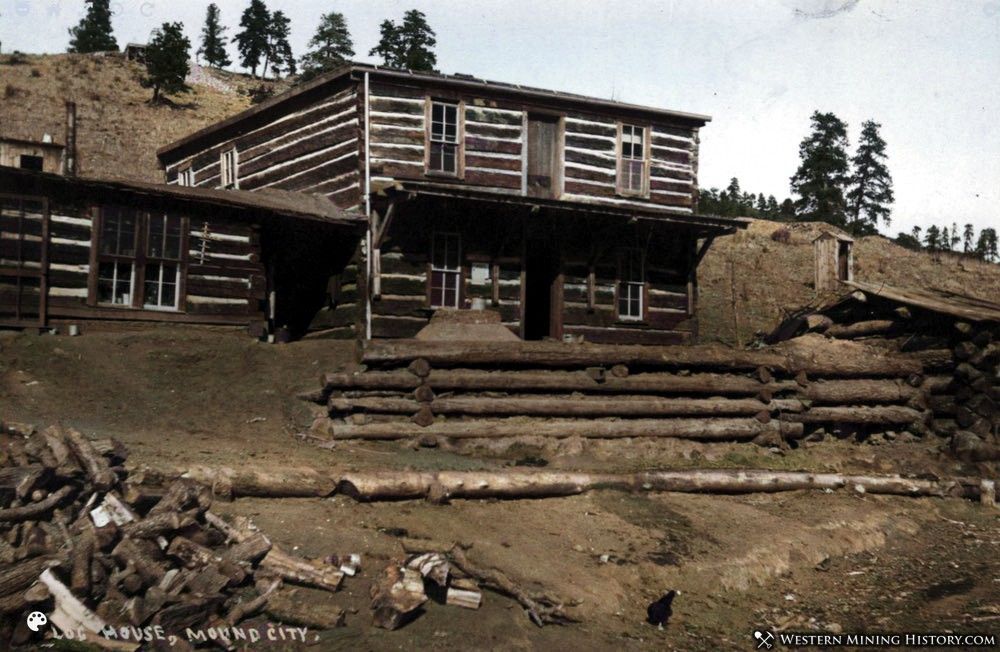 Mound City's largest mill was the Brodie Mill which operated until 1900. When the mill shut down, the town started to decline. By the latter half of the decade most people had moved on to other towns in the district, and Mound City was absorbed by Anaconda, the largest settlement in Squaw Gulch at the time.