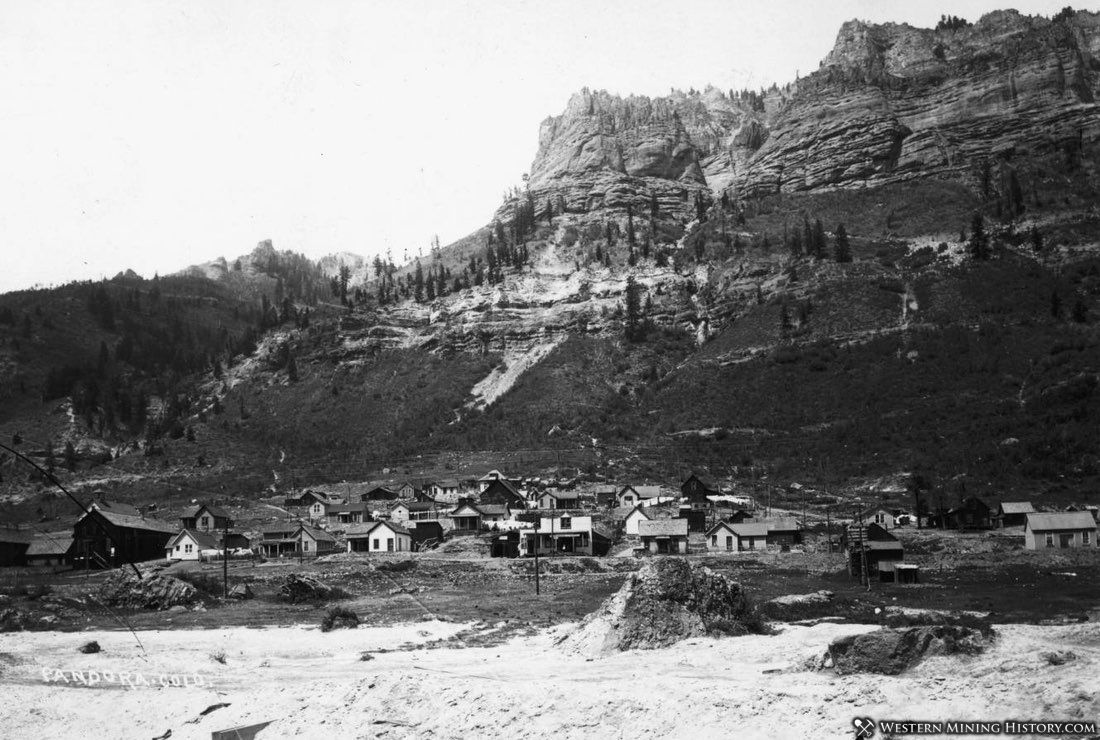 While the exact year that Pandora was settled is unclear, the post office at Pandora dates to 1881. The initial settlement served miners and their families at the nearby mines. Later, Pandora would become an important milling center in the Telluride District.

Mills for the Liberty Bell and Smuggler-Union mines, two of the district's largest mines, were built at Pandora. Aerial Trams brought ore from the mines thousands of feet up the mountain down to the Pandora mills.

Milling at Pandora was a large enough industry to justify the construction of a spur line of the railroad from Telluride. Pandora was the primary milling center for the entire district by the late 1890s. 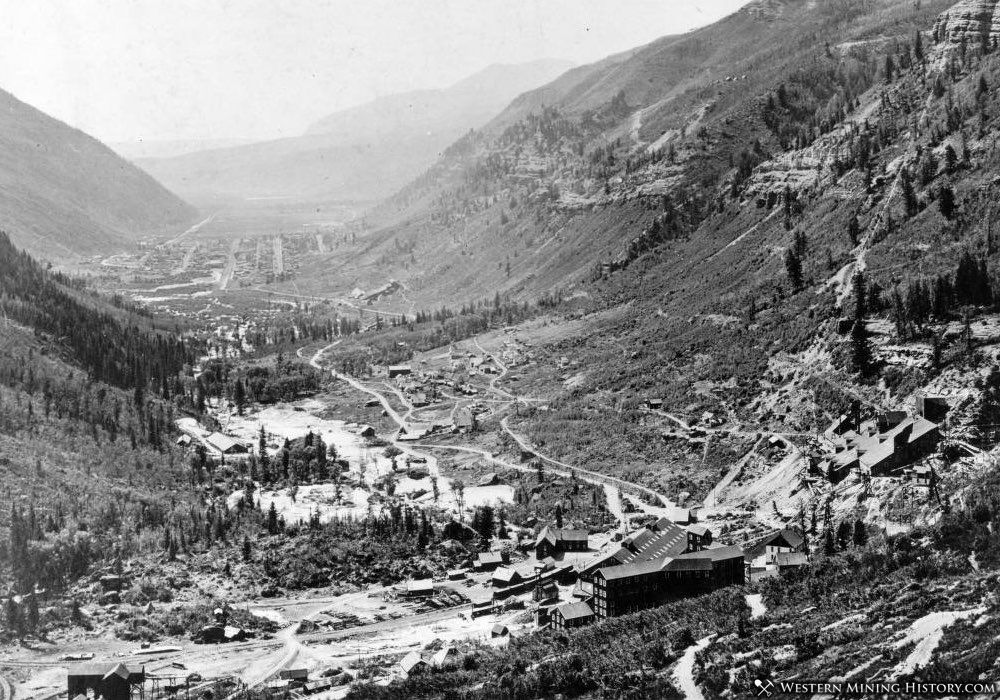 Pandora town and mills with Telluride in the distance

The Pandora Mill, previously one of the Smuggler Union mills, still stands at Pandora. The mill was constructed in 1920 to replace the previous Smuggler mill that had burned down. The mill had various periods of activity but was unusual in that it was one of the only gold mills in the country to stay open during World War II. The mill was allowed to remain open during the war due to the lead and zinc content of the ores processed there. Lead and zinc were needed for the war effort.

The Pandora Mill ceased operations in 1978. Today Pandora is a ghost town with little left but the mill. 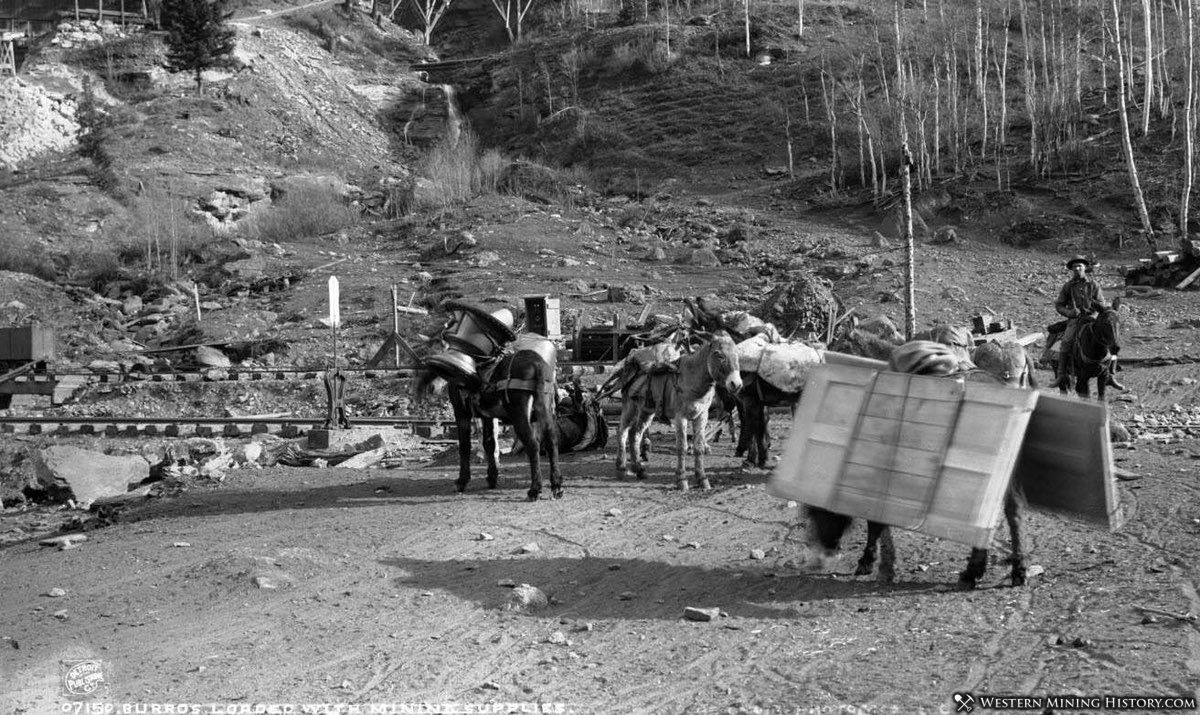 Pack train at the Sheridan Incline near Pandora, Colorado

Dance at Pandora
From the Telluride Daily Journal July 18, 1902

The Modern Woodmen, of Pandora, are making arrangements to give a grand ball at Pandora on the 24th of July in the Andrus building. Those who have attended dances given by this popular order in the past need no assurance that this dance will be conducted in as fine a manner as any previously given.

Bob Rogers will have four horses hitched to the covered school wagon and will take you out and bring you back to Telluride for 50 cents. Tickets for the dance one dollar per couple. 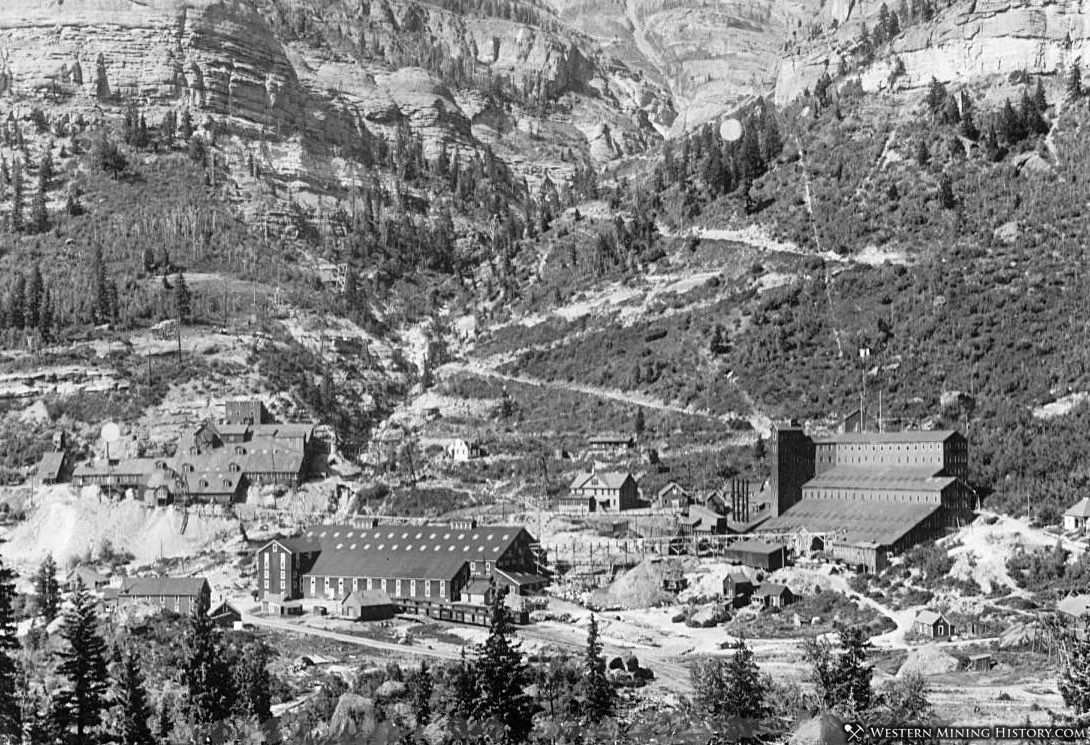 A Republican special from Telluride last night says Manager Arthur L. Collins of the Smuggler-Union Mining Company was probably fatally shot at 9:45 o`clock tonight. The physicians announce that he has only a fighting chance for life.

Mr. Collins was sitting In the library of the office building of the company at Pandora playing cards with Mr. and Mrs. A.B. Blainey, and O.B. Kemp. Mr. Collins was sitting with his back to a window with Mrs Blainey opposite. The window shade was up a short distance. The report of a gun was heard by the party, and a crash of glass and Mr. Collins leaned against the table, blood issuing from his mouth. He said, "My God, I am shot."

He was assisted to a sofa and the alarm sent to town. Dr. D.J. Ochsner and Dr. Sheldon went to Pandora at once. It was found that he had received eight small buckshot in the body. There is a porch at each side of the house and, as nearly as can be estimated, he was shot from a range of from ten to fifteen feet. It was evident that the murderer did not care whom he injured, so long as he kllled Mr. Collins.

Two men coming from the mine looked down the trail and saw a man running away from the office carrying something which looked like a short shotgun. A great many of the people from this city have gone up to Pandora and everything possible is being done both to ease the last moments of the wounded man and apprehend his assassin. 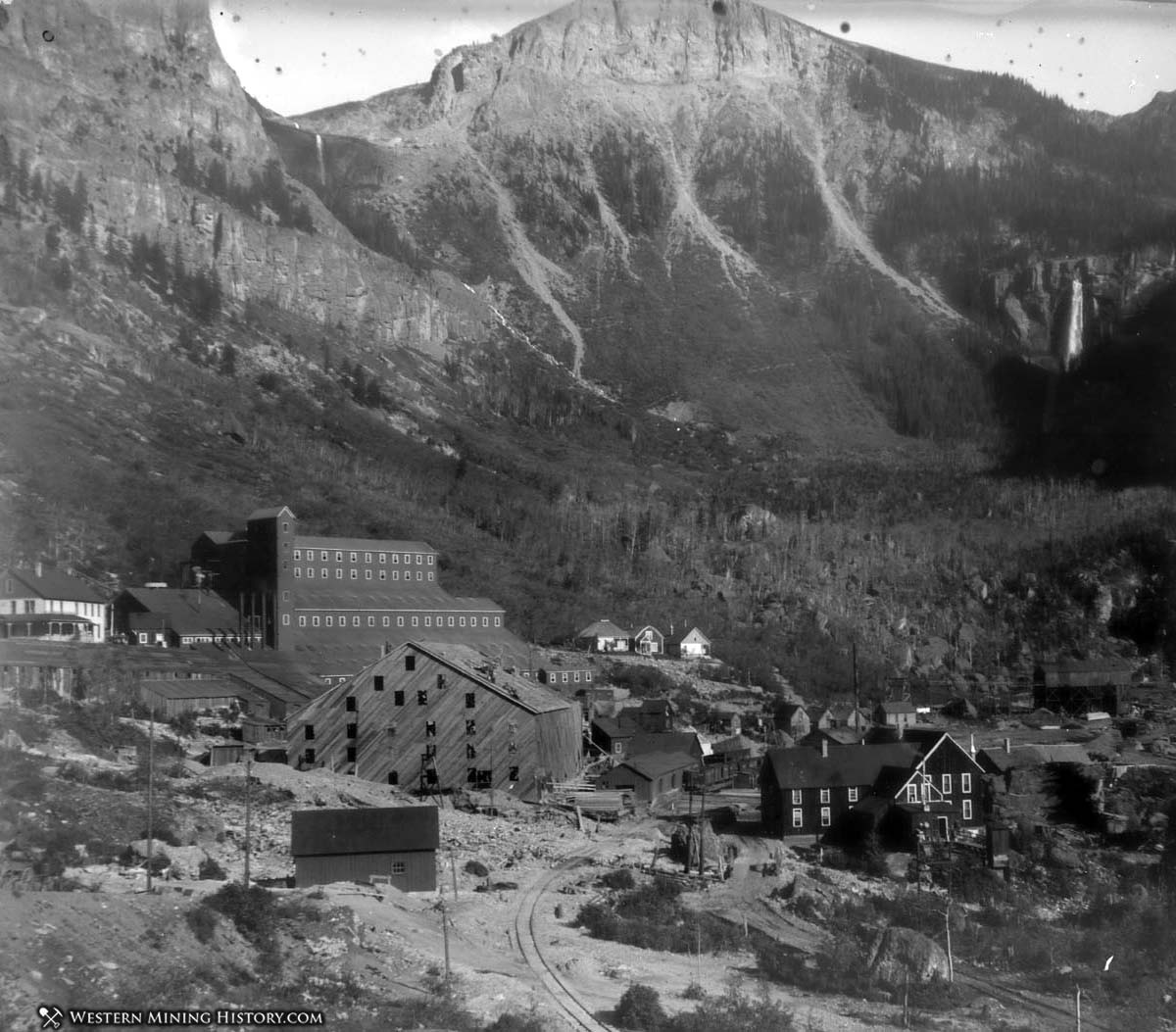 Arthur L. Collins is general manager of the Smuggler-Union company`s extensive properties at Pandora, above Telluride, and is president of the Mine Owners and Managers Association of the state. His family reside at No. 133 Gilpin street, Denver.

A special train with Mrs. Collins, four of Denver s most noted surgeons, and President Lawrence of the Smuggler company, left Denver this morning at 1:15 o`clock and passed through Colorado Springs at 2:40. It will reach Telluride, barring accidents, late this afternoon.

An update from November 29 reads:

Governor Orman, of Colorado, has offered a reward of $1,000 for the arrest and conviction of the man who shot and killed A.L. Collins, General manager of the Smuggler-Union mines at Pandora, Colorado.