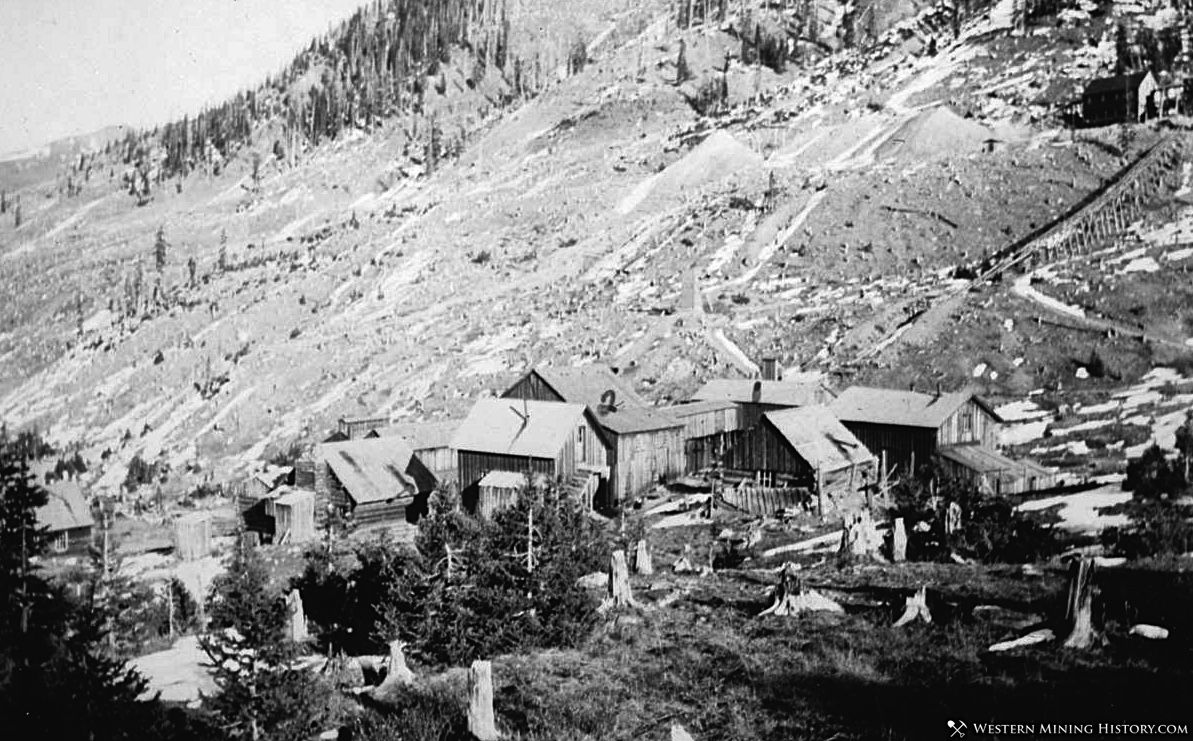 Saints John (Sts. John) was originally known as Coleyville in the 1860s, after John Coley, the prospector that discovered the first silver mine in this area. Early details of the settlement are difficult to verify, but it is said that the name was changed from Coleyville to Saint Johns around 1870 due to the influence of local Freemasons. 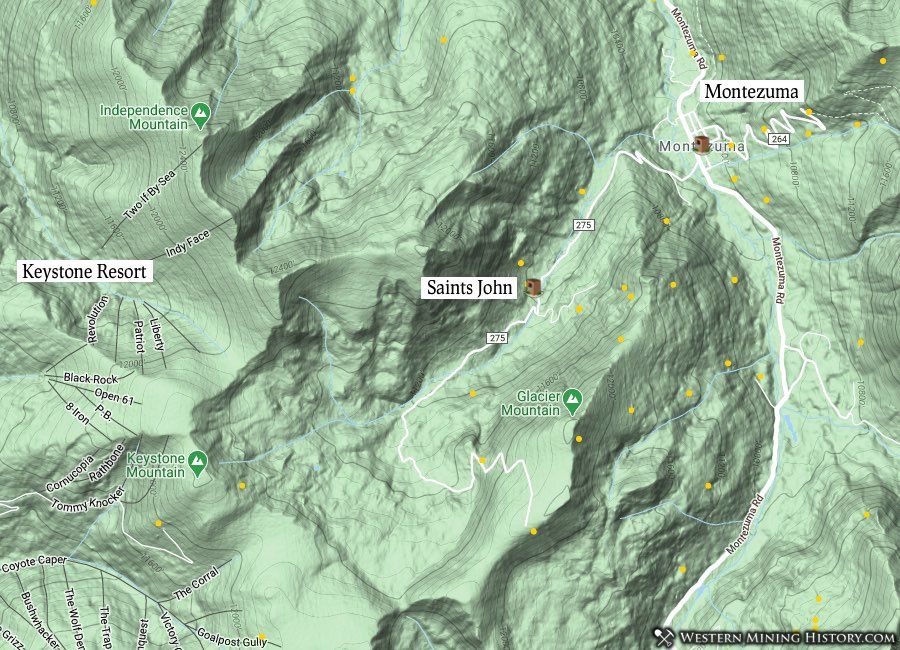 Eastern capitalists purchased the Saints Johns claims in the late 1860s. As early as 1870 newspapers reported that the Boston Silver Mining Association "have shipped from their smelting works, at St. Johns, Summit county, to the care of H. C. Chapin, merchant of this place, 6,600 lbs., of lead riches."

In 1872 The Boston Silver Mining Association constructed a new mill at Saints John. By 1875 the Boston Silver Company has taken over operations in the area, the relation to the original Boston company is not clear. The new company built a new smelter in 1876, which is likely the facility seen on the historic photos on this page. 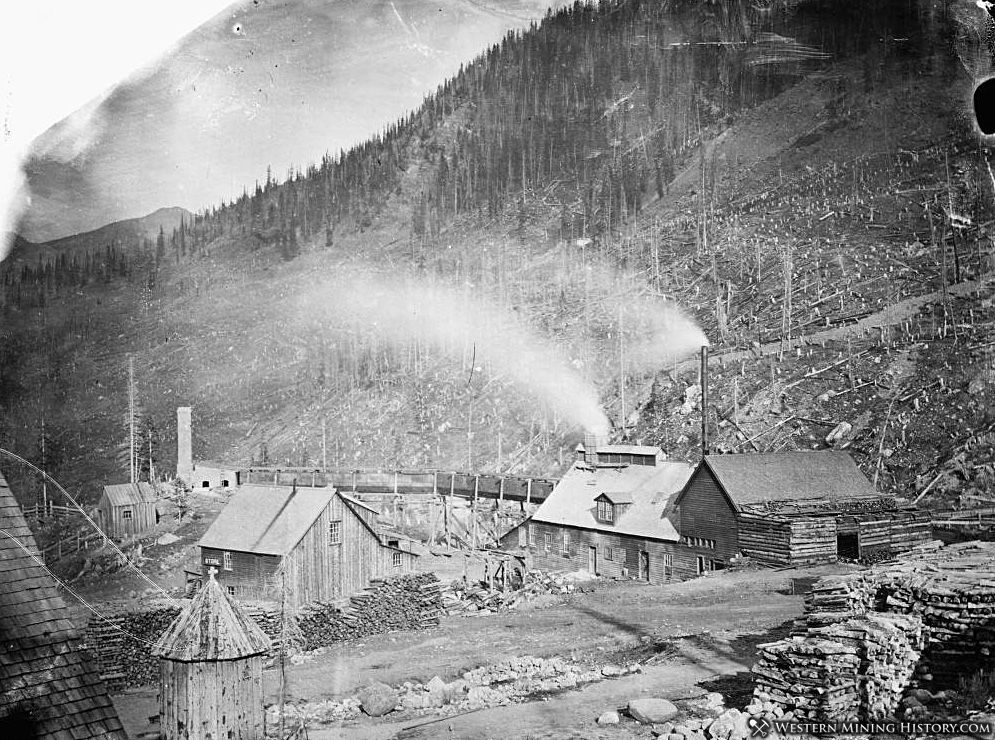 Postal records indicate that Saints John had a post office from 1876 to 1881, which coincides with the construction of the new smelter and suggests these were the district's peak years.

Not much has been written about the town of Saints John. It appears to have mostly been a company town of the various Boston companies that operated the mines in the area. One source states that the town never even had a saloon.

The 1870 census counted just 71 residents. It is likely that the population was more during the late 1870s but this was never a significant town. Many miners in the area lived at nearby Montezuma, a town situated at a lower elevation and more hospitable location. 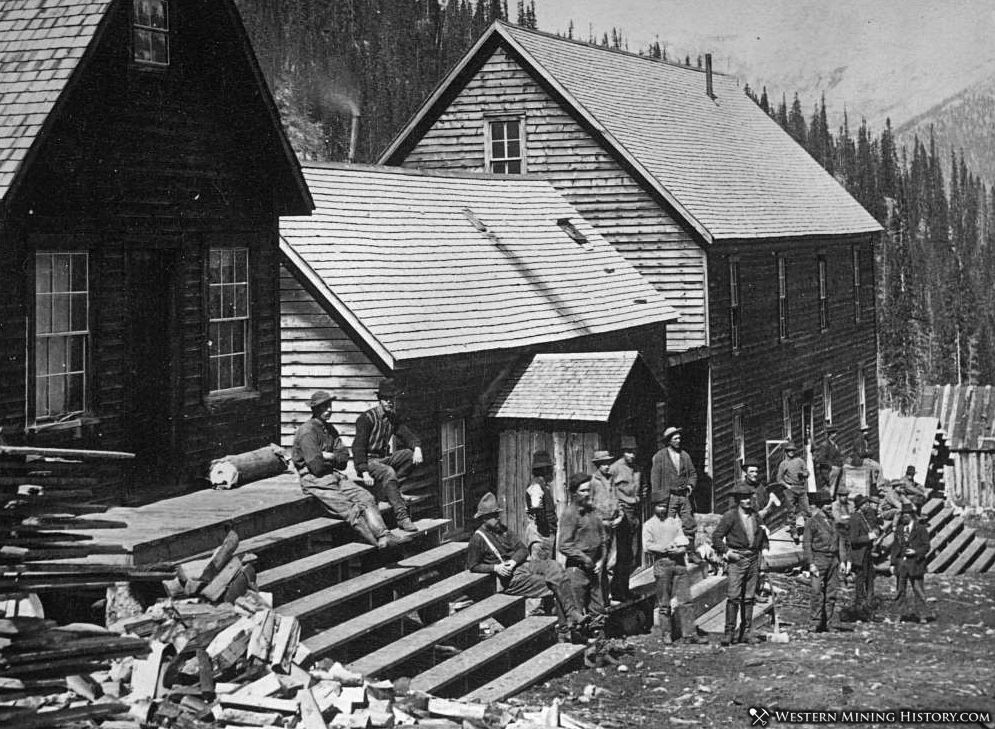 By the 1890s the town was mostly abandoned although a small crew continued to work the Saints John mine until it closed for good in 1928.

The Saints John Mine

A December 1907 edition of The Mining Investor gave historical perspective on both the Saints John mine and the town of the same name:

Two miles and a half from Montezuma Sts. John Creek is the town of Sts. John. it was named from the great mine that during the 70’s was the biggest producer in that part of the state.

The Sts. John workings are on top of Glacier mountain. They are quite extensive and total up a length of several thousand feet. The property was opened up in the late 60’s and was owned by the Boston Silver company, it was managed by Capt. Samuel Ware who is still living in Denver, and made enormous profits for its owners.

The Sts. John is credited with a production that is variously given from one million to five million dollars. Old miners still living who worked in the property say the actual production was nearer the larger figure.

The main productive vein of the Sts. John was the St. Elmo, which varied in width from 18 inches to 5 feet and carried values of silver, lead and zinc, running about $100 to the ton, sorted ore. The ore was handled in a wasteful manner, according to the methods then generally in use among mine owners.

It was hoisted up a shaft and then let down to the bottom of the mountain by two tramways and a long ore chute, making it necessary to handle the product several times before it finally reached the mill. All this was complicated and expensive and with the simplified way of handling ore today seems grossly extravagant.

The Sts. John company built its own smelter and it is still standing, but has long been out of commission. A large concenlrating mill was also built and this is today in splendid condition.

Besides the company built a town around its workings, which included a manager’s home, a pretentious little cottage, a store, office, assay building and several residences. It must, at one time, have accommodated a large population. 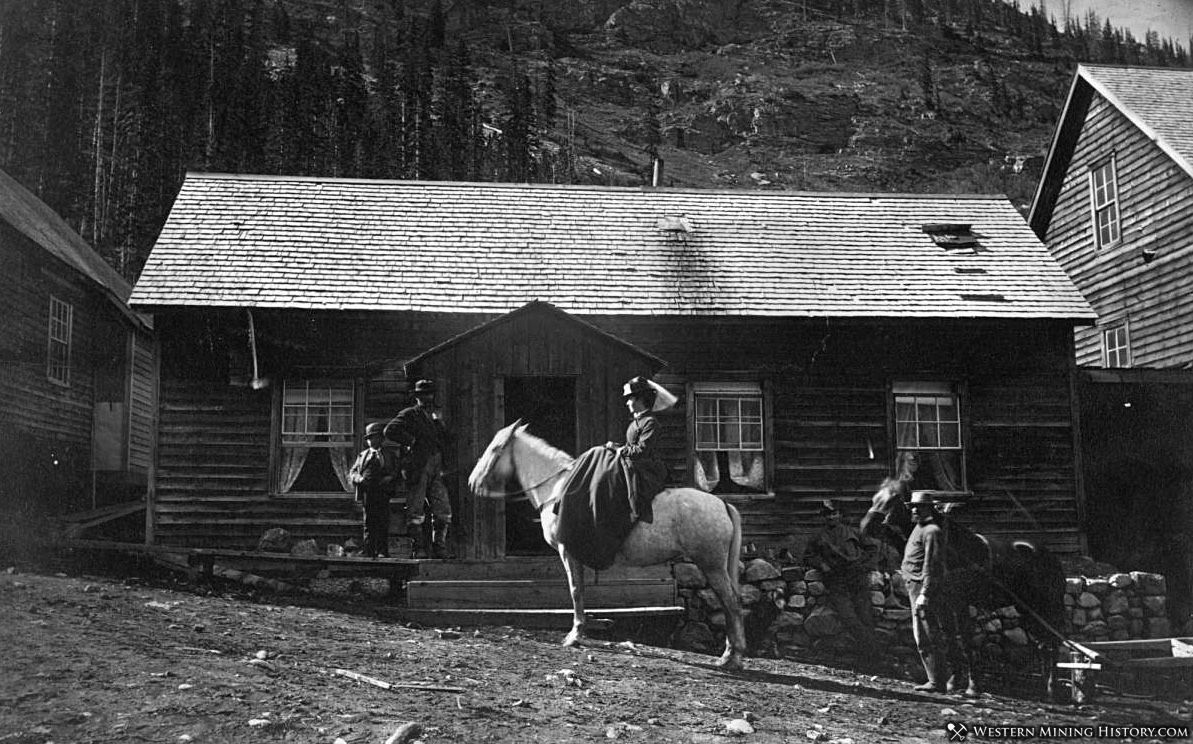 A November, 1875 issue of The Colorado Miner described the town's amazing natural setting:

This mining camp is situated about one and a half miles south of Montezuma, on Bear Creek, a tributary of the South Snake. What two saints, whether ancient or modern, this mining town, built by Boston capital, was named for we have never been informed.

This camp is situated in a gulch surrounded on all sides by mountains that form one of the most sublime massive scenic pictures to be found anywhere on earth. Here the artist can find creations of nature worthy the attention of the greatest masters of the art of transferring His works to canvass as they are.

Yonder to the north are the Twin Peaks, so named many years since by the hardy beaver trappers, and now known as Gray’s and Torry's Peaks, or, by some, as Irwin’s Peak, towering up into the blue of heaven or crowned with the soldiers of the storm king, reminding the beholder of imperial giants trying to grasp the planetary system and drag it down to earth to rob heaven of its brilliant eyes that shine so lovingly down on earth’s mortals beckoning them to come to the realms of bliss where the weary miner can prospect the great ore channels of Divine mercy and love forever and ever, and always find bonanzas and no lean ground.