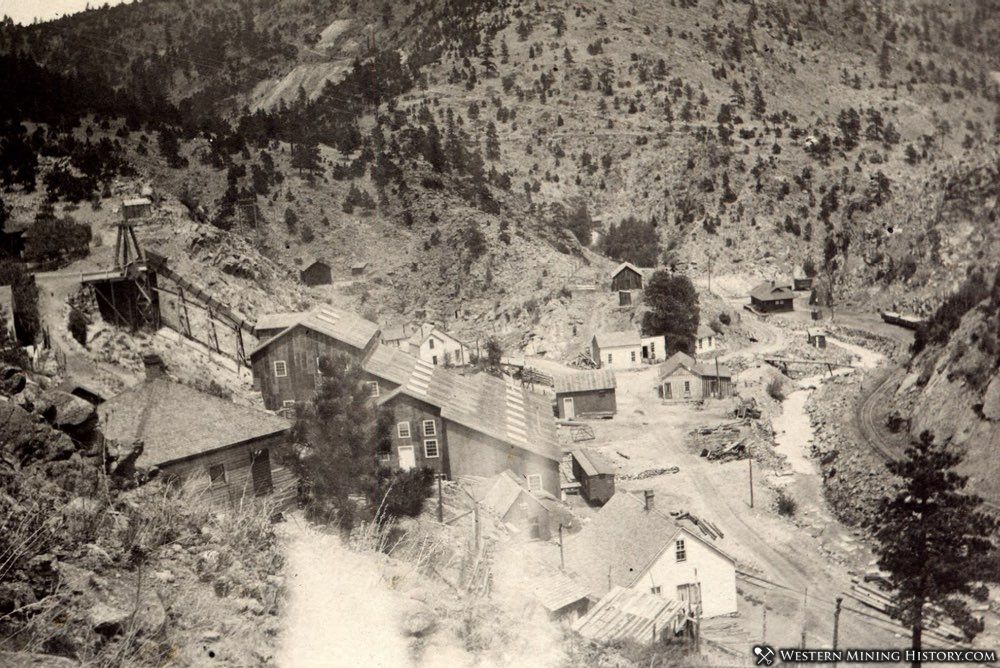 Gold Run Gulch was prospected as early as 1859, but it would take almost 15 years for the camp of Salina to be established. Gold Hill, established in 1859 two miles up the canyon, was the center of the district and it would take more discoveries to warrant additional settlements.

The gulch was sporadically placer mined for years prior to the establishment of permanent settlements. That would change in spring in 1874 when a party of men from Salina, Kansas formed the first permanent camp. The men discovered promising leads of tellurium ore, and decided to stay at the location calling it Camp Salina in honor of their home town. 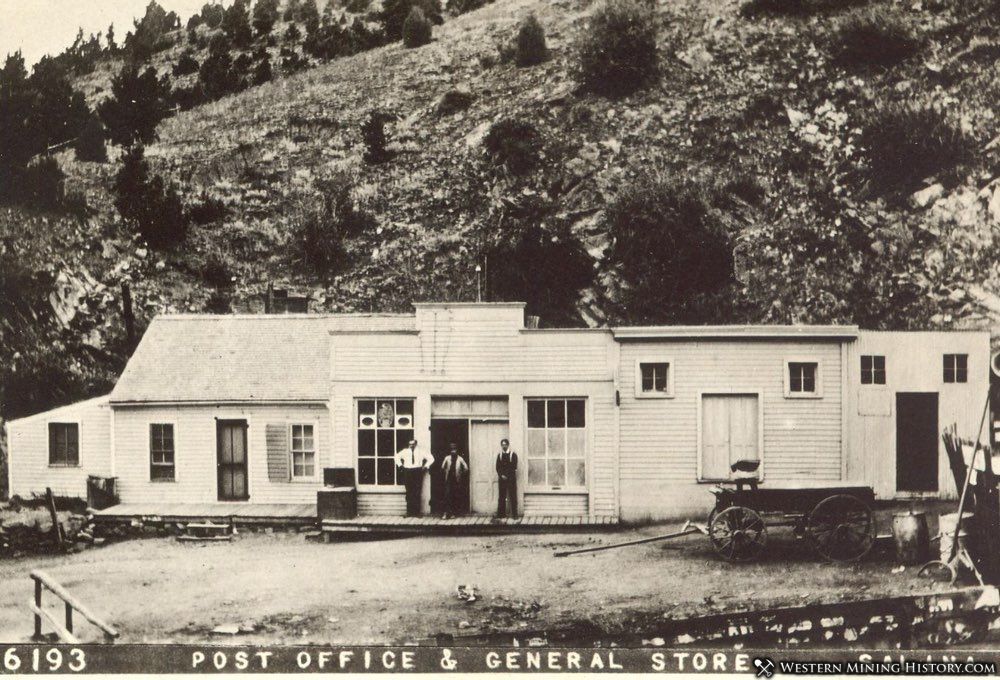 A post office opened in Salina in 1874, and by 1875 had over 100 residents. That year a telegraph line was installed from Boulder which was about 10 miles down the canyon. The town had a hotel, several boarding houses, a blacksmith, a church, and two general merchandise stores.

Salina owed its prosperity to the productive mines nearby, several of which were operated on and off for decades. The Melvina mine was the most famous local operation, with others like the Richmond, Railroad, and Mayflower also being important producers. Salina was the site of at least three stamp mills over the years.

Photos of Salina show a rail line heading through town, although it is unclear exactly what year it was installed. Likely the line was built in the mid to late 1880s to link to the famous Switzerland Trail line that was built to service other mining towns in the area.

Salina's first boom period in the 1870s resulted in over three hundred people calling the town home by 1879. The population slowly declined as mine production decreased and only 150 remained by 1888. A resurgence of mining in the 1890s resulted in a population of around 350 by 1899, which was the town's peak period of prosperity.

The new excitement over the local mines was described by the Boulder Daily Camera in February of 1895:

"A REVIVAL OF OLD PRODUCERS IN THE SALINA DISTRICT
One of the signs of the great awakening of the gold industry of this county is in the amount of development of legitimate mines in the true fissure gold belts of this section."

"Ex-Lieutenant Governor W.G. Smith has begun at the surface of the sterling old Richmond mine at Salma and is going to the bottom with first class mining work. His timbering is very thorough, the timbers sawed and of the best quality . A portion of the new machinery has been set up and a new engine and a new eighty-horse power boiler will be put in while the 40 horse boiler is to be overhauled and kept for emergency purposes." 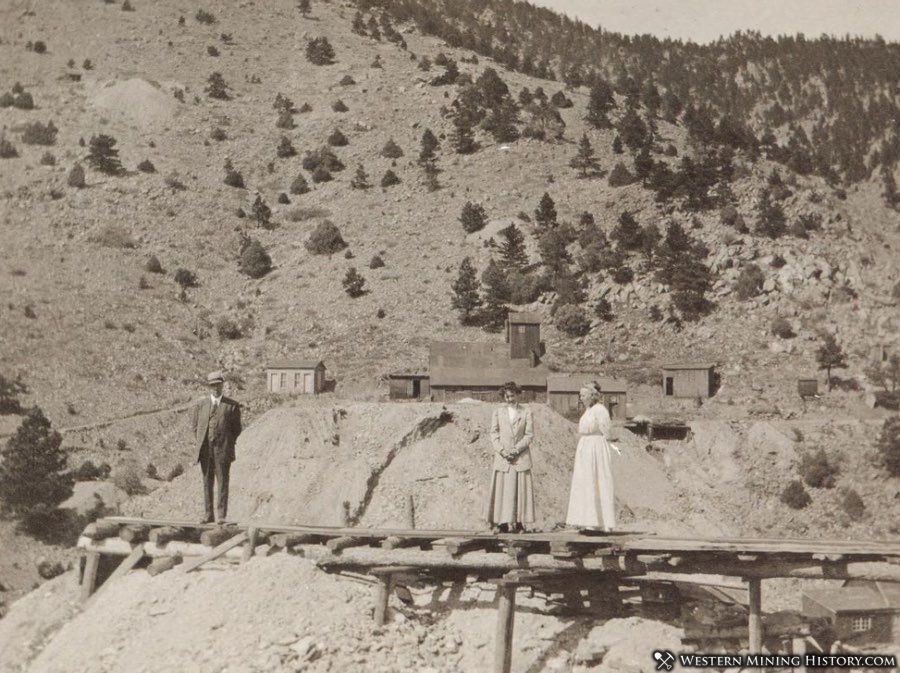 This Salina area photo possibly depicts the Richmond mine ca. 1910

"Compressors, air drills and necessary machinery for successful operation have been ordered and are now in transit. The tunnel, which starts in at the level of the base of the Ingram dump, is being driven to cross cut all the 30 properties and is being pushed by two shifts of miners with great vigor. This tunnel has already intersected the Richmond vein and quite an amount of mill dirt has already been shipped, with large reserves in sight."

"The old workings of the property will furnish an immense amount of mill dirt when in ship shape as contemplated by these vast improvements, while, at the present time the Monell mill at Salina is being furnished a grist from the Richmond which keeps it going constantly to the exclusion of other ores."

"Within sixty days, it is stated, the company expects to be able to deliver 50 tons per day of the high grade mill dirt and to keep that up for an indefinite time. The Richmond has a handsome record as a producer and the Camera is glad to note that it is being refurbished and refitted."

"Recent great finds at Salina have brought that camp to the fore, although it has always been difficult to say just where Salina begins and Sunshine and Gold Hill leave off, so close do these prolific producers of gold ores lie to each other."

"The Valley Forge, Ingram, Bell, Miners Hope, White Crow, Oceola, American, Grand View, Emancipation, Slide and Victoria are among the great mines which have contributed to the deserved fame of this section, but none have enjoyed a better record than the property Governor Smith's company now has in hand." 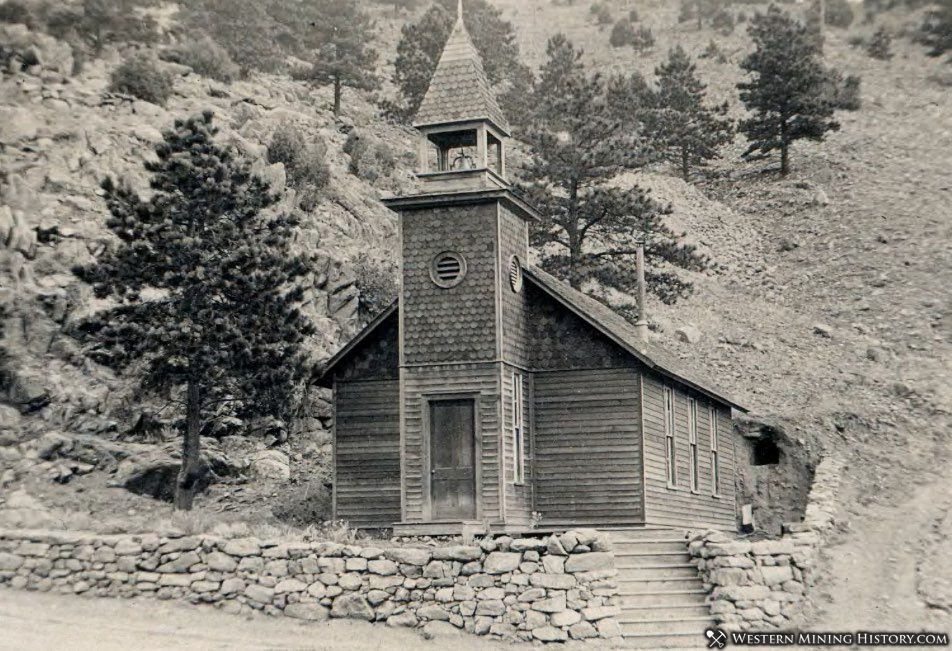 By 1920, only 75 people remained and in 1925 the post office closed. The community of Salina never completely died however, and today a few dozen people still call the town home and the historic school and church buildings still remain.

The Little Church in the Pines, pictured above around 1910, still stands today and is in use as a church and community center.