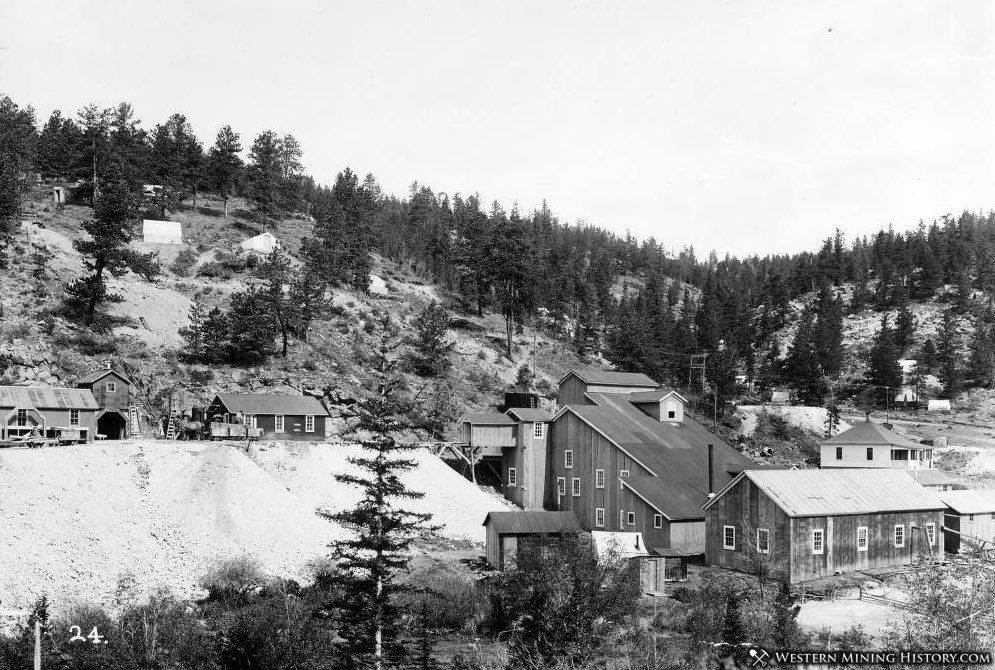 Tungsten had a post office from 1916-1950. This page is a place holder but I wanted to clear up some misconceptions about the town of Tungsten until a better history can be written.

Tungsten was apparently one of the many towns that came to prominence during the World War I tungsten boom in Boulder County. Details of the town of Tungsten are difficult to find. What is known is that the town was known originally as Stevens Camp, and according to newspaper articles from 1916 it had a population of 600 at that time.

What is told of the town on many sites seems to be pure fabrication copied from a book on Colorado Ghost Towns. This book, published in 1959, is known to be the leading work on the subject. However, I have found that many details and stories recounted in the book cannot be verified from any other sources, and many details such as dates and events are simply incorrect.

This book has been quoted extensively on the internet, even on government websites, resulting in the history of many Colorado Ghost towns originating from this book and not from actual events.

So did Tungsten really have up to 20,000 residents as quoted by other sites? Most surely not. Nederland, the districts primary city, had a peak population of around 3,000. I suspect that the author took some statistics from the entire tungsten district and applied them to the town of Tungsten, creating a mythical tungsten boom city that never existed.