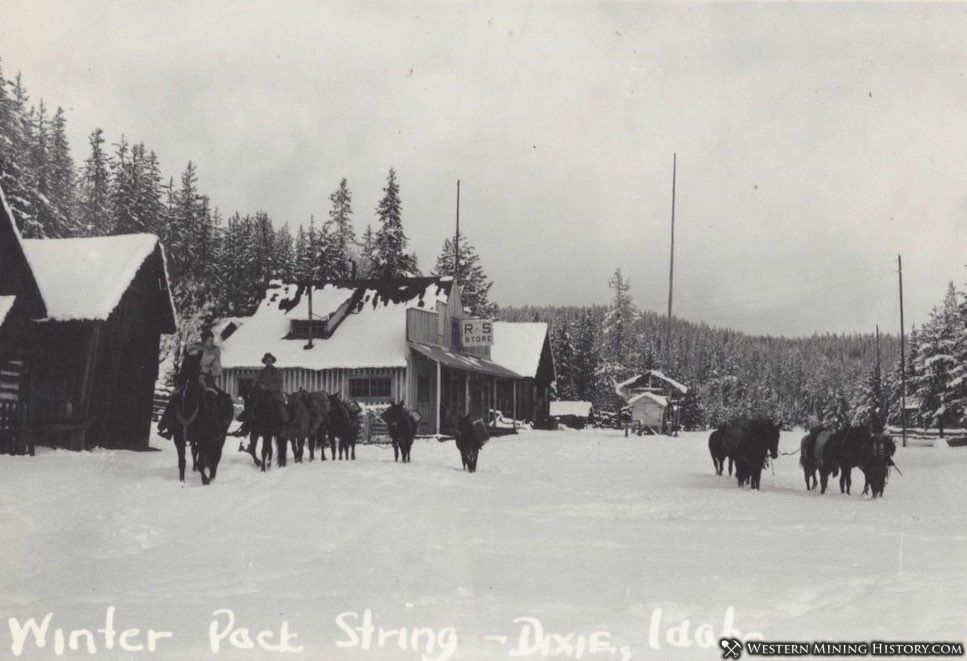 Not much is known about the history of Dixie. The town was one of the earliest mining camps in Idaho, founded in 1862. A Forest Service sign in town relates a short history of the town:

Dixie was founded on August 24, 1862, by two miners who trekked over the divide from Elk City and discovered gold in Dixie Gulch. Supposedly, Dixie was named in honor of Dixie, Georgia, one of the first miner's hometowns. 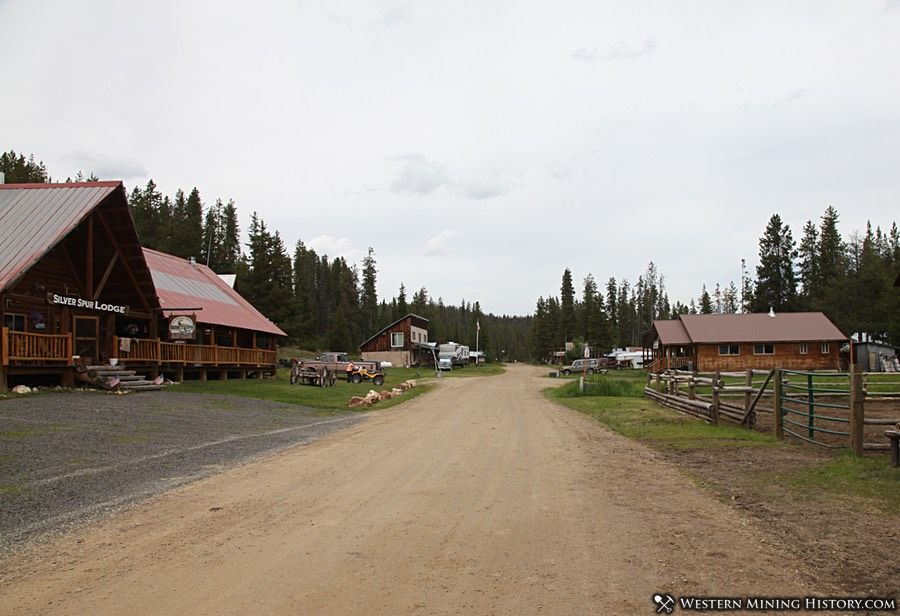 In 1900, Dixie was a boomtown. During World War One, Dixie was almost deserted as residents joined the service. By the Depression, people were moving back to eke out a living by mining a little gold. Increases in gold prices from 1932 to 1937 prompted the restaking of many properties and prospecting for new lodes.

The 1899 publication An Illustrated History of Idaho gives a brief description of the town and mining district: "The Dixie district is another new camp opened up in the last year. It lies south from Elk City, and is on the head waters of the south fork of the Clearwater."

"The ores are of high value, and ledges carrying every character of ore are found, -lead, iron, copper, zinc, antimony, gold and silver. The great Buffalo Hump district lies in the center of a triangle, with Florence, Elk City and Dixie at the three corners of the angle." 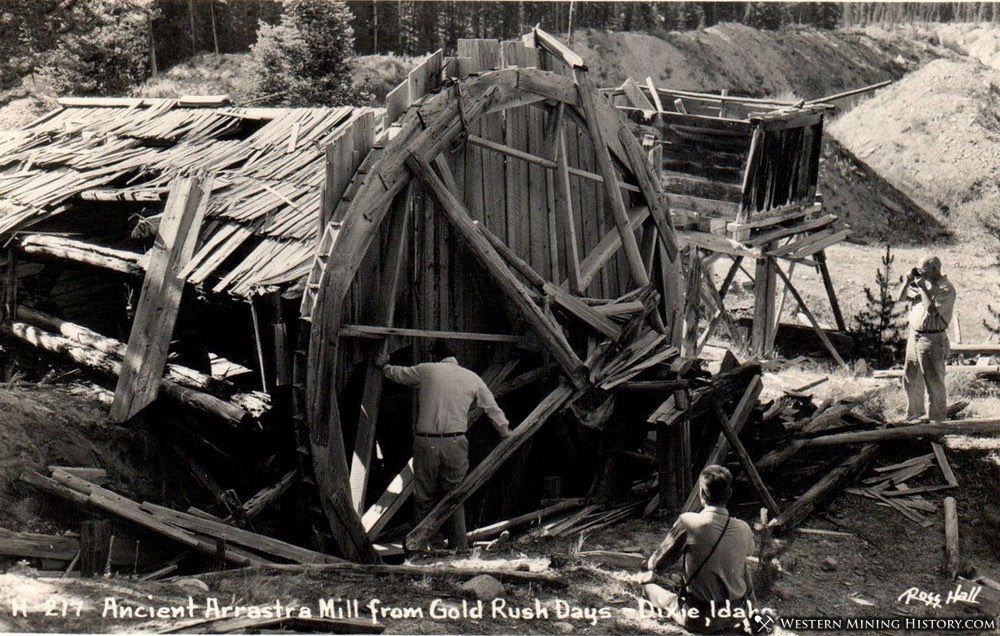 Remains of an arrastra mill at Dixie, Idaho 1940s

The 1900 boom was related to the discovery of gold at Thunder Mountain. Dixie was a deep-wilderness outpost that was well-situated as a supply center for the Thunder Mountain rush.

A 1902 newspaper article describes a prosperous mine near Dixie: "After development work of but nine months, the Northern Star property at Dixie, Idaho, has yielded $500,000 worth of ore which is now on the dump. A plant will be installed."

Today Dixie is an extremely remote town that is still active with retirees, vacation cabins, and an active lodge catering to hunters and backcountry explorers. The town sits on the Gold Rush Loop Tour, along with Elk City and other local mining camps.