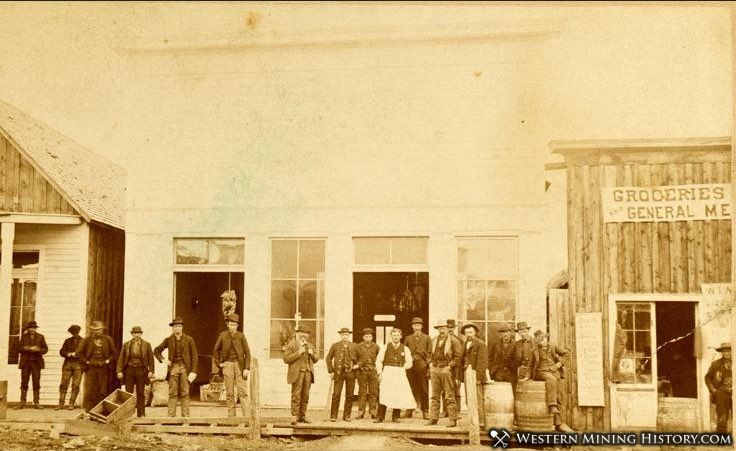 Originally the smelting center of the Warm Springs mining district, the town was first named Leadville in 1880. The postal department decided that was too common and renamed it for David Ketchum, a local trapper and guide who had staked a claim in the basin a year earlier. Smelters were built in the 1880s, with the Philadelphia Smelter, located on Warm Springs Road, processing large amounts of lead and silver for about a decade.

After the mining boom subsided in the 1890s, sheepmen from the south drove their flocks north through Ketchum in the summer, to graze in the upper elevation areas of the Pioneer, Boulder, and Sawtooth mountains. By 1920, Ketchum had become the largest sheep-shipping center in the West. In the fall, massive flocks of sheep flowed south into the town's livestock corrals at the Union Pacific Railroad's railhead, which connected to the main line at Shoshone.

After the development of Sun Valley by the Union Pacific Railroad in 1936, Ketchum became popular with celebrities, including Gary Cooper and Ernest Hemingway. Hemingway loved the surrounding area; he fished, hunted, and in the late 1950s bought a home overlooking the Wood River in nearby Warm Springs. It was there he committed suicide; he and his granddaughter, model and actress Margaux Hemingway, are buried in the Ketchum Cemetery. The local elementary school is named in his honor.