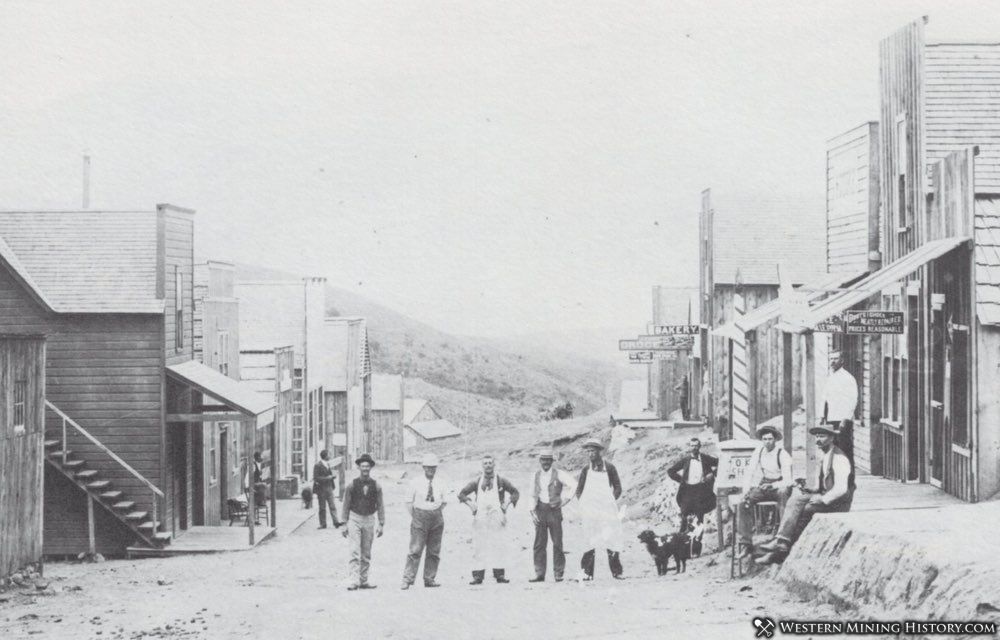 From a historical sign near the Pearl town site:

Gold mines high on a ridge above here maintained an industrial community at Pearl from 1894 to 1910 when ore ran out.

Now a silent reminder of Gem County's major gold rush, Pearl once boasted of 3 mercantile stores, a butcher shop, 4 saloons, 2 hotels, one church, a fire station, and an Odd Fellows Lodge. Although Pearl has deteriorated slowly since 1910, the lure of gold has continued to spark interest there as recently as 1982. 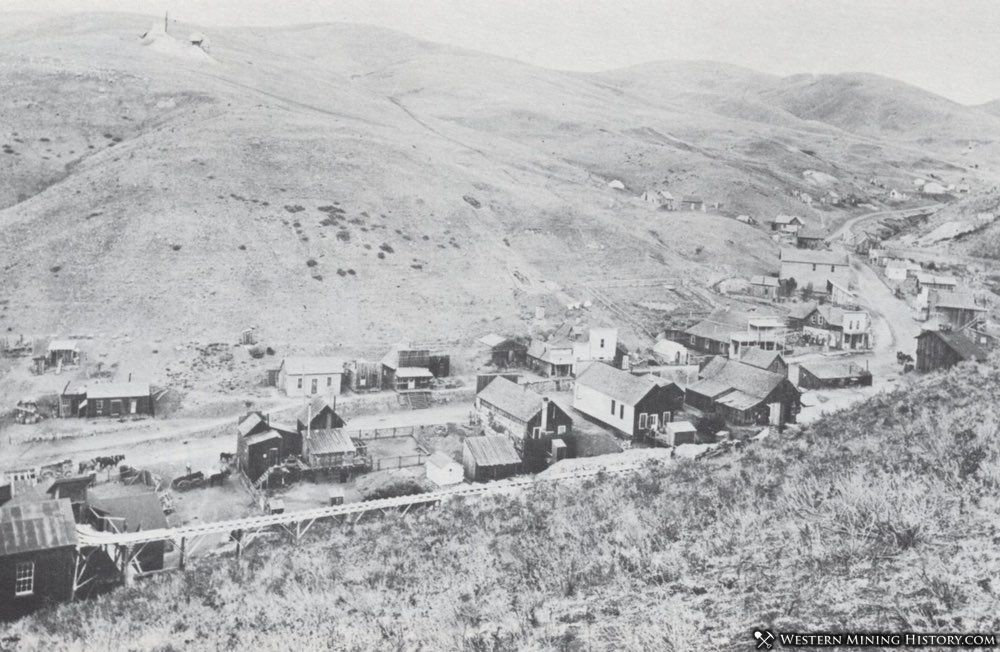 The 1983 publication Gold Camps and Silver Cities by Merle W. Wells and the Idaho Bureau of Mines and Geology gives a more detailed account of the history of Pearl:

Although development of lode mining around Pearl did not come until much later, a considerable stir was created in Boise on December 7, 1867, when the proprietor of the Dry Creek station and ranch showed up with some good looking quartz specimens from two substantial veins on Willow Creek.

The ledges, two hundred feet apart, were parallel and well defined. The gulch between them prospected well, and miners hoped to be able to recover $8 a day by putting in a reservoir to provide water for their operations.

At the very beginning of the excitement, the sale of a hundred feet on one of the veins for $400 showed that there was interest in Willow Creek properties. But after a limited amount of work was done at the Red Warrior at Pearl in 1870, the district remained dormant until gold mining staged a comeback during the Panic of 1893.

While Pearl was inactive, lode discoveries on Squaw Creek expanded the Pearl area's mineral potential northward across the Payette, primarily after 1880.

W.H. Dewey, who had become a wealthy Owyhee mine developer, took over the major mine at Pearl in November 1896. By the time his son, Edward H. Dewey, got through, a shaft had been sunk to a depth of 585 feet. Below the 400-to 500-foot level, sulfides became too much of a problem, and operations had to shut down after about a decade of production.

Another major property went into receivership, but was sold for $11,000 in November 1908. Extending the shaft to 540 feet in 1919 proved unrewarding, as did a limited amount of additional development in 1926 and 1932. Lesser properties had the same problem.

Since Pearl's mines were not exactly worked out, interest in them continued long after significant production ceased. About 20,000 ounces of gold, valued at about $400,000 when mined, came from early operations at Pearl. Testing of old lodes at Pearl finally brought renewed activity to that old mining camp in 1980.