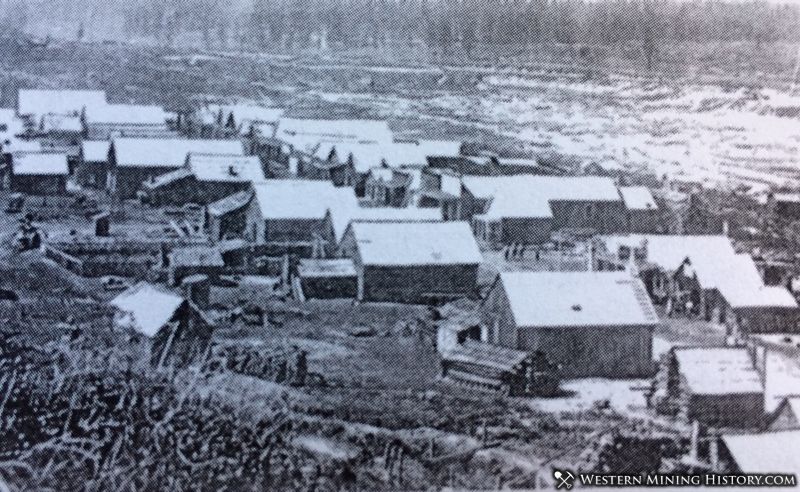 Pioneerville, also known as Fort Hogem and Pioneer City, was one of the four prominent mining camps that emerged during the Boise Basin gold rush of 1862.

As basin placers ran out in the late 1860's, a smelter was built in Pioneerville in an attempt to profit from local silver ores. Not much is on record about the performance of the smelter and it is likely the venture was not successful.

Hydraulic elevators were built around Pioneerville in the 1880's which were successful in keeping the gold industry, and the town of Pioneerville, alive for a while longer.

More info on the history of the Boise Basin gold rush can be read on the Idaho City and Placerville town pages.