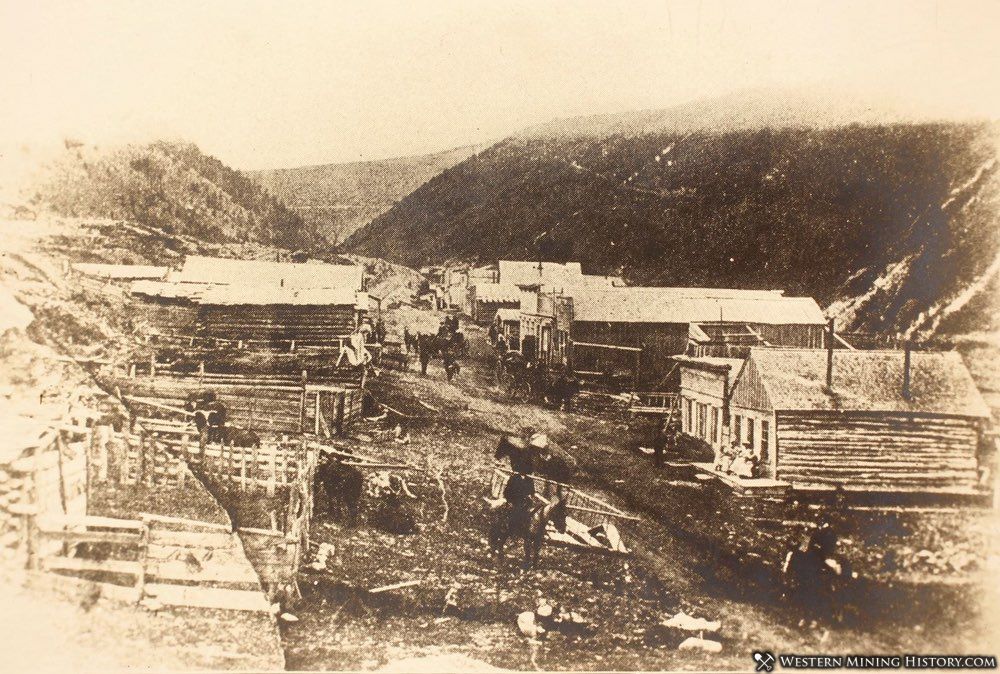 The Confederate Gulch mining district, containing some of the richest placer ground in Montana, lies on the western slope of the Big Belt Mountains between Helena and Townsend east of the Missouri River (now Canyon Ferry Reservoir).

A rush followed the initial discovery of gold late in 1864, swelling the population of Confederate Gulch to 10,000 at the peak. During the boom, miners worked placer claims on the upper stretch of Confederate Gulch and its tributaries, especially Boulder Creek, Montana Gulch, and Cement Gulch.

Diamond City provided supplies and entertainment for miners and served as the first seat of Meagher County. The Confederate Gulch district continued to produce gold, through both lode mining and dredging, at least into the late 1940s

Jack Thompson, Washington Baker, Fountain M. Dennis, and John Wells are credited with the initial discovery of gold along Confederate Gulch late in the fall of 1864. Word leaked out and the three men were soon joined by 500 more in the upstart settlement of Diamond City.

Hydraulic mining chewed up land and diverted water in Confederate Gulch to the point where it undermined the buildings in Diamond City. Townspeople relocated the buildings and the city continued to boom during the late 1860s. As the placer claims played out, the population dwindled during the next decade until approximately 60 residents remained in 1880.

Text courtesy of the Montana DEQ