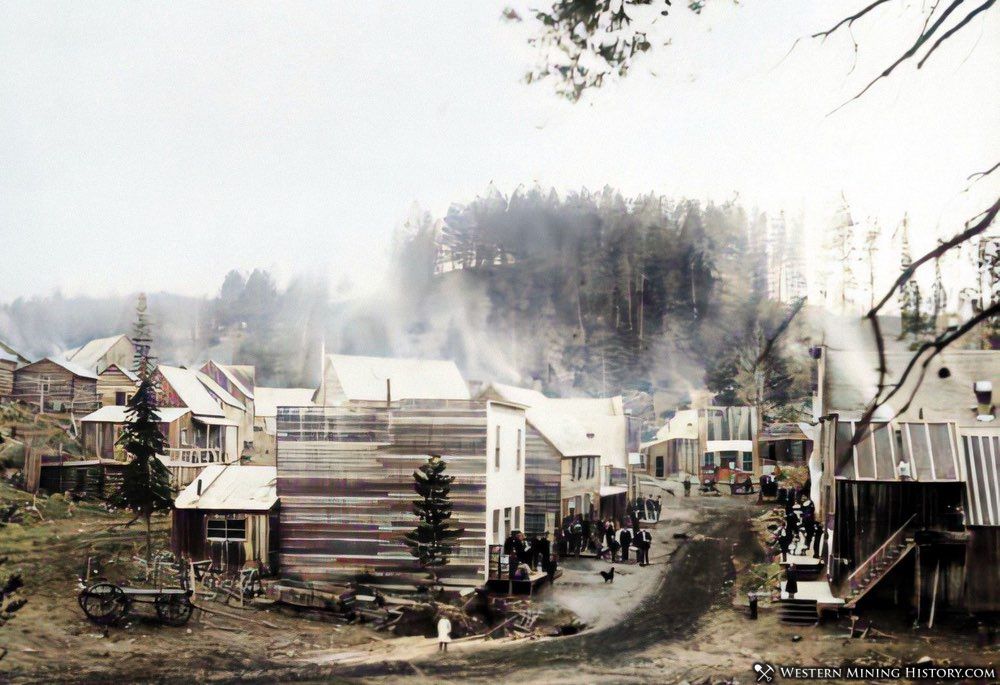 The area around Garnet was placer mined for gold as early as the mid-1860s. As the gold was exhausted prospectors began searching for the source of the gold in the mountains above the placer mines. The first lode gold deposits were located in the 1870s and were worked intermittently at small scale for many years. The mines remained small however and it wouldn't be until the 1890s that lode mining would begin at scale.

The first event that spurred new interest in the Garnet area was the repeal of the Sherman Act in 1893 which devalued silver and caused silver districts to collapse over night. The nearby Granite district was one of the nation's top silver producers at the time, and hundreds of miners there suddenly found themselves out of work. Many of those miners left Granite in search of gold and interest in the Garnet area intensified.

Although many miners arrived in the area starting in 1893, it was long-time resident Samuel Ritchie that would make the discovery that redefined the district. Ritchie had prospected and mined the district for decades. In 1873 he located the Nancy Hanks mine and worked it alone intermittently for years. In 1895 he struck a rich ore body underground while working the Nancy Hanks and the mine would quickly become district's leading producer.

Between the discovery at the Nancy Hanks, miners pouring into the district after the silver crash, and renewed interest by distant capital, the Garnet district experienced a boom that in 1896 resulted in the formation of the town of Garnet. The town established a post office that year. 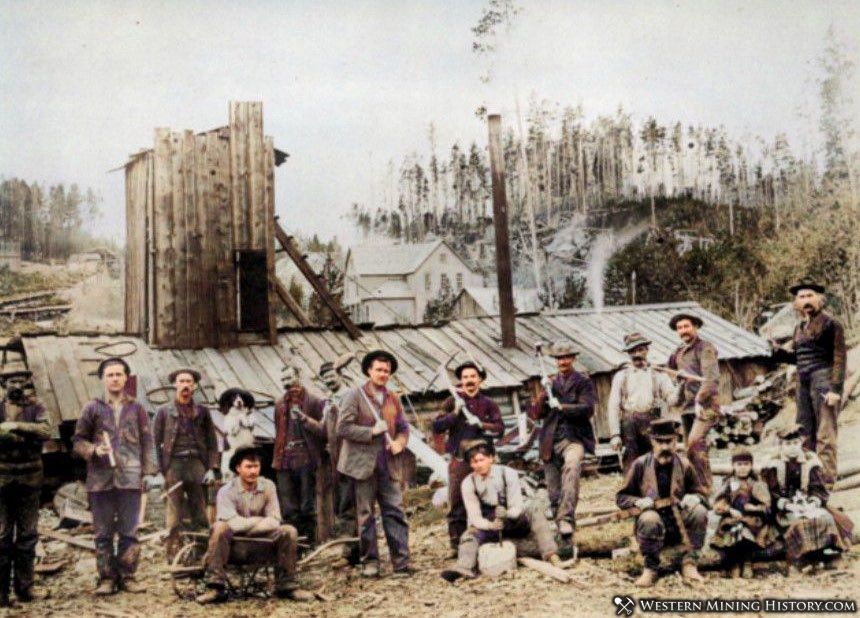 Nancy Hanks Mine at Garnet, Montana

By 1898 Garnet had around 1,000 residents and was reported to have seven saloons, six general stores, four hotels with two more under construction, a butcher, an assay office, and many miner's cabins.

Garnet peaked around the turn of the century with four major mines and numerous small operations working day and night. This level of production could not be sustained however and by 1910 many of the mines had closed and Garnet's population fell to just a couple hundred. In 1912 a devastating fire burned much of the town. In 1928 the post office closed and in 1930 just one resident remained.

Garnet saw a small resurgence during the Depression years and between 1935 and 1942 several mines were in operation, the post office returned, and the saloon and store reopened. World War II was the end of mining at Granite however and the town would never again recover. Starting in the late 1940s, looters began carrying of anything that wasn't nailed down, and even some things that were nailed down including the staircase from an abandoned hotel.

In 1970 the BLM took over the townsite and worked to stabilize the remaining structures. Today Garnet has over 30 buildings maintained by the Garnet Preservation Association and the BLM. The town is a popular tourist destination and is considered one of the West's best-preserved ghost towns.